How the University of Tokyo supports startups

Commitment to Innovation
How the University of Tokyo supports startups

The Division of University Corporate Relations of the University of Tokyo has since 2004 been providing various assistance to University-related startup companies aiming to commercialize the University’s research results. We asked Project Professor Katsuya Hasegawa, who has been working at the forefront of these support efforts since 2009, to introduce these initiatives, which aim at going from the pursuit of knowledge to the application of that knowledge to everyday life. 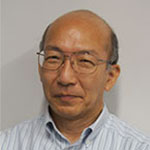 Katsuya Hasegawa
Project Professor, Office of Innovation and Entrepreneurship, Division of University Corporate Relations
After earning an MS from the Graduate School of Engineering of the University of Tokyo, he joined Matsushita Electric Industrial Co., Ltd. (currently Panasonic Corporation), engaging in large-scale integration (LSI) semiconductor research and development. He was also involved in venture investment activities in Silicon Valley. He later became a professor at Waseda University in the Management of Technology (MOT) Program, before assuming his current position in 2009.

Incubation and education as the two pillars

In the Division of University Corporate Relations, startup support is built on two pillars — incubation after launching a new company, and education before creating a company. In the incubation area, financial support from investment companies, including UTokyo Innovation Platform Co., Ltd. (UTokyo IPC) and The University of Tokyo Edge Capital Co., Ltd. (UTEC), are not to be overlooked, but the University itself also provides support in many forms, such as operating incubation facilities. Additional assistance is given by making available buildings where startup companies can enjoy low-rent spaces, along with other “soft infrastructure” support. For example, the University contracts with corporate lawyers and certified public accountants to provide free consulting for startups.

Incubation facilities include the Entrepreneur Plaza (30 rooms) and Entrepreneur Lab (32 rooms) on the Hongo Campus, and the Campus Collaborative Research (CCR) Building Incubation Rooms on the Komaba II Campus, as well as rooms newly available in 2019 on the Kashiwa II Campus.

The Entrepreneur Plaza was opened in 2007 with the cooperation of Aderans Co., Ltd. founder and philanthropist Nobuo Nemoto, and has been fully occupied for the past several years. To add more capacity, the Entrepreneur Lab was opened in the South Research Building in the hospital area. A defining feature of this facility is its shared laboratories. As equipment for bio experiments can cost around 10 million yen — a huge burden for a startup company — we installed shared laboratories. Under a full-time laboratory manager, users have their own lab bench, while refrigerators, freezers, centrifuges, balances and other such items are basically shared. Such a sharing scheme is common at top American universities, but was rarely seen in Japan. While there are naturally concerns about information leaks in this kind of facility, I believe these are outweighed by the positive aspects such as information exchange and synergy.

In screening applicants, we place importance on growth potential of the company and its relevance to the University. Rather than a company that will always remain small, we are looking for a company that will have a big impact on society. The most important factor in relevance to the University is for the business to be based on results of the University's research. The contract period is from one to three years, and is set a bit longer in the case, for example, of bio ventures, where results are not likely to emerge in a short time. Contracts can also be renewed up to 10 years in total. Many of the companies stay only for around four years.

So far, a total of 80 companies have used the facilities. Of these, four companies became listed on the stock market and five succeeded in being bought out. Although being listed is just one step towards the success of a company, I believe it means things are going well. Among cases of startups leaving the incubation facilities, in addition to listing and buyout, there are some that moved on to different quarters due to physical lack of space.

On the education front, the Entrepreneur Dojo has the longest history. The Entrepreneur Dojo is a systematic learning program on entrepreneurship and startups that began 15 years ago. Starting out originally as an extracurricular activity, some of the course subjects are now part of the Faculty of Engineering, for which credits can be earned by submitting the required coursework. Classes are 105 minutes long, with the first half comprised of lectures by UTokyo instructors and the latter half made up either of presentations by guest instructors or of seminars. Around the end of the term, a business plan competition is held. Winners get the chance to travel overseas, spending five days in Beijing, China for exchanges with local startups.

Most of the students taking part in the Dojo go into the working world after graduation, but more than a few have launched startups five to ten years later. Among the founders of startups, the success rate is higher for those who have working experience. A B2B (business-to-business) business, for example, is difficult to run without knowing the industry. It is much easier to succeed as a startup if you start a business after working for a few years to learn the business and build a human network.

One initiative other than the Dojo and the Ministry of Education, Culture, Sports, Science and Technology’s (MEXT) Exploration and Development of Global Entrepreneurship for NEXT Generation (EDGE-NEXT) program is the Hongo Tech Garage. There are many UTokyo students who have the technology for making things and want to put that technology out into the world. Even though such students are promising innovators, they tend to see startup companies as something unrelated to them. So, with cooperation from Daiwa Securities Co. Ltd., we have created a secret base for these UTokyo students who have their own technologies. The base is equipped with a 3D printer, laser cutters, lathes and other machining tools, as well as high-performance PCs for deep learning use.

SFP (Spring/Summer Founders Program) is a technology project conducted intensively during the spring and summer breaks. Support funds ranging anywhere from 30,000 to 300,000 yen are distributed to around 15 teams, in which students work together to produce something interesting. Companies like Google and Facebook also started out by making something they thought would be interesting and grew from there. I believe that increasing these kinds of student projects will nurture Japan’s startup culture.

FoundX is a series of startup programs beginning this fiscal year (2019), with the cooperation of companies like Daikin Industries, Ltd. and Mitsubishi Estate Co., Ltd., intended as a bridge between education and incubation. Aimed mainly at alumni, the initial site is in Hongo, in what used to be a bar called Chimney. People who want to establish a company are provided with the space for three to nine months, and given other assistance until the first round financing. For those who would like to start a company but are lacking ideas, matching with research seeds in the University is also offered.

TODAI TO TEXAS is a project that sends UTokyo teams to South by Southwest, a huge conference which has been held annually in Texas, USA since 1987. A team that developed a robotic prosthetic leg won the Student Innovation Award at the conference’s Interactive Innovation Awards in 2017, and then went on to launch a startup, which is now located in the Entrepreneur Lab. This is an excellent example of bridging education and incubation.

If you can do what you want to do in your own organization, that’s fine, but it is often difficult to do something new within existing frameworks. In such a case, launching a startup is one way to do it. The hurdles that were once high have lately been lowered. Arrangements are being put in place at UTokyo to support startups of our alumni. So, we would also like graduates of the University to look to us for startup support.

UTokyo incubation facilities (those currently in operation as of September 2019) 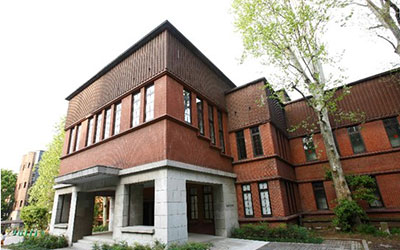 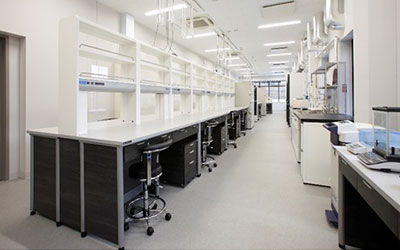 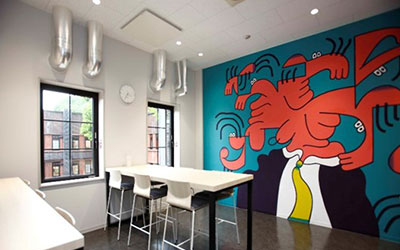 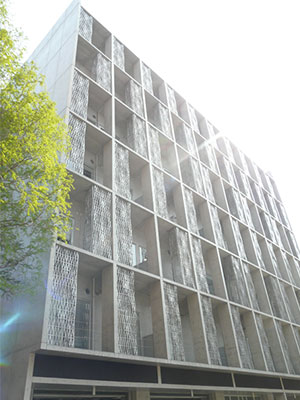 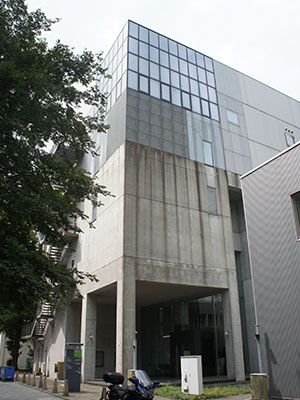 Examples of startups that have graduated from the UTokyo incubation facilities 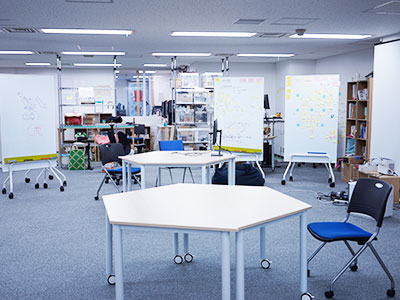 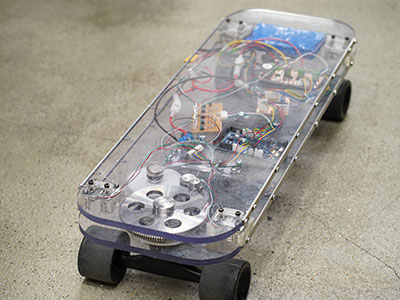 A development base for current students carrying out technology projects, located in a building along Hongo-dori Avenue. Among the many projects that have been supported so far are an automatic strawberry harvester, IoT skateboard, highly accurate manga translation technology and a glasses-mounted hearing aid for persons with hearing difficulty in one ear. SFP projects also take place here. 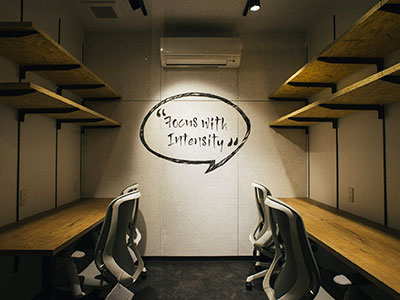 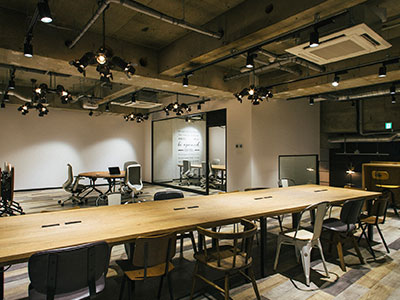 Pre-incubation programs offering education and support for entrepreneurs and for ventures inside major corporations in the very early stages. Three types of programs are available for different stages: Fellows, Pre-Founders and Founders. In addition, there is a FoundX Supporters program for alumni wishing to support founders. 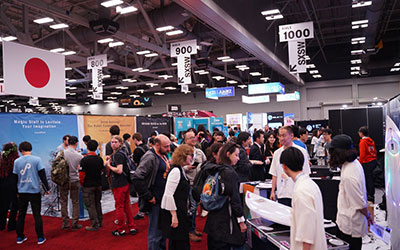 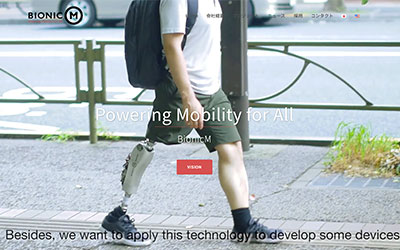 A program intended for project teams made up of current students and researchers or startups by alumni. The team BionicM, which won the TODAI TO TEXAS program and traveled to Texas in 2016, is today conducting business in the Entrepreneur Lab.→http://www.bionicm.com/en/top