Artificial intelligence versus the brain What can rats tell us about the fundamental differences?

Artificial intelligence versus the brain
What can rats tell us about the fundamental differences?

Our current era is now in the so-called third artificial intelligence (AI) boom. Professor Hirokazu Takahashi has been engaged in brain research using the techniques of reverse engineering, an approach that strives to shed light on the underlying structure of products by taking them apart. According to Takahashi, there are two types of intellectual cleverness, and fundamental differences distinguish our brains from artificial intelligence. In rat experiments, “futility” or “uselessness” is a key word that frequently comes into perspective. If we understand the features of the brain, is it not “futile” to be “uselessly” fearful of AI? 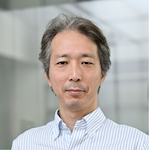 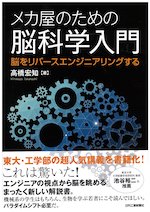 “Mekaya no Tame no Nokagaku Nyumon” [Introduction to Neuroscience for Mechanical Engineers] with its subtitle, “No wo Ribasuenjiniaringu Suru” [Reverse-engineering the brain] (Nikkan Kogyo Shimbun, 2016) assembles in book form a popular lecture series offered at the Faculty of Engineering. A sequel volume was released in 2017.

What is cleverness? It is projected that artificial intelligence (AI) will eventually dominate many industries, but what exactly is “intelligence”? Is it synonymous with the innate cleverness that resides in our brains? To help answer these basic questions, I have been engaged in sustained brain research in the Faculty of Engineering’s Department of Mechanical Engineering.

Like us, rats cleverly learn in response to day-to-day experiences. For example, if a rat is placed in an environment where it can receive a reward (food) if it presses a switch when presented with a specific sound or tone, it will gradually increase its switch-pressing behavior when presented with that sound. This type of spontaneous learning is called “operant conditioning” and has been a subject of study for many years. As observations of their learning behavior reveal, almost all rats will indiscriminately press the switch in the early stages of the learning process, but will eventually cease this futile switch-pressing behavior. However, because rats have their own personalities, the success shown by individual rats in solving this simple task will vary. For example, we occasionally observed rats that performed well at the beginning of the learning process, only to slack off in the final stage, or conversely, be slow learners at the beginning yet abruptly show rapid gains in performance toward the end. Looking at these experimental outcomes, I came to realize that cleverness should be explained in terms of at least two parameters: namely, the ability to engage in trial-and-error behavior at the beginning, and the ability to find an optimal solution (ability to optimize) through that experience. It may be acceptable to refer to these parameters respectively as the ability to produce useless or futile behavior and the ability to eliminate it.

Investigating changes in the brain that accompany this learning process, we find that the range of response to sound in the auditory cortex expands during the early learning stages and narrows in the final stages. Closer examination, moreover, finds a correlation between the size of the auditory cortex and neuronal diversity. In other words, as observed with the rats’ behavior itself, we discovered that individual neurons respond differently at the early stages of the learning process but eliminate useless responses and show much the same response pattern toward the end of that process.

I have recently focused my interest on autonomy as a feature of the brain that supports learning. The brain remains freely active even without any inputs. This spontaneous activity of the brain is thought to derive from thermal fluctuations (noise). That is, the brain is always generating useless noise but still destined by fate to process information of some kind. By contrast, computerized AI programs are designed to eliminate as much noise as possible. Herein lies a fundamental difference between AI and the innate cleverness of the brain. As an organ that operates effectively while dealing with thermal fluctuations yet without suppressing noise, the brain is arguably the ultimate model of energy-saving technology. Furthermore, the spontaneous activity that arises from noise may be the source of the brain’s creative power. I surmise that the cleverness of the brain resides in its ability to identify useful solutions while generating useless or wasteful noise.

In this day and age with its quest for maximum efficiency, AI has gained value as a useful technology primarily for the purposes of automation. By contrast, the spontaneously active brain is not suited for automation at all. At first glance, this spontaneous activity may be perceived as a useless process. However, it is precisely this neural autonomy that holds the key to the future happiness of humankind. In pursuing a life of well-being and happiness, we will want to fully harness the source of our brain’s innate cleverness (autonomy) rather than depend solely on the benefits of artificial intelligence. To that end, it will be imperative to not only improvise ways of mitigating useless noise or activity, but also develop the flexibility or openness to accept it.