UTokyo alumni who took Japan to the Olympics As personified in the NHK saga drama, “Idaten: Tokyo Olympics Story”


UTokyo alumni who took Japan to the Olympics
As personified in the NHK saga drama, “Idaten: Tokyo Olympics Story”

The NHK flagship drama, “Idaten: Tokyo Olympics Story” utilizes a relay format in its depiction of the two main protagonists – Shiso Kanakuri and Masaji Tabata – to deliver a narrative on the 52-year history of the Olympic Games from Stockholm to Tokyo. This drama portrays numerous individuals with connections to the University of Tokyo. Many people, who have watched them in action or not, will enjoy learning of the achievements of these renowned alumni through the faces of the actors behind their character portrayals. 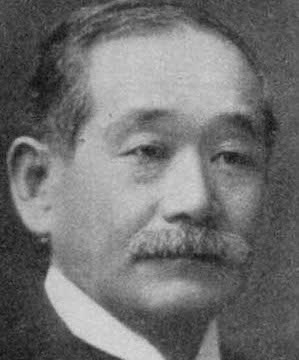 After graduating with a degree from Tokyo Imperial University’s Faculty of Letters, Kano served as principal of the First Higher Middle School, and later as president of the Tokyo Higher Normal School (now the University of Tsukuba). Kano established the martial art of judo and was known for his judo accomplishments worldwide. In recognition of those accomplishments, he was invited by Pierre de Frédy, Baron de Coubertin to join the International Olympic Committee (IOC) as its first Asian member. Kano, who was enamored by the spirit of the Olympic Games that championed the values of peace, worked hard to bring Japan into the Olympics, and saw his efforts reach fruition at the 1912 Stockholm Games. Japan sent two track-and-field athletes to Stockholm and thus joined the world of international sports. Subsequently, Kano built the Meiji Jingu Gaien Stadium in Tokyo to fulfill his dream of holding the Olympic Games in Japan. He energetically explained the significance of holding the Olympics – an event hitherto held only in the West – in the Far East, and at the IOC Congress in 1936 succeeded in wringing out a decision to have the Games held in Tokyo. Although Kano’s death rendered the planned 1940 Tokyo Games into a dream unfulfilled, his successors inherited his aspirations.

A “father of modern sports” in Japan, who supported Kano 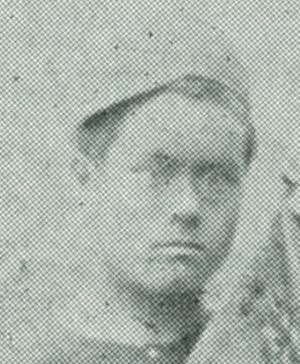 Active as a rower during his years as a student in Tokyo Imperial University’s College of Law, Kishi is shown in a photo from “the fifty-year history of the Tokyo Imperial University Rowing Team” as a member of the College of Law Rowing Team after its victory in the third rowing competition. Following graduation, Kishi pursued a career as an international lawyer. He was involved early on with the Japan Amateur Athletic Association (now the Japan Sport Association), which had been founded by Kano, and was mainly engaged in the task of helping the association develop its financial base. Furthermore, he provided pragmatic support to the often overly idealistic Kano. In 1921, Kishi began serving as the association’s second president, and in 1924 became the second Japanese national to join the IOC. At the IOC Congress in 1932, he announced plans for Tokyo to hold the 1940 Olympic Games, but passed away the following year. Built with donations from Kishi himself, the Kishi Kinen Taiiku Kaikan (“Kishi memorial gymnasium”; later renamed the Japan Sport Olympic Square) was a sports complex that eventually gained prestige as the main facility of the sporting world in Japan. Since relocated adjacent to the National Stadium in Tokyo, it is fronted by bronze statues of Kishi along with Kano and Baron de Coubertin.

Helped rebuild the athletic association in his role as vice president 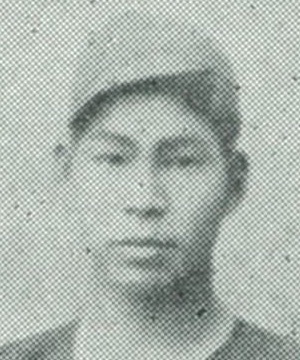 Takeda is shown along with Kishi in a photo from “the fifty-year history of the Tokyo Imperial University Rowing Team.” While enrolled in the College of Law, he received instruction from Frederick Strange and became familiar with the world of sports. Following a career that included service as governors of Akita Prefecture and Aomori Prefecture, in 1913, Takeda became the vice president of the Japan Amateur Athletic Association and worked with Kishi to restructure the association’s finances. In 1917 he earned distinction as the person who coined the name of the “ekiden” (a long-distance relay race).

As mayor of Tokyo, he successfully led Tokyo’s bid to host the 1940 Olympics, which eventually never happened 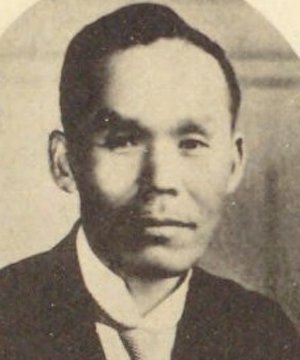 After graduating from the College of Law and serving as governors of both Iwate and Gunma prefectures among other roles, in 1933, Ushizuka became the 15th mayor of Tokyo and inherited the effort by his predecessor, Mayor Hidejiro Nagata, to bring the Olympic Games to Tokyo. Although then-IOC President Henri de Baillet-Latour was against having Tokyo host the Games, Ushizuka warmly welcomed him when he came to Japan. Asahi Shimbun reported that upon learning that Tokyo had been selected as the host for the Games, Ushizuka exclaimed that his long-cherished dream had been fulfilled. 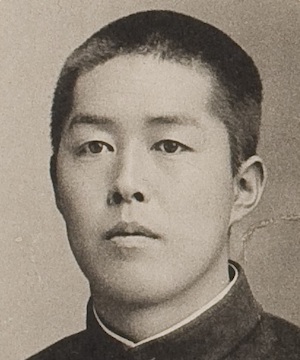 Sugimura joined the Ministry of Foreign Affairs after graduating from the College of Law. Following an assignment to the Japanese Embassy in France and tenure as the deputy secretary-general for the League of Nations, he became a member of the IOC in 1933. At the time, Italy was competing with Tokyo to host the 1940 Games. Acting on a request by Kano, whom he respected as a judo practitioner himself, Sugimura held direct negotiations with Italian Prime Minister Mussolini and created an opportunity that allowed Michimasa Soejima, despite his illness, to obtain a promise that Rome would withdraw its candidacy. 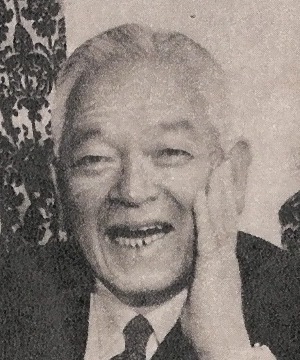 After graduating from the College of Law, Tsushima joined the Ministry of Finance. While there, he worked in earnest to help eliminate the nation’s postwar debt burden, and served twice as finance minister. Tsushima succeeded Ryotaro Azuma as president of the Japan Amateur Athletic Association, and later served as president of the Tokyo Olympic Organizing Committee. However, in 1962 he resigned from those posts following criticism of his handling of the Asian Games. His successor in the latter post was Daigoro Yasukawa, who had earned a degree from the Technical College (Faculty of Engineering).

As Tokyo governor, he did his best to have the Olympics held in Tokyo 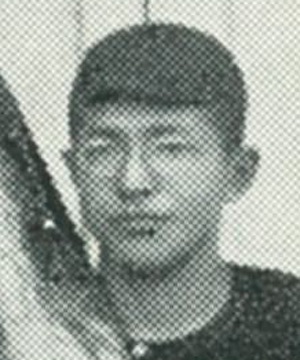 Born into a physician’s family, “Toryu-san” (his nickname combining the first and second characters of his name) was active on the rowing team while enrolled in the University’s Medical College. After graduation, he took up a professor’s post at his alma mater and became a trailblazer in the field of sports medicine. While working as an assistant professor, in 1928 Azuma submitted an application along with Professor Mataro Nagayo, a future University president, seeking approval to establish the Tokyo Imperial University Athletic Foundation, and in 1936 penned an article for its bulletin, commemorating the 50th anniversary of the University’s rowing team. His activities extended beyond the University. In 1947, Azuma assumed the presidency of the Japan Amateur Athletic Association; in 1950 he began a long-term tenure as a member of the IOC and worked hard to bring the Olympic Games to Tokyo. Azuma was appointed president of Ibaraki University in 1953. When the decision to have Tokyo host the Games was announced in 1959, Azuma became governor of Tokyo with enthusiastic backing from Masaji Tabata, an official who strongly yearned to see the Tokyo Olympics become a success. Azuma served two terms (eight years) as governor, and demonstrated his leadership in ensuring the success of the first Olympiad to be held in Asia. 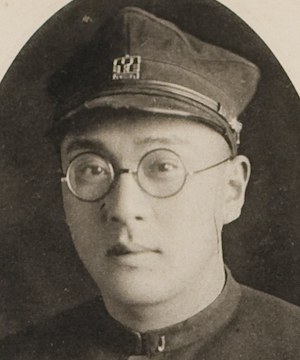 After graduating from the Faculty of Law, Tabata became a political reporter at the Asahi Shimbun. While demonstrating his reporting talents with articles on the February 26 Incident and other events, Tabata focused his energy into his activities as a swimming coach. Born in Hamamatsu, Shizuoka Prefecture, he had become highly experienced with the sport of swimming during his youth, but at one point suffered from gastroenteritis and gave up his athletic activities on the advice of a doctor. Together with Ikkaku Matsuzawa, Tabata helped launch the Japan Swimming Federation and sent athletes to the 1928 Amsterdam Games. He served as head swimming coach at the 1932 Los Angeles Games, contributing to Japanese competitive swimming gaining prominence in the world, and basked in the splendor of the Olympics. Tabata headed the Japanese teams to the Games in Helsinki and Melbourne, and later led preparations for the Tokyo Olympics as director general of the Olympic Organizing Committee. Although he was forced to resign unwillingly, Tabata earned the moniker “Mister Olympics” in recognition of the efforts he expended in the interest of the Games.

Designed the Yoyogi National Gymnasium, a structure that embodied the values of Japanese architecture 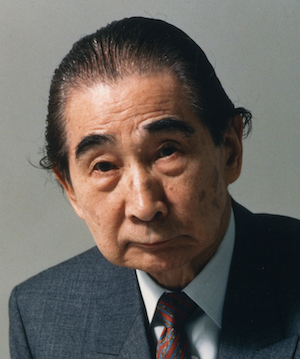 After graduating with a degree from the Faculty of Engineering, Tange engaged as a professor at his alma mater and also was active as a professional architect. He had a major impact in Japan and abroad as designer of the Yoyogi National Stadium that served as the venue for swimming and basketball events at the 1964 Tokyo Olympics, and was awarded a Diploma of Merit by the IOC after the Games. Elements of his architectural style are also evident in the designs of the Administration Bureau and Administration Building 2 on the UTokyo Hongo Campus.

Attended Antwerp Games as a coach

Tatsuno’s father was Kingo Tatsuno, a renowned architect. During his studies in the Faculty of Law, Tatsuno was active on the track and field team and held the Japanese records for the shot put and hammer throw at the time. Following graduation, he pursued a career as an attorney. In 1920 Tatsuno accompanied Japan’s national team to the Antwerp Games as a coach. On witnessing the competitive power of other nations in the Games, he stressed the necessity of studying sports trends overseas.

As master of ceremonies, he introduced a new closing ceremony format

Matsuzawa was active on the swimming team while enrolled in the Faculty of Science, and served as a coach at the 1932 Los Angeles and 1936 Berlin Games. Later, he demonstrated his talents in ceremonial production and at the 1964 Tokyo Games adopted a new format for the parade of athletes during the closing ceremony. This was later popularized as a classic formula known as the “Tokyo style.”

After graduating from the Faculty of Law, Hirasawa joined the Ministry of Foreign Affairs and worked as a diplomat in the United States. While on a boat sailing for Yokohama, he met and took care of Kano in his final days. Hirasawa would later pursue a media career, becoming a regular face on television as a commentator for NHK. Although he was initially against the idea of Tokyo hosting the Olympics, an address he delivered at the IOC Congress at the request of Azuma and Iwata proved to be a decisive factor leading to the selection of Tokyo as a host for the Games.

Iwata was active on the sailing team while enrolled in the Faculty of Law. Although he did not fulfill his dream of competing in the Olympics, he attended the 1956 Melbourne Games as an observer for the sailing events. Iwata joined the Japanese Olympic Committee in 1957 and contributed to the Tokyo Olympics as Tabata’s right-hand man. He was also an active force behind the selection of Sapporo as host for the 1972 Games, giving a successful address at the IOC Congress.

Note: The photos of Kishi, Takeda and Azuma are from “the fifty-year history of the Tokyo Imperial University Rowing Team,” while the photos of Sugimura and Tabata are from graduation albums (both from the University of Tokyo Archives).

The characters portrayed in the NHK drama were not the only members of the UTokyo community involved in facilitating the Olympic Games. A few more are introduced below.