Deep beneath the Pacific Ocean off Japan’s coast lies an uneven surface of the seabed where underwater mountains about the same height as the country’s tallest peak, Mount Fuji (elevation 3,776 meters), stand, and tectonic plates overlap. Such features of the ocean floor and its geological structures can be captured by collecting sonar data for years.

Park Jin-Oh, an associate professor at the Atmosphere and Ocean Research Institute (AORI), has been collecting and analyzing such data over the past decades, with hopes of understanding the mechanisms that cause powerful earthquakes and giant tsunami. Focusing mainly on two areas – the Nankai Trough in the Pacific Ocean off central western Japan, which has seen massive earthquakes and tsunami once every 100 to 150 years, and the Japan Trench off the Pacific coast of northeastern Japan, where the 2011 Great East Japan Earthquake occurred – Park has examined the physical properties and structures of faults that could trigger massive earthquakes. 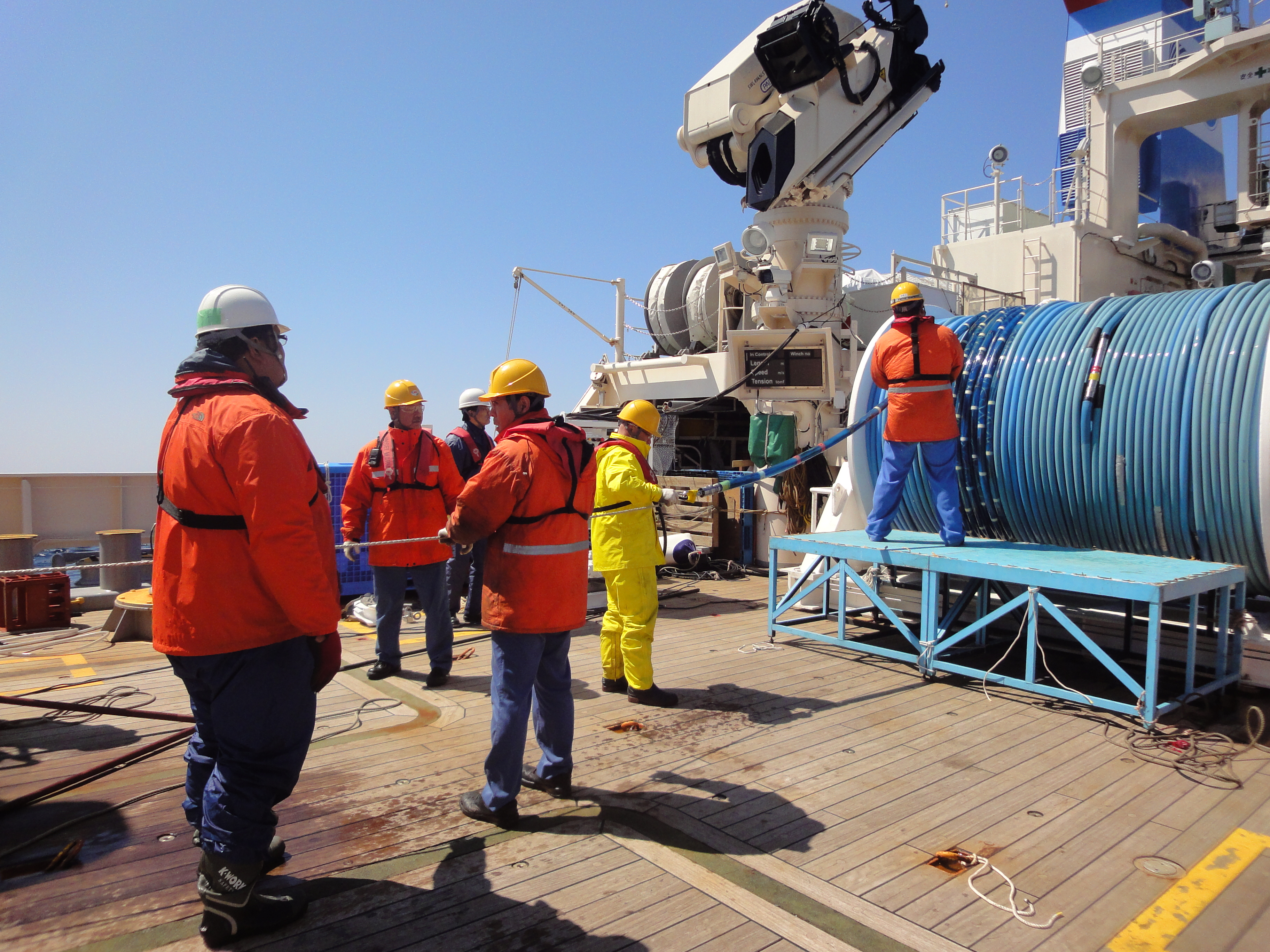 Researchers handle a 2,000-meter-long cable as it is being dropped into the Pacific Ocean. The cable contains a microphone designed to be used in the water, called a hydrophone, to record the sound reflected from the seafloor. Photo courtesy of Park Jin-Oh.

“These are very interesting areas. The Nankai Trough is especially unique, seen from seismological and geological points of view,” Park said. “But the more I understand, the more questions I have, that spread like a chain reaction. … There are many mysteries that remain to be solved, and I hope to figure them out.”

Growing up in the southern port city of Busan in South Korea, Park was always interested in the ocean. At Pusan National University in the city, he studied oceanography as an undergraduate student and then marine geology during his master’s years. It was during this time he and his peers had a chance to tour inside UTokyo’s now-retired Tansei Maru research vessel when it made a port call in his hometown. Stepping on board the research vessel and seeing its instruments presented by then-UTokyo Professor Asahiko Taira made him want to study in Japan one day.

Later, he obtained a scholarship from the Okinawa Prefectural Government and came to Japan in 1992 to study in the island prefecture at the University of the Ryukyus’ Faculty of Science as a research student. Following a year of research on the crustal structure of the Okinawa Trough, Park enrolled in the Graduate School of Science at UTokyo as a doctoral student to continue his research on the trough with Taira as his supervisor.

Park joined UTokyo’s faculty in 2006, after working at the Japan Agency for Marine-Earth Science and Technology (JAMSTEC) for 10 years engaging in seismic studies on the Nankai Trough and the Japan Trench. “The work at JAMSTEC was interesting and fun. But as I also had interest in education and wanted to use my research for nurturing the next generation, I joined UTokyo,” he said.

Studying the seabed and beyond 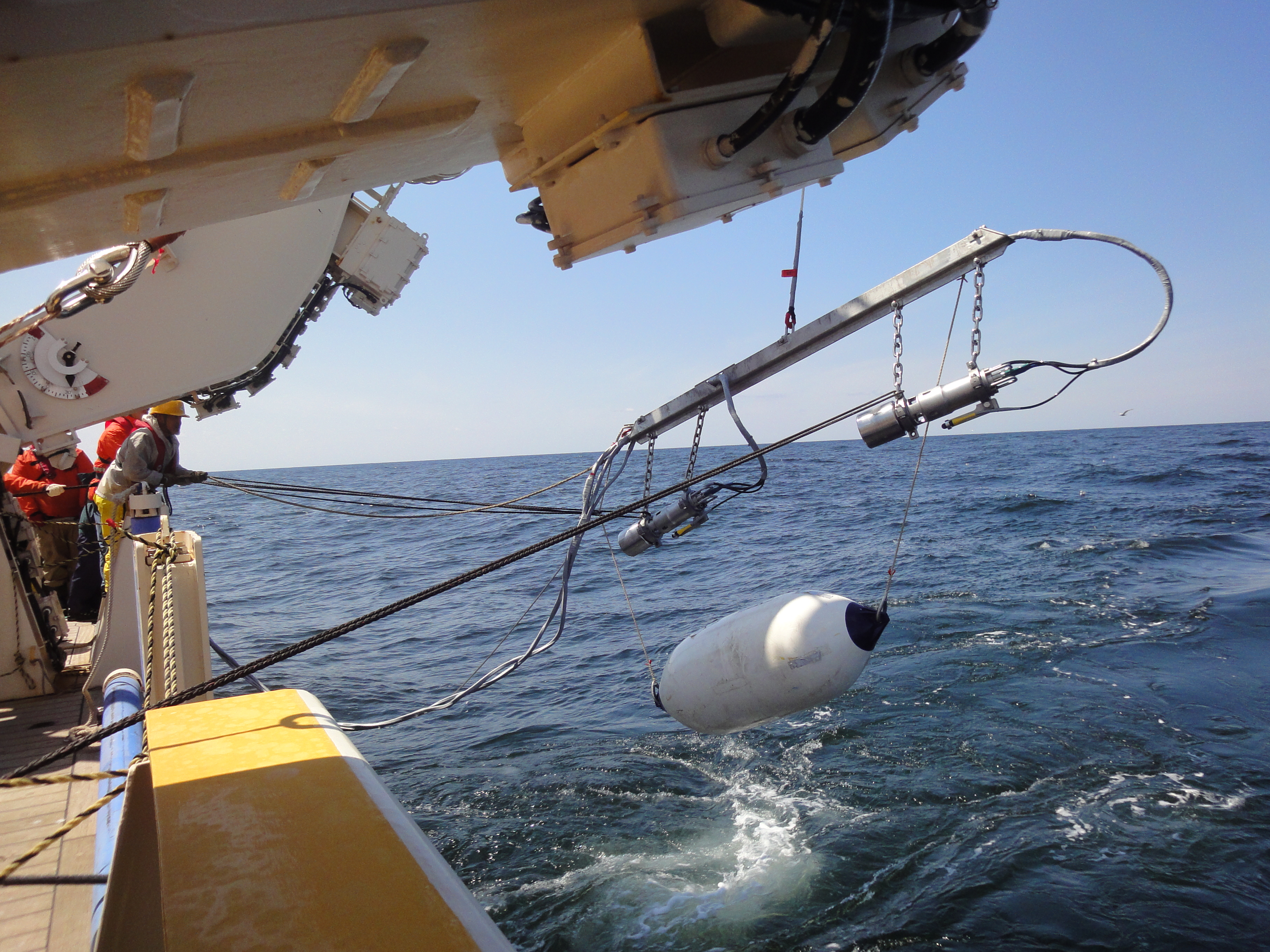 Seismic air guns are placed in the Pacific Ocean to generate artificial sound for collecting data of the seafloor. Photo courtesy of Park Jin-Oh.

One of the crucial parts of his research is to collect data in the ocean. He generally makes one expedition a year, usually spending 10 days on a research vessel with a team of around 15 researchers. To make the most of their limited time at sea, the scientists work in rotation to keep the research going 24 hours a day, with some on standby all day and night to deal with emergencies.

To study the depth of the ocean and layers of the seabed, they use seismic air guns to generate and send high-frequency sound waves like ultrasound into the ocean. The sound travels through the water to the seabed or even deeper and travels back to the ocean surface. They record the reflected sound with hydrophones, microphones designed to be used in the water, towed behind the vessel.

Using the data – together with that of materials drilled and collected from the same areas, and independent data gathered by other researchers – Park said he racks his brain trying to analyze and find answers for seismic phenomena. Years of such assiduous research have resulted in creating a seabed topographical map and two-dimensional images of the geological structure of the oceanic crust, leading to a deeper understanding of the ocean.

Such field studies, however, come with physical struggles as Park always gets seasick. While his fellow crew members enjoy food on board, Park subsists on snacks such as chocolate and sweet drinks to keep him going to fulfill his roles and pretend everything is fine.

“The first three days are tough,” he said with a laugh. “I feel sick, I can’t concentrate and I have a headache. Things usually get better from around the fourth day.”

But despite the seasickness, Park said the scientific expedition is “great fun, something that you can’t experience on dry land.”

“Spending several days together in a narrow space in the vessel lets us have deeper conversations that we never had on land. These days, young people seem to prefer working in front of a computer on things like simulations or modeling, but I recommend research in the ocean as there are things that can be learned only in the field,” Park said.

Park tends to work through Saturday, but Sunday is a different story. As a devout Christian, it’s the day for church, attending a morning service with his wife and two sons, having lunch together and spending the afternoon relaxing, such as by taking a stroll in the park. “It’s the best way to spend the weekend,” he said.

Apart from his research and church activities, Park recently started making conscious efforts to exercise to maintain his health. Describing his workout routine, Park said he exercises with his wife in the athletic field of a local park, such as by walking, jogging and stretching. “Even though I have many things I want to do, without my health, I won’t be able to do that. It’s crucial to be healthy for myself, my family and for my research,” he said.

By keeping himself fit, Park hopes to continue his research and provide useful information for earthquake-prone Japan to better understand the tremors that affect the country.

“I want to get as close to the truth as possible to find out what controls seismic phenomena, which could be useful in terms of disaster preparedness,” he said. But even if he will not be able to solve all the mysteries, the next generation of scientists in his lab – a master’s student, a doctoral student, a postdoctoral researcher and, from October, a research student – are poised to carry on his research. “The great thing is there are successors. It means a lot. I believe even if there are things that our generation won’t be able to achieve, it can be passed on to the next generation, and that could lead to a greater achievement.” 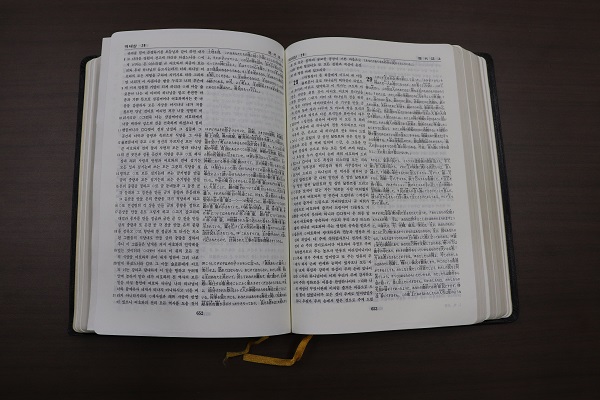 Park keeps a Christian Bible, written in both Korean and Japanese, in his office at the Atmosphere and Ocean Research Institute. It was a gift Park received from his mother when he moved to Japan in 1992. Park, who started going to church when he was a child with his Christian mother, said the Bible is the most important book that has shaped his sense of values and the way he sees the world. 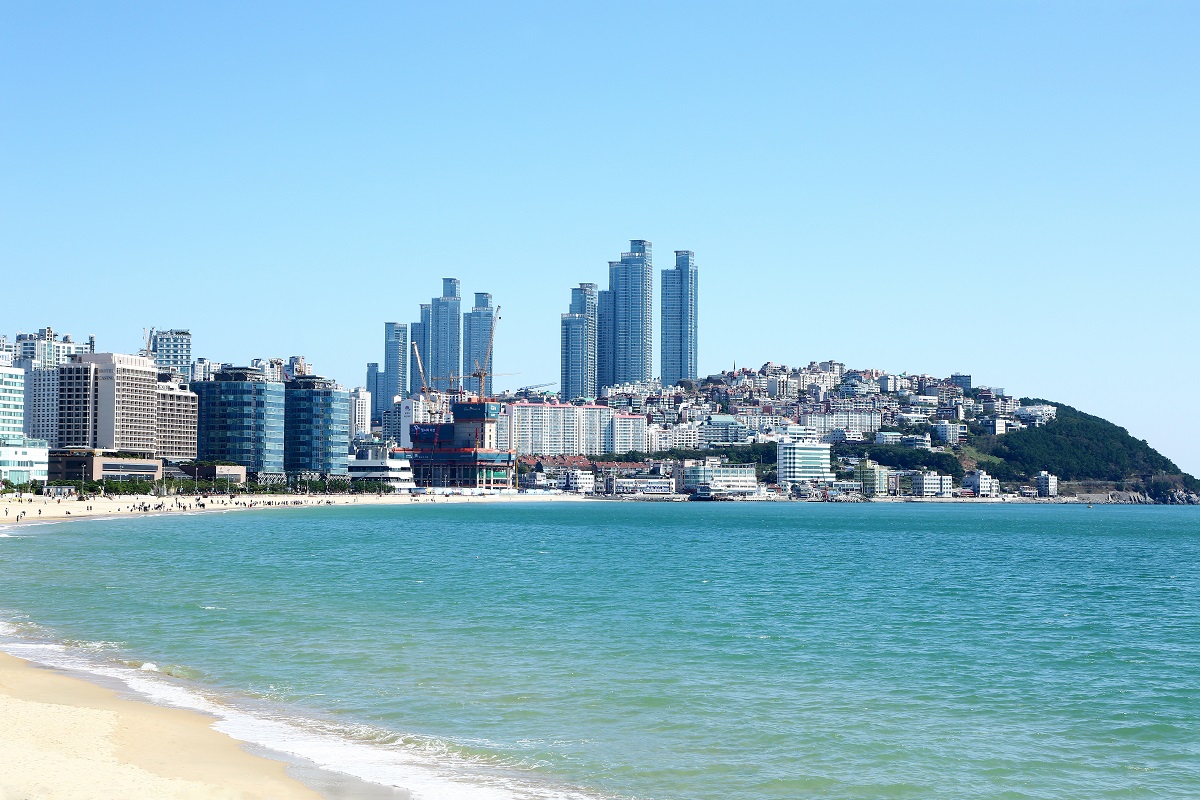 Park grew up in the city of Busan, a popular beach resort where thousands of people flock to during the summer to enjoy its beautiful beaches. When he was a child, he could see on a sunny day the Japanese island of Tsushima located roughly halfway between the Korean Peninsula and Japan’s southwestern Kyushu region. Although Park hasn’t returned to his hometown since his mother passed away in 2019, he hopes to visit there once the coronavirus pandemic settles down.