Why did the infection spread from China? 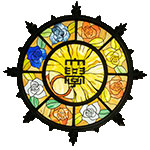 Why did the infection spread from China?

At the beginning of the twentieth century, the Spanish flu wrought havoc in the background of the First World War. The League of Nations placed an emphasis on the issue of hygiene, bringing international cooperation to the measures taken against infectious disease, which were carried on after the war. With the novel respiratory illness we are currently facing, however, some have said that this legacy of international cooperation has been placed at risk.

In the second half of the twentieth century, it seemed that infectious diseases had been suppressed to some extent. However, in the twenty-first century, we are now seeing the appearance of many infectious diseases originating from China and other emerging countries. Behind this seems to be the latest advances in the globalization of transportation and the forms of economic development peculiar to emerging countries. In China, with a population of 1.4 billion, the distribution of the wealth that has accompanied economic development is unequal; many still live in absolute poverty, and hygienic conditions are also mixed. This seems to be one factor underlying the emergence and spread, to some extent, of what are known as “endemic diseases.” That said, as with SARS, such diseases have traditionally not spread so quickly from China to the rest of the world. This was because, at the time, the movement of people inside China and the direct connections between China’s regions and the rest of the world were still weak. SARS only spread to the rest of the world after reaching Hong Kong, a global metropolis.

In the case of COVID-19, however, the disease spread from China’s Hubei Province to the entire country, and subsequently to the entire world, all at once. Many citizens in Wuhan, learning that their city would soon be locked down, scattered to other parts of China and the world. This pattern was determined by Chinese authorities through its surveillance of mobile phone devices and the like. The existence of means of transportation from Wuhan to other parts of China and the rest of the world, as well as the economic power to access them – these fruits of economic development were what made that movement possible.

Emerging countries, unlike more advanced countries, are globalizing even while facing considerable diversity at the domestic level. As a result, we are now seeing the global spread of infectious diseases that were once endemic to specific geographical regions. This has a major impact on an aspect that is most vulnerable to infectious disease, namely the movement of people, and partially curtails the movement of objects, as well. Money and information, however, have remained relatively unaffected. Given this state of affairs, how will human history unfold in the days to come? Rereading historical materials with a new perspective based on our present experience may hold one of the keys to answering this question.