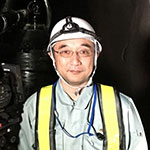 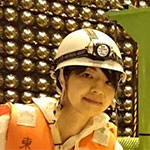 The KAGRA Observatory and Kamioka Observatory affiliated with the Institute for Cosmic Ray Research are located in the Kamioka-cho district of Hida, a tranquil municipality situated in the Japanese Alps on the northern edge of Gifu Prefecture, about 30 km south from Toyama Station. Kamioka-cho had operated as a mining community from the Nara Period; its Kamioka Mine was one of Japan’s top zinc mining operations and at one time reigned as the largest in scale anywhere in East Asia. The mine is known for its extensive groundwater resources and deposits of Hida gneiss, an extremely hard bedrock. Operating about 1000 meters below ground inside the mine is the Kamiokande experiment, a project launched in 1983 to observe the phenomena of proton decay. In 1987, the Kamiokande experiment succeeded with the first-ever detection of neutrinos from a supernova event in the Large Magellanic Cloud, an achievement that helped Special University Professor Emeritus Masatoshi Koshiba earn the Nobel Prize in Physics in 2002.

The Kamioka Observatory was established in 1995. Utilizing a detector even larger than that used in the Kamiokande experiment, the Super-Kamiokande experiment went into operation in 1996, and was credited in 1998 with the discovery that neutrinos oscillate by monitoring atmospheric neutrinos. In 2015, Special University Professor Takaaki Kajita was awarded the Nobel Prize in Physics in recognition of this achievement.

In the meantime, research on gravitational waves has also been under way, taking advantage of the quiet environment inside the Kamioka Mine. Following verification tests on cryogenic technology using the Cryogenic Laser Interferometer Observatory (CLIO), which had been completed in 2006 with two 100-meter arms, a project to build a 3-km scale version, called the Large Scale Cryogenic Gravitational Wave Telescope, was launched in 2010. This project was nicknamed “KAGRA,” (short for “Kamioka Gravitational Wave Telescope”) in 2012, coinciding with the start of the related tunnel excavation work. The Gravitational Wave Project Office was reorganized and re-inaugurated as the KAGRA Observatory in 2016, completed in 2019, and placed into operation in 2020 following careful calibration measures.

Heading down to the Super-Kamiokande experiment area first, we arrive at the entrance to that area after a 2-km ride on a specialized vehicle through one of the mine tunnels, which remains at a constant and chilly 13℃ year-round. Several door panels with handwritten signatures may be the first thing that catches a visitor’s eye here. Since the Kamiokande experiment, it has become something of a tradition to ask that distinguished guests sign the observatory doors when they tour the facilities. Walking through an access tunnel alongside an array of piping, we soon enter a vast space. We are now on top of the lid that covers the Super-Kamiokande’s detector tank. Designed to detect neutrinos and other elementary particles, the experiment utilizes a water tank that is about 40 m across and 40 m deep. The tank has approximately 11,000 photomultiplier tubes lining its inner walls, and contains 50,000 metric tons of ultra-pure water. The large space over the tank is topped with a dome structure that is designed to disperse the weight of the 1000 meters of bedrock above. Electronic instrumentation and circuitry has been installed atop the tank to collect data from the photomultiplier tubes.

Returning through the access tunnel from the top of the tank, we come to the control room that monitors detector operations. During daytime hours every day, two researchers are on duty monitoring the individual sections of the detector to ensure that all systems are operating normally.

Next, let’s head over to the KAGRA experiment area. Passing through the 400-m “KAGRA tunnel,” we arrive at the central experimental chamber that forms KAGRA’s core. This chamber is lined with a series of vacuum tanks that are connected by assorted pipes. The tanks contain suspended mirrors that perform various roles. Infrared laser beams traverse the spaces between these mirrors.

Two 3-km-long arm tunnels extend out from the central chamber, forming an L-shape. To help researchers distinguish between them, they are referred to as the X-arm and Y-arm, analogous to the X and Y axes on a two-dimensional graph. At the origin of that “graph,” lasers are fired in both the X and Y directions, passing through the vacuum pipes.

At the outer ends of these arms are experimental chambers referred to as the X-end and Y-end chambers, respectively. Mirrors set up in each of these end chambers reflect the laser beams back to the central chamber, facilitating ultra-precise measurements of changes in the length of the X- and Y- arms.。 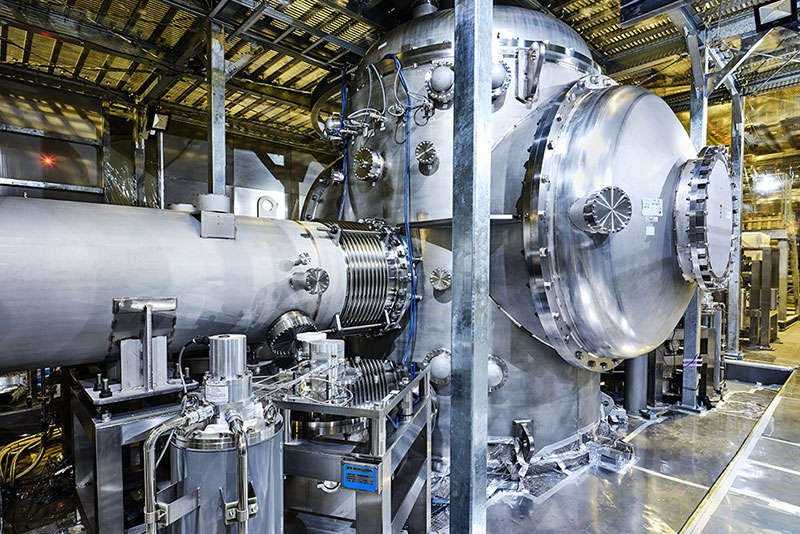 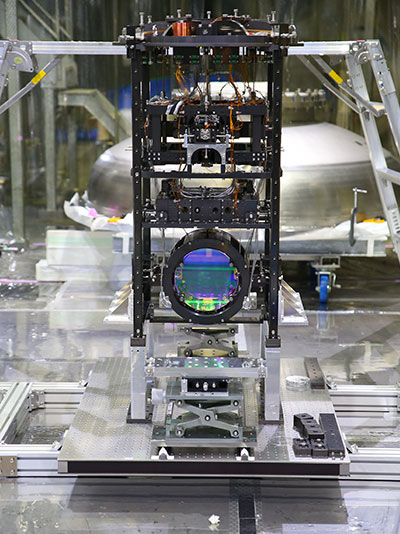 Cryostats are installed at each end of the vacuum piping, keeping the sapphire mirrors cooled at minus 253℃.

The above-ground research complex for data collection and analysis is equipped with offices for researchers, an administrative office, a computer room and the KAGRA control room. KAGRA control and monitoring operations are conducted here, 5 km distant from the KAGRA tunnel entrance, because the slight vibrations from human footsteps can be a noise source that disturbs the KAGRA operations.

In 2020, a new research project was initiated to detect neutrinos from past supernova explosions by dissolving gadolinium, a type of rare metal, into the pure water in the Super-Kamiokande detector tank. Work also started in the same year on a project to build the Hyper-Kamiokande, an observatory facility with approximately eight times the effective volume of the Super-Kamiokande experiment and a launch date scheduled for 2027. Additionally, the science community is likely to hold out even greater expectations toward the detection of gravitational waves with KAGRA. Stay tuned as these world-leading facilities for research on cosmic rays and elementary particles in Kamioka take on the challenge of unraveling the secrets behind the origin of matter and the universe. 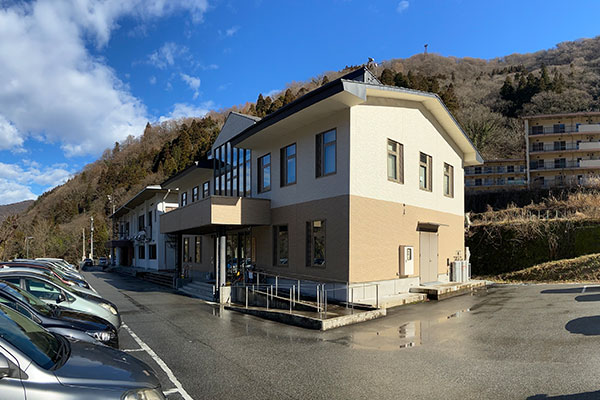 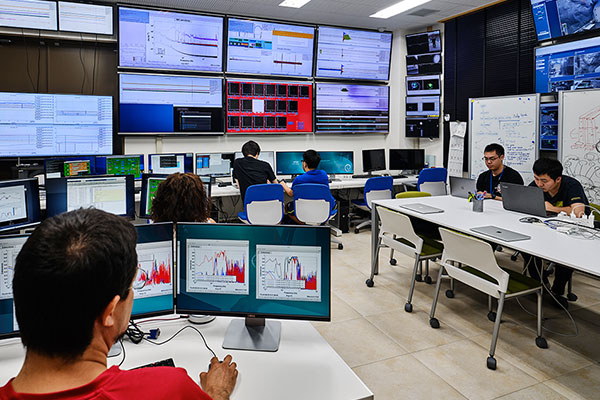 The KAGRA Observatory data collection and analysis center and the KAGRA control room inside. UTokyo began leasing the first floor of the local community center as a research facility in 2012 and built the adjacent data collection and analysis center in 2014. It finished the research complex in 2018 by leasing and renovating the entire community center.