“Online right-wingers” were not found to be vulnerable or isolated

Investigating the formation of public opinion on the internet 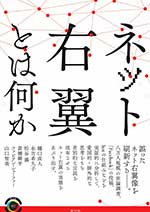 Prejudices against different races and foreigners have existed in society since long ago. However, the spread of the internet appears to have increased their presence. Through a public opinion survey involving about eighty thousand people, Associate Professor Kikuko Nagayoshi of the Institute of Social Science revealed that the picture that emerged of those who have become known as “online right-wingers” is different from what society assumes.

The internet has become essential for our daily modern lives. I have studied the influence of the internet on the forming of public opinion. It has drastically increased the amount of information we can access and expanded the circle of people we can communicate with, enabling us to access a variety of opinions. Meanwhile, because the internet is a medium that is used to actively search for information, and owing to the filtering function that is incorporated in search engine algorithms, people may become more likely to access information posted by like-minded people, or information that agrees with their own opinion. In this case, an “echo chamber” phenomenon is thought to occur, in which accessing only opinions and information that support one’s own views further solidifies one’s original opinion.

In collaboration with Associate Professor Hiroki Takikawa of Tohoku University, I studied whether the echo chamber phenomenon actually occurs by focusing on people who are thought to be highly interested in politics and regarded as opinion leaders on Twitter (those who have at least 500 followers and have tweeted 1000 times or more). The results showed the polarization of these opinion leaders in terms of both network and tweet topics. We found six distinct communities, one of which mainly contains users that follow left-wing leaders, and another one of which is mostly comprised of users following right-wing leaders. Their discussion topics were also different, with the former focusing on issues such as government corruption and conspiracy law and the latter arguing about relations with neighboring countries. This suggests that people having different political views do not interact with each other, at least in the space of Twitter.

* This article was originally printed in Tansei 42 (Japanese language only). All information in this article is as of March 2021.