Society, dialogue, and empathy: Toward a resilient and inclusive University

For this first presidential dialogue feature since President Fujii’s inauguration, our new president, with his emphasis on “dialogue and empathy,” wanted to sit down with the Japanese literature scholar Robert Campbell. The dialogue took place in central Shibuya, not far from the Komaba Campus, where both have spent much of their research lives. As their dialogue proceeded, the two scholars leafed through Edo period woodblock printed books brought by Campbell. The world of the experts is becoming accessible to the wider public. From the words of these two researchers with different specializations, a shared sensibility emerged. (Dialogue took place on July 21, 2021) 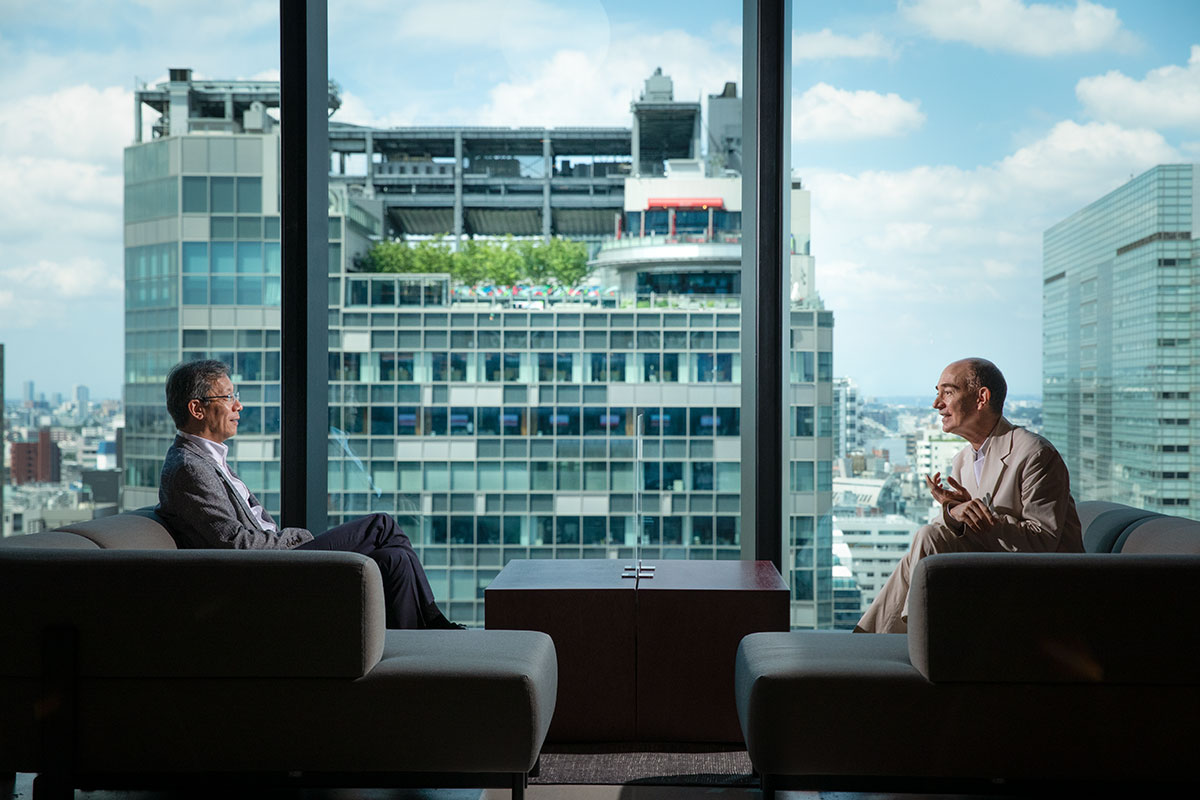 A lot of important information in literature beyond the textual

Special thanks to dialogue location: SHIBUYA QWS
Located on the 15th floor of Shibuya Scramble Square, SHIBUYA QWS is an activity hub at which members including six universities with campuses in Tokyo (UTokyo, Tokyo Institute of Technology, Keio University, Waseda University, Tokyo City University and Tokyo University of the Arts) as well as corporations, collaborate to create new values for the future.  shibuya-qws.com
Photos: Junichi Kaizuka


* This article was originally printed in Tansei 43 (Japanese language only). All information in this article is as of September 2021.