The year 2021 marks the start of the United Nations Decade of Ocean Science for Sustainable Development, a major campaign to advance the science of the ocean, which is the birthplace of all life and sustains the lives of organisms on Earth. This year, the University of Tokyo welcomed as its new president a scientist who has lived and worked with the ocean. From engineering, physics and biology to agriculture, law and economics, we introduce UTokyo’s ocean research and marine education activities as illustrated by examples from various fields. 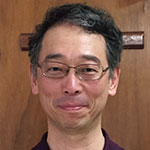 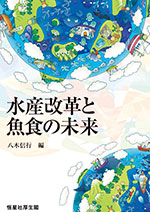 Suisan Kaikaku to Gyoshoku no Mirai [“Fisheries reform and the future of fish as food”] edited by Professor Nobuyuki Yagi (Koseisha Koseikaku / July 2020). The volume contains contributions from experts in various fields discussing fisheries reform in the wake of the enactment of the 2018 revisions to the Fishery Act.

Unlike agricultural or industrial products, marine products represent the bounty of nature, thus weakening a sense of individual ownership, says Professor Nobuyuki Yagi of the Laboratory of Global Fisheries Science. Drawing on examples of fishing communities in Japan and around the world, he questions the pros and cons of meritocracy and a winner-take-all society in which success is attributed solely to individual abilities.

The ocean gives us hints for thinking about how human society should be. One such topic for consideration is the pros and cons of a winner-take-all society.

Some fisheries in Japan have a system for evenly distributing proceeds from the catch among fishers. This type of fishery is known as a pooling system fishery, a strategy often used for harvesting coastal shellfish species. The open season for these fisheries is short, lasting only for a few weeks or months of the year. On days when they are allowed to fish, the fishers will operate in groups, with their daily catches being collected at a single site for auction. This practice creates certain benefits for fishers and their local community. First, fishers can have more market power against fish buyers if they sell their harvest collectively. Second, evenly distributing the proceeds of the sale will encourage mutual aid within the community. Third, a pooling system also serves to prevent the overexploitation of fishery resources, since excessive competition between fishers can be curtailed by knowing from the outset that the proceeds of the catch will be evenly distributed.

In addition to pooling system fisheries, we also find examples of the sharing of marine products inside villages. I heard the following story from a member of our lab who was conducting fieldwork on Ishigaki Island in Okinawa Prefecture. In the island’s Shiraho district, an elderly woman is said to tell newcomers to the island – so-called “I-turn” immigrants who had come in search of a slower pace of life – that it is “high time” that they bring the old woman some fish (sakana). We could say she uses the exchange of fish as a pretext for persuading the newcomers to truly integrate with the community.

But why make this about fish? The old woman doesn’t request that the newcomers bring her crops or manufactured goods. The thing is, many agricultural products have to be purchased with money, and because of this they feel more like private property, which makes them more difficult to ask someone to give away for free. On the other hand, even amateur anglers can catch wild fish and squid (which are also encompassed by the term sakana) in the shallow water in the coral reefs at the edge of the village.* Although catching the fish and transporting them after they are caught is labor-intensive, prior to that there is no need for particular effort to be given to breeding or the like. These sea creatures grew up in the food web of an ecosystem that began first of all with the phytoplankton that absorbs sunlight and photosynthesizes in the sea. Thus, the sense of private individual ownership is weaker with the fruits of the sea than with the fruits of the field, and they are easily shared with others as the bounty of nature.

In economic activities on land, attempts to evenly distribute the proceeds are often met with complaints. This is because those who produce more demand that allocation should correspond to the amount produced. But even on land, economic outcomes are not due solely to individual ability or effort, but are also shaped in part by the assistance of others and the blessings of nature. It would seem that the oceans and fish are thus posing a question about the pros and cons of meritocracy, which attributes results solely to individual achievements, and by extension practices in which only a few individuals win, and in which winners take all.

** This article was originally printed in Tansei 43 (Japanese language only). All information in this article is as of September 2021.