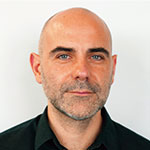 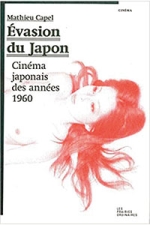 “What do films think about?” This question was asked by the film scholar Jacques Aumont in 1996. I propose that we take up this question and rephrase it. The 120 years of the history of film have been roughly divided up into decades, both by the public and by film critics. Therefore, we might ask whether what the films of the 1960s think about differs from what the films of the 1950s think about. If it does, then why? And when did this change take place?

What films think about is not limited to their story or content; it also includes the forms and figures the films present on the screen. From this perspective, we need a more complex way of talking about films. The conventional narrative of Japanese film history is that the emergence in 1960 of the Shochiku New Wave (nouvelle vague / nuberu bagu) – exemplified by directors Nagisa Oshima, Yoshishige (Kiju) Yoshida, and Masahiro Shinoda – which coincided with the Anpo protests against the U.S.-Japan Security Treaty, represented a drastic shift in Japanese film. Furthermore, the stagnation of the film industry, which coincided with the Anpo protests of 1970, marked the end of the 1960s era of filmmaking. But form and figure would appear to have different physiological rhythms. In so far as this is the case, the customary categories of 1950s and 1960s cinema are no longer valid. While it is certainly true that cinematic expression changed at that time, this was a result of the achievement of the period of high economic growth as a new paradigm, or perhaps as a new discursive space. The period of high economic growth brought unique forms and figures to Japanese cinema.

The novelty of the period of high economic growth was discovered as an order concealed by what director Toshio Matsumoto called “the veil of the everyday,” and a new generation of filmmakers asserted that people were governed by unconscious structures. The mission of cinema then became to break through this “veil,” thus rendering the invisible visible (which resembles the classical role of art since at least the nineteenth century). So, what did these visualized scenes look like?

The world is growing more fragmented in every respect. These fragments are not three-dimensional, but superficial, like paper currency. And this phenomenon can of course be seen in human beings, as well. The human body has been dismantled by our professions, by urban planning, by transportation systems and by government; it has become a circulating commodity. I have named this new state of affairs, which is deeply related to mass media and consumer society, the “granulation of the world.” It is characterized by the endless proliferation, uniformization, superficialization and fractalization of fragments. And the extent to which this resembles the mass production of images will be obvious to everyone.

As a result, the concepts and dichotomies that have been used in human thought history (up to and including the logical law of non-contradiction!) have become invalid. The themes of postwar cinema, such as class hierarchies, the oppressions of the new feudalism and the transformation of family structures, still exist, but their original meaning has been irrevocably altered with the emergence of a new granularity state. It is this shift, more than anything, that defines the fundamental meaning not of “1960s cinema” but of “high economic growth period cinema.” And the question of what became of the granulation of the world in the 1980s, infatuated with the idea of surface, is precisely the topic of my current research.

Themes including fragmentation, proliferation, superficialization and two-dimensionalization – in other words, the ways in which the forms brought into existence by the period of rapid economic growth as a new paradigm threw people into confusion and fundamentally overturned the human experience – have been brilliantly visualized in the films of directors like Yoshida, Matsumoto and Masumura, which remain as valuable documents of this shift.