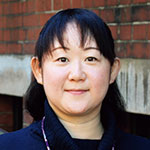 A Nobel Peace Prize Laureate’s struggle against sexual violence, and its link to Japan

This movie, which was gradually released in theaters throughout Japan starting on March 4, 2022, is an incredible documentary film that follows and outlines the background of the work of Dr. Denis Mukwege, a laureate of the Nobel Peace Prize in 2018. In 2021, the documentary won Waseda University’s 21st Ishibashi Tanzan Memorial Journalism Award.

Even now, more than 20 years after conflict broke out in the Democratic Republic of Congo (DRC), armed groups and government troops continue to perpetrate violence against residents in the east of the country. A tragedy is occurring, in which many women are literally physically broken and are abandoned by their families and communities. In the Panzi Hospital founded by Mukwege in the eastern DRC, he has treated more than 50,000 survivors of sexual violence free of charge, dedicating himself to their reintegration into society.

Behind this tragedy are the conflict minerals that comprise my field of research. In the eastern DRC, one of the world’s leading mineral-producing regions, armed groups and government troops exert de facto control over areas around the mines, acquiring minerals such as tantalum and gold to fund their activities. One method they employ to subjugate local residents is systematic sexual violence. Meanwhile, the end users of those minerals are people like us in the industrially advanced nations. The minerals used in electronic devices such as smartphones and PCs provide sources of funding for conflict and are a cause of sexual violence. The documentary describes this connection to Japan, and shows Japanese high school students learning about the issue.

The documentary’s director, Meiko Tateyama, visited the eastern DRC and interviewed not only survivors of sexual violence, but also a former armed group member who had perpetrated the violence. This soldier confided that when he was a teenager his own village had been attacked, and he had only two options: join the militia or be killed. He explained that the sexual violence was something soldiers did on the orders of their superiors to prove they were committed members of the group. He was convicted of a crime and imprisoned, but money raised by his relatives secured his release. He now has his own family and says that if he could, he would want to go to school: this clearly highlights just how complex the issue can be.

When faced with a tragedy occurring in a region so far from Japan, we may want to just not think about it, but this documentary shows that, even for us, it’s possible to do something to help. I hope the movie will prompt people to stop resigning themselves to this violence, and instead to seek out something they can do as their own circumstances allow, whether it’s fundraising, or learning more about the issue.

Also recommended
L’Homme Qui Répare les Femmes (The Man Who Mends Women: the wrath of Hippocrates)
Released in 2015; directed by Thierry Michel. Depicts Mukwege’s work. “I was shocked at the reality of the sexual violence perpetrated during the conflict and the women’s power to survive.”

* Assistant Professor Hanai’s affiliation and title are as of March 2022.

** This article was originally printed in Tansei 44 (Japanese language only). All information in this article is as of March 2022.