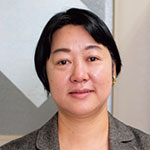 A pop star’s fight for freedom in tumultuous Hong Kong

This is a documentary film that depicts the musical career of the Hong Kong pop star Denise Ho, as well as the tumultuous situation in Hong Kong. As a child, Ho attended school in Canada, subsequently returning to Hong Kong, where she was mentored by her idol Anita Mui as she pursued a career as a singer. The documentary shows how she also became a campaigner for democratization in Hong Kong after its return to Chinese rule. She joined the “Umbrella Movement” of 2014, when Hong Kong’s citizens demanded free leadership elections, participating in sit-ins alongside the young protesters, and also attended large demonstrations in 2019 against the extradition bill that would enable people suspected of crimes to be handed over to China.

Artists who become associated with a particular cause risk losing work opportunities such as commercials, and for that reason, Japanese artists don’t readily involve themselves in political activities. However, Ho marched in the streets and spoke out to bring attention to the situation in Hong Kong, even giving speeches at the UN Human Rights Council and the US Congress. She also uses her songs as an indirect means of asserting that all citizens have the right to engage in a variety of activities and state their opinions. Ho had previously been popular on the Chinese mainland as well, but she lost her career in that market by engaging in public protests. These days, even Hollywood moviemakers have no choice but to change how things are depicted in their movies, or cut entire scenes, because the impact of disrupting normal business with the huge Chinese market would be too great. However, even in such an environment, there are people who continue to express themselves openly, and Denise Ho is a prime example.

Ho’s music in the documentary is great, the words she speaks are incredibly powerful, and above all, she is just really cool. Her personal dilemmas and her interactions with various people help the viewer to understand Hong Kong’s history and the changing Hong Kong of today. In June 2020, however, a new national security law was enforced, and in December 2021, Ho was arrested as a former board member of an online media organization (she was subsequently released on bail).

Ho was due to perform concerts in Hong Kong during September 2021, but the venue cancelled her bookings at the last minute. Still, she didn’t give up; instead, she livestreamed a concert online with tight security arrangements. I found it profoundly moving to see her singing through her tears.

Politics affects every single aspect of our daily lives; we can’t simply refuse to engage with it. This is a powerful documentary in which Denise Ho’s actions challenge us to think about the kind of person we would want to be in such a highly charged situation.