Movie recommended by an evolutionary ecologist and a particle physicist Arrival

Movie recommended by an evolutionary ecologist and a particle physicist 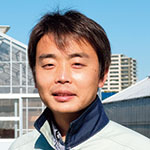 The course of evolution glimpsed via the language of aliens

My recommendation is the science fiction feature film Arrival, which was released in theaters in Japan in 2017. In this movie, alien spacecraft have appeared around the world, and at the request of the US armed forces, a linguist attempts to communicate with the aliens to find out why the spacecraft have arrived. It’s based on the science fiction novella Story of Your Life by Ted Chiang, and is what’s known as a work of “hard science fiction,” meaning that it aims for accuracy in keeping with the actual rules of science.

The aliens in the movie use symbols as their language. They communicate messages by drawing circular characters. What’s more, they don’t think chronologically, but comprehend events simultaneously. In other words, they’re depicted as living beings that perceive the past and the future together, instead of experiencing the flow of time like we do. I’m a researcher of evolutionary ecology, a discipline in which we observe the characteristics of living beings and contemplate why they developed those characteristics. What I find interesting, therefore, is the type of culture or environment a living being would have inhabited to evolve that sort of thinking or language. When we consider why something evolved in a certain way, we use mathematical methods to make predictions based on theories, as well as another approach I often use, which is to think about it “from the living being’s perspective.” A straightforward example of this is corn, which is a hermaphroditic, anemophilous (wind-pollinated) plant. The male part of the plant needs to make pollen in an elevated position to disperse as much pollen as possible. The female part of the plant, on the other hand, needs to be in a low position to catch the pollen. As a solution, the corn plant developed separate male flowers and female flowers, with the male flowers high up on the plant, and the female flowers lower down.

Viewing the movie as an evolutionary ecologist who thinks in this way, what made good sense to me was the fact that the aliens were octopus-shaped and had eyes in all directions. I thought that, in that case, it would be natural for them to evolve a way of thinking whereby they always perceived everything together, with no concept of objects or events being either in front of them or behind them.

Finally, there’s one more thing I’d like to add. The British evolutionary biologist Richard Dawkins suggested that, if there were living beings on another planet that were complex enough to communicate with humans, they would most likely have evolved through natural selection. Given that a key criterion in determining the intellectual development of such beings would be whether or not they had discovered natural selection, I think an evolutionary ecologist should be included in any team of specialists trying to communicate with these aliens. And if that ever happens, I’d like to be first in line.

* Research Associate Fukano’s affiliation and title are as of March 2022. 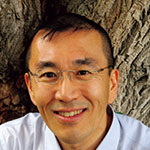 This is a type of “alien encounter” story that’s common in science fiction, but rather than wowing the audience with eye-catching battle scenes, the plot revolves around a linguist, Dr. Louise Banks, struggling to understand the aliens’ language. I saw the movie in the US when it was first released, and thought it did a good job of portraying the process of trial and error by which scientists try to understand the natural world.

A winner of the Nobel Prize in Physics, Dr. Sin-Itiro Tomonaga, likened scientific inquiry to a plant. He described the first stage of being intrigued by a puzzle as the plant’s first shoot, the next stage of conducting observations as the stem, and the final stage of solving the puzzle as the flower. This is precisely the form that Banks’ approach takes. Initially she didn’t even know whether the aliens’ language was expressed through sounds or actions, but she observes them carefully and thinks hard to arrive at an answer. The process of learning the aliens’ language serves as a model for science in general. The measured performance of the lead actor is extremely effective: she vividly communicates a scientist’s sense of responsibility to be the one who figures things out, and becomes totally absorbed in this formidable challenge. A particularly memorable scene is the one in which Banks decides that communication with the aliens won’t progress unless she does something differently, so disregarding her own safety, she removes her protective helmet and suit, and approaches the aliens.

Something else featured in the movie is the Sapir-Whorf (or linguistic relativity) hypothesis, which is the theory that the language used for thinking influences the way one thinks. The theory is apparently contested within the linguistics sphere, but we certainly seem to feel that learning a foreign language opens up our minds. Similarly, the way Banks views the world changes during the process of mastering the aliens’ language. Learning the language affects her thinking, which becomes more like that of the aliens. It’s a fascinating theme.

Another key feature of this film is the presence of a theoretical physicist who interacts with the aliens alongside Banks, and the allusion to Fermat’s principle. This principle states that a ray of light refracted through a medium such as water will travel between two points along the path that requires the least time, and this idea plays a very significant role within the narrative. Human language and thought are premised on the principle of causality, according to which causes lead to effects. In contrast, however, the aliens’ language and thought appear to be based on Fermat’s principle. In other words, time isn’t something that moves forward in a single dimension. Humans can remember the past, but can’t “remember” the future. This is in fact puzzling, as the laws of physics would indicate that the past and the future should essentially be symmetrical. It’s a difficult concept to grasp when put into words, but the movie portrays it very well.

For scientists, Arrival is an extremely thought-provoking movie in a whole range of ways.