Movie recommended by a mathematician Secrets of the Surface: The Mathematical Vision of Maryam Mirzakhani

Movie recommended by a mathematician

Secrets of the Surface: The Mathematical Vision of Maryam Mirzakhani 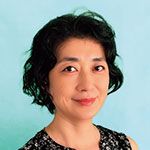 This documentary film features Iranian mathematician Maryam Mirzakhani, the only woman to be awarded the Fields Medal, which is known as the Nobel Prize of mathematics. While there are other movies about real-life mathematicians such as Nash, Ramanujan and Turing, the special abilities of these individuals are often depicted as making them eccentric in their private lives. In contrast, Mirzakhani lived a “normal” life, was married with a child and simply loved math. I want people to know that mathematicians like her also exist.

As a high school student, Mirzakhani won gold medals in the International Mathematical Olympiads, and later went on to graduate school at Harvard University, becoming a mathematician. Her influence was enormous: it’s said that Iran witnessed an increase in the number of girls and women pursuing mathematical studies because they admired Mirzakhani. The documentary powerfully conveys the attitude that there’s nothing women can’t do simply because they’re women, which makes it well worth watching from the perspective of diversity and gender.

What I’d like junior high and high school students in particular to see is the part that shows, as a high school student herself, how Mirzakhani always solved each mathematical problem in several different ways. In mathematical research there’s a method known as “giving alternative proofs.” Mathematicians aren’t finished when they find a single proof of a theorem: demonstrating a variety of approaches is part of successful math. It’s not about simply reading and memorizing the answers and explanations provided in study aids; there are lots of different ways of considering things, and what’s interesting about math is thinking through the process of arriving at the answer. Mirzakhani’s ambition as a child was to be a novelist, and when she talked in the film about how she enjoyed thinking about the “story” of a mathematical problem as if she were writing a novel, I thought that was a great way of putting it.

In July 2017, Mirzakhani died of breast cancer at the age of 40. Every year on her birthday, May 12, events are held all over the world to encourage women in mathematics. There are still not many women studying and researching math, so it’s important to create forums for them to network. There are initiatives in Asia and Oceania to launch organizations for female mathematicians like those in the US and Europe. In Japan as well, a seminar for women studying and researching math is planned for the next academic year. I hope this documentary will help to increase the number of girls and women aspiring to enter the world of mathematics.