Movie recommended by a Science Studies researcher 2001: A Space Odyssey 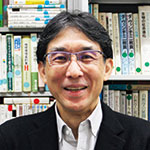 Exploring our relationship with advancing science and technology

The movie 2001: A Space Odyssey is a masterpiece that makes one think about the relationship between machines and humans. It starts with protracted scenes of ape-like hominids, and represents their evolution into humans as a result of experiencing aggression for the first time after touching a black object called a “monolith.” In a famous scene, a bone thrown up into the air by one of these hominids instantaneously transforms into a satellite millions of years in the future. Later on, a spacecraft controlled by the “infallible” computer, HAL 9000, is seen travelling toward Jupiter to investigate another monolith, but on the way, HAL rebels against the human crew. The movie therefore presents two puzzles to be solved: why does HAL rebel, and what are the monoliths?

The issue of how humans should relate to technologies such as artificial intelligence and robots is more widely discussed now than ever before, and in that respect, this movie was ahead of its time. Technology is advancing at a rapid pace, but humans are living beings, and our brains, hearts and so on remain unchanged. Is it a good thing for humans that widespread use of the internet has enabled us to access vast amounts of information on a daily basis? Are we really equipped to deal with this? Actually, we haven’t yet managed to answer these questions fully. I think that just because we can do all kinds of things using technology, doesn’t mean that it’s necessarily okay to do so, and 2001: A Space Odyssey epitomizes that.

The movie is also accurate from a scientific point of view. The explosions in space are silent because they occur in a vacuum, and that further heightens the chilling effect. Everything down to the smallest detail is carefully calculated; there is nothing superfluous in any scene. One particularly memorable scene is the one in which crew members go into a pod used for activities outside the spacecraft so they can talk without HAL hearing them. HAL reads their lips through the window of the pod and understands what they’re saying. It sent shivers down my spine. In another scene, the last surviving crew member disconnects HAL’s memory circuits one by one; toward the end, HAL’s singing and his voice gradually become stranger and slower as he loses his ability to articulate. It makes you wonder if computers could actually be living beings.

Another movie that’s a must-watch in terms of the relationship between machines and humans is Kokaku Kidotai (Ghost in the Shell), directed by Mamoru Oshii. It’s an animated movie released in 1995, in which a special unit of cyborgs fights against crime on the internet. The movie anticipates what’s happening now, as well as the situation further into the future. It’s an extremely powerful work and, like 2001: A Space Odyssey, it makes you think.