Why do we feel sleepy when exhausted?

Q1. Why do we feel sleepy when exhausted?

We naturally feel sleepy at night, especially on days when we worked out or worked hard. What exactly is sleepiness in the first place?
A. Because calcium ions enter our nerve cells. 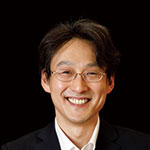 Exploring breathing patterns during sleep to reveal the nature of sleepiness

Why do we feel sleepy? One of the long-known answers to this question has been the existence of a biological (circadian) clock. Within each cell of the body, there is a molecule that ticks the time in a 24-hour cycle. The suprachiasmatic nucleus (a cluster of neurons) in the hypothalamus of the brain works with these ticking molecules to keep accurate time, and causes sleepiness based on the Earth’s rotation period. While these mechanisms are now well understood, the true nature of sleepiness has remained a mystery. When we work hard during the day and become tired, we become sleepy at night. What does that tiredness mean? How does sleepiness accumulate?

Measuring sleep in animals is not easy – traditionally it required procedures such as brain surgery. In 2016, we developed a technique to non-invasively measure sleep in animals using their breathing patterns. The Snappy Sleep Stager (SSS) system measures sleep duration using the breathing patterns of mice as an indicator. The system has been very effective in analyzing changes in the sleep of genetically modified mice. Even people who are not so familiar with animal experiments can now analyze sleep, which has led to further research. Also helpful has been the CUBIC (Clear, Unobstructed Brain/Body Imaging Cocktails and Computational analysis) technology, which we had developed and continue to refine. It is designed to make the brain and whole body transparent. As a result, we discovered that the true cause of sleepiness is calcium.

Calcium is the key to sleepiness

Calcium is found in the interstitial spaces of cells in our body. When neurons become excited, calcium enters the cells from outside. After calcium enters the cell, a phosphorylated enzyme called calcium/calmodulin-dependent protein kinase II (CaMKII) activates to count it. Predicting that the cellular entry of calcium might be the cause of sleepiness, we tested this hypothesis in 21 different genetically modified mice and found that the mechanism regulated by calcium ions controlled sleep duration. The calcium ions needed to flow into the nerve cells for sleep to occur, whereas they needed to flow out of the nerve cells for wakefulness. Traditionally, calcium was thought to excite the nervous system, but in fact calcium acts as a brake, suppressing excitement in the nervous system and causing sleepiness. Learning something during the day activates the nerve cells, which then take in calcium, enabling us to sleep better at night.

Ten years ago, I moved from the study of cells to the study of animals, which are a collection of cells. Now I have moved from animals to people. In animals (mice), sleep could be detected by the breath of the sleeping animal, but in humans, the approach is based on arm movements. Our arms move even when we are asleep, but their movements differ significantly between periods of sleep and wakefulness. By distinguishing between the two, we can clearly identify the sleep pattern called “wake after sleep onset (WASO),” which often occurs when a person is suffering from a neurological disorder. The idea is to use hand movements as a sensor to investigate the underlying sleep-wake states and brain state.

I began studying human sleep because I wanted to add sleep measurement to the Specific Health Checkups (a type of medical examination provided in Japan). By measuring sleep regularly, I wanted to create a system to monitor brain conditions and detect early signs of disease. However, since there was no suitable wearable measurement device, we began developing one. Although there are devices that can measure sleep using an acceleration sensor, they have not been accurate enough to detect WASO. We introduced a bed and several medical devices in our laboratory and compared electroencephalogram (EEG) / electromyogram (EMG)-based sleep detection and wristband accelerometer-based sleep detection results. According to the verification, we could obtain accurate data just from the wristwatch-like accelerometer. In 2020, we were able to have a clear prospect on practical use and we published two papers in 2022. One is about the ACCEL (ACceleration-based Classification and Estimation of Long-term sleep-wake cycles) algorithm for the accurate classification of sleep-wake states. The other is about an attempt to classify the sleep-wake patterns of 100,000 people using ACCEL.

There are drugs and medical devices for people with deteriorating sleep conditions, but sleep healthcare is still weak in terms of preventing the worsening of conditions in the pre-symptomatic state. Hoping to do something about this, I launched a start-up venture aimed at social implementation of sleep health checkups in August 2020. In October of the same year, I started a sleep health checkup campaign to promote the sleep health checkups by taking advantage of the unique aspects of Japan’s national health care system. I imagine the checkup happening as follows: the device would be given to the patient in advance and the patient would submit it on the day of the checkup, just like a stool or urine sample. Brain conditions could be checked by simply wearing the device on the arm for about a week.

The poor sleep quality of the Japanese people is often a topic of debate. As this aspect becomes more apparent, there will be greater recognition that sleep is a basic human right, and that ensuring its quality is the responsibility of the government and employers. Recent research has found that sleep is more than just rest. Sleep seems to strengthen the connections between nerve cells responsible for memory. Sleep is an important process that supports the brain activity that makes us who we are. I believe sleep checkups will thus grow ever more important.