Why does time fly when you’re having fun?

Q4. Why does time fly when you’re having fun?

Time seems to move faster when we are having a good time. Why does our perception of time change?
A. Because neurotransmitters that “fast-forward” the mind’s clock are released. 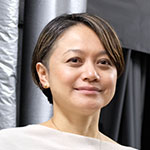 A “pacemaker” ticks in a manner that influences time perception

How do we perceive time? One typical way of understanding this is called the “pacemaker model.” The model is based on the idea that there is a ticking pacemaker and accumulator in our mind and that when a certain number of ticks have accumulated in the pacemaker, we feel that a certain amount of time has passed. Fun times seem to pass quickly because the pacemaker ticks faster than usual, making time accumulate in a shorter period than it actually does. This is only a hypothetical conceptual model; we do not literally have a pacemaker in our minds. However, there is a trend in research to try to understand human time perception by assuming the existence of such a pacemaker.

While our brains have visual and auditory cortices that process sounds and images, no regions dedicated solely to temporal information processing have been found in our brains. From another perspective, all brain regions can influence the pacemaker’s speed. In the brain, the subcortical areas control breathing and regulate body temperature while the cerebral cortex is responsible for higher cognitive functions such as information processing and thinking. Both cortices are also involved in temporal information processing. Among these areas, the basal ganglia are the most influential. They are involved in the release of the neurotransmitter called dopamine. If we lack dopamine, we cannot perceive time properly. The amount of dopamine increases when we feel happy or joyful.

There are many things that are still not fully understood about how humans perceive time, and that is what I am researching to find out. My laboratory conducts psychological experiments and functional magnetic resonance imaging (fMRI) for the analysis of brain activity in order to understand the mechanism of time perception, ranging from a few seconds to a few minutes at the longest. For example, when electrodes for electroencephalography are attached to the back of the head for measurement, alpha wave components at around 8 Hz to 12 Hz are often observed. We apply electrical current externally to the electrodes to forcibly accelerate or decelerate the synchronized neural activity. This allows us to measure how time perception is affected. Basic research is not about predicting “what will be useful to the world.” Rather, it is about finding the answers to the mysteries that lie before us through experiments. That is the fun and joy of the process.