Why do you lose consciousness during general anesthesia?

Q8. Why do you lose consciousness during general anesthesia?

Thanks to anesthesia, patients can be treated without feeling pain. How can general anesthesia make a patient unconscious in the first place?
A. Because nerve cells do not transmit information to neighbor cells. 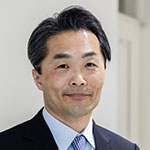 Two types of theories attempt to explain the mechanism of anesthesia: specific target theory and non-specific target theory. The former states that anesthetics bind to and act on specific receptors on the surface of nerve cells. As the receptor is often a protein, this theory is also called the protein theory.

Nerve cells have a variety of channels that provide pathways for sodium, potassium, chloride ions and other electrolytes. There is a difference in the concentration of electrolytes between the outside and inside of the cell. When electrolytes move from higher to lower concentrations, the membrane potential changes, and the cell sends a signal to neighboring cells. This phenomenon is repeated to transmit information within the neural circuit – a process that corresponds to brain activity when we are awake. Anesthetics stop this activity. When the anesthetic does its work, ushering chloride ions into the cells and potassium ions out, the ionic gradient is eliminated. The nerve cells do not send signals to their neighbors, and the circuit is not connected. When a person is awake, information entering from the outside is organized and passed on via this process, but that activity ceases in the anesthetized state.

The non-specific target theory is also known as the lipid membrane theory. The cell membrane of a living organism is comprised of hydrophilic and hydrophobic layers. The theory asserts that anesthetics affect the double lipid membranes and do not have specific receptors as a target of action. The non-specific target theory has been around longer (since approximately 1900) and is best known as the Meyer-Overton hypothesis. Researchers have examined the correlation between anesthetic potency and lipid solubility, providing support for the theory that anesthetics act on the membrane lipids of nerve cells. However, the mechanism underlying the inhibition of nerve activity remains unclear. After 1980, when the technique for creating knockout mice lacking specific proteins was developed, the specific target theory became the mainstream. However, there are cases that each of these theories alone fails to explain completely, and thus the debate has continued.

A landmark study published in 2020 found that when an anesthetic is applied to the lipid raft region in the lipid bilayer membrane, the raft structure spreads and collapses, causing increased channel activity and potassium ion efflux. This results in the absence of neuronal excitation, and, in turn, anesthesia. This means that both the mechanism proposed by the specific target theory and the strength of the affinity for lipids claimed by the non-specific target theory are acceptable. Thus, instead of deciding which is correct, this finding connects the two theories.

While I am the sixth head professor in the history of Japan’s oldest anesthesiology department, I feel that anesthesiologists have an extremely low public profile. Anesthesiologists are physicians who not only handle anesthesia in the operating room, but also have knowledge and skills in intensive care. The COVID-19 pandemic raised alarming concerns about the shortage of intensive-care physicians, a problem that we anesthesiologists help address. I hope that people also see that dimension of our profession: caring for critically ill patients.