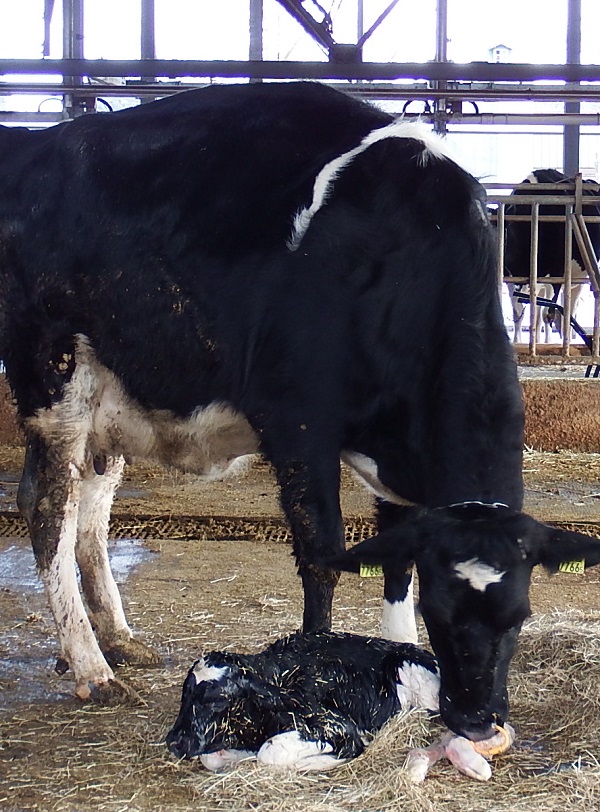 A popular belief that there is a higher number of births around the full moon has been shown to be true for dairy cows by a group of University of Tokyo researchers.

Previous studies have found conflicting evidence on the moon cycle affecting the timing of human births and many researchers remain unconvinced that the moon influences human births.

Associate Professor Tomohiro Yonezawa of the Graduate School of Agriculture and Life Sciences explains that the results may have varied because “multiple factors, such as the mothers’ nutrition, social environment, and genetic background could disguise the moon’s influence. However, cows may provide a good model for teasing apart the lunar effect from other factors that also influence birth.”

In the present study, Yonezawa and his colleagues analyzed the birth timing of genetically similar Holstein cows reared in uniform conditions on a dairy farm in Hokkaido, northernmost prefecture in Japan. The researchers looked into 428 records of full-term spontaneous cow deliveries during a three-year period between September 2011 and August 2013, and the state of the moon in the moon cycle at the time of each delivery.

Analysis showed that the birth rate was statistically higher during the near full and full moon. Furthermore, the number of deliveries was higher for cows that had previously given birth.

“As vets, we always try to see if questions that are difficult to explore in humans can be examined in farm animals. This study is a good example of how we’ve put this approach into practice, but before we can draw any strong conclusions, we have to verify our results with a larger sample size,” says Yonezawa. “Also our findings do not immediately hold true for human births and we still don’t know why the number of calves delivered increases around the full moon. However, we are excited to do further research because the findings should eventually lead to discoveries that can be generalized to human births.”