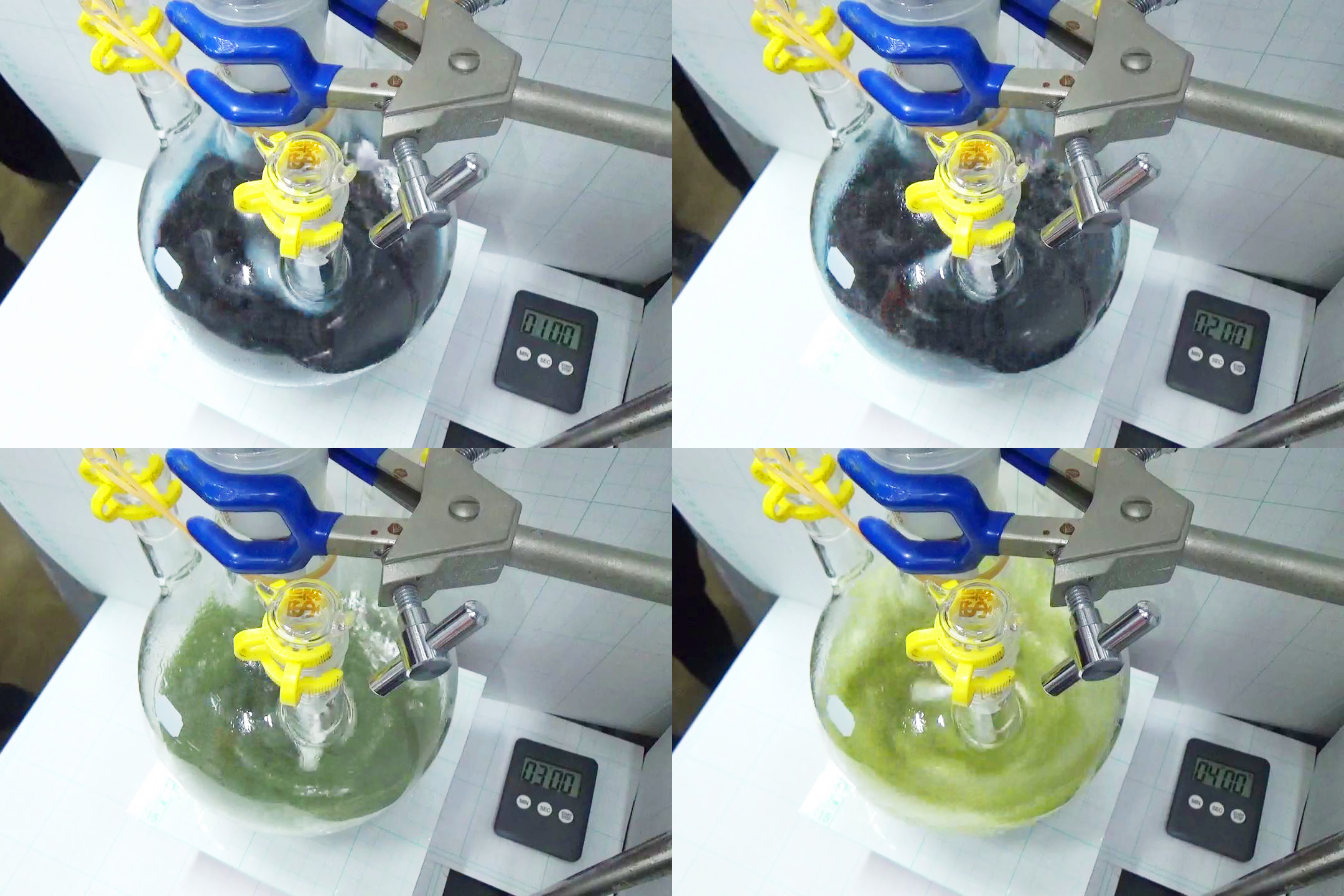 The SWAP process in action. It efficiently converts 90 percent of raw material to ammonia in one go, whereas the Haber-Bosch process only converts 10 percent. Image: © 2019 Yoshiaki Nishibayashi

Ammonia — a colorless gas essential for things like fertilizer — can be made by a new process which is far cleaner, easier and cheaper than the current leading method. UTokyo researchers use readily available lab equipment, recyclable chemicals and a minimum of energy to produce ammonia. Their Samarium-Water Ammonia Production (SWAP) process promises to scale down ammonia production and improve access to ammonia fertilizer to farmers everywhere.

In 1900, the global population was under 2 billion, whereas in 2019, it is over 7 billion. This population explosion was fueled in part by rapid advancements in food production, in particular the widespread use of ammonia-based fertilizers. The source of this ammonia was the Haber-Bosch process, and though some say it’s one of the most significant achievements of all time it comes with a heavy price.

The Haber-Bosch process only converts 10 percent of its source material per cycle so needs to run multiple times to use it all up. One of these source materials is hydrogen (H2) produced using fossil fuels. This is chemically combined with nitrogen (N2) at temperatures of about 400-600 degrees Celsius and pressures of about 100-200 atmospheres, also at great energy cost. Professor Yoshiaki Nishibayashi and his team from the University of Tokyo’s Department of Systems Innovation hope to improve the situation with their SWAP process.

“Worldwide, the Haber-Bosch process consumes 3 to 5 percent of all natural gas produced, around 1 or 2 percent of the world’s entire energy supply,” explained Nishibayashi. “In contrast, leguminous plants have symbiotic nitrogen-fixing bacteria that produce ammonia at atmospheric temperatures and pressures. We isolated this mechanism and reverse engineered its functional component — nitrogenase.” 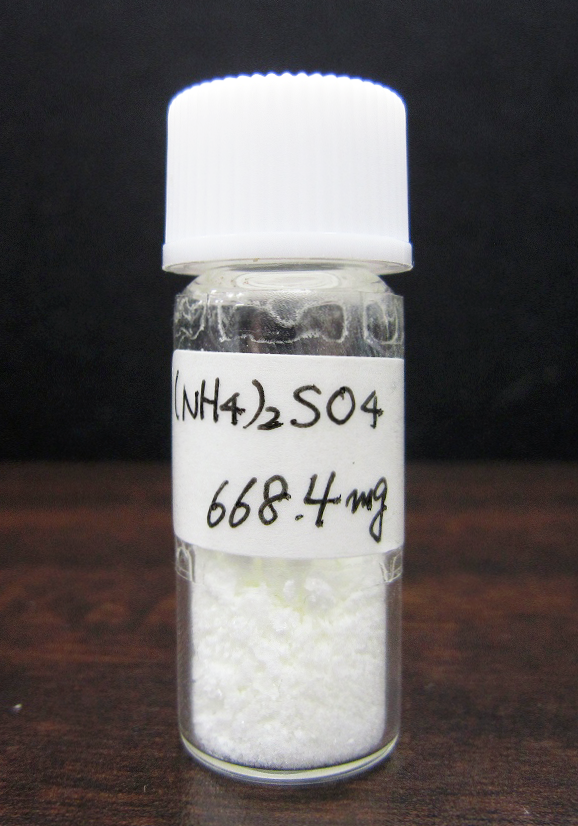 Ammonium sulfate from the SWAP process. Ammonia could find future use as an energy storage medium for renewable energy industries. Image: © 2019 Yoshiaki Nishibayashi

Over many years, Nishibayashi and his team used lab-made catalysts to try and reproduce the way nitrogenase behaves. Others have tried but their catalysts only produce dozens to several hundred ammonia molecules before they expire. Nishibayashi’s special molybdenum-based catalyst produces 4,350 ammonia molecules in about four hours before it expires.

“Our SWAP process creates ammonia at 300-500 times the rate of the Haber-Bosch process and at 90 percent efficiency,” continued Nishibayashi. “Factor in the gargantuan energy savings in the process and sourcing of raw materials and the benefits really show.”

Anyone with the proper source materials can perform SWAP on a table-top chemistry lab, whereas the Haber-Bosch process requires large-scale industrial equipment. This could afford access to those who lack the capital to invest in such large, expensive equipment. The raw materials themselves are a huge saving in terms of cost and energy.

“A strong motivation was to make the SWAP process possible on a desktop scale. I hope to see this process democratize production of fertilizers,” said Nishibayashi. “So it’s not just about the upfront costs but also the continued cost and energy savings of raw materials. My team offers this idea to help agricultural practices in the places which need it the most.”

SWAP takes in nitrogen (N2) from the air - as the Haber-Bosch process does - but the special molybdenum-based catalyst combines this with protons (H+) from water and electrons (e-) from samarium (SmI2). Samarium — also known as Kagan’s reagent — is currently mined and is used up in the SWAP process. However samarium can be recycled with electricity to replenish its lost electrons and researchers aim to use cheap renewable sources for this in the future.

“I was pleasantly surprised when we found something as common as water could serve as the proton source; a molybdenum catalyst does not normally allow this, but ours is special,” concluded Nishibayashi. “It is the first artificial nitrogen-fixing reaction to reach a rate close to that we see nitrogenase produce in nature. And like the natural process, it is passive, too, so better for the environment. I hope my life's work can be of great benefit to humanity.”