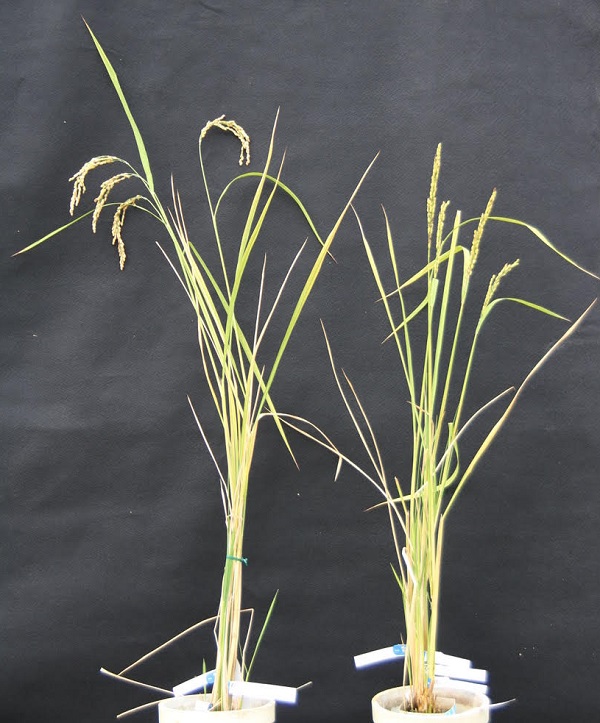 Researchers in Japan have edited plant mitochondrial DNA for the first time, which could lead to a more secure food supply.

“We knew we were successful when we saw that the rice plant was more polite — it had a deep bow,” said Associate Professor Shin-ichi Arimura, joking about how a fertile rice plant bends under the weight of heavy seeds.

Arimura is an expert in plant molecular genetics at the University of Tokyo and led the research team, whose results were published in Nature Plants. Collaborators at Tohoku University and Tamagawa University also contributed to the research.

Genetic diversity for the food supply

Researchers hope to use the technique to address the current lack of mitochondrial genetic diversity in crops, a potentially devastating weak point in our food supply.

In 1970, a fungal infection arrived on Texas corn farms and was exacerbated by a gene in the corn’s mitochondria. All corn on the farms had the same gene, so none were resistant to the infection. Fifteen percent of the entire American corn crop was killed that year. Corn with that specific mitochondrial gene has not been planted since.

Most farmers do not save seeds from their harvest to replant next year. Hybrid plants, the first-generation offspring of two genetically different parents, are usually hardier and more productive.

Researchers refer to a common type of plant male infertility as cytoplasmic male sterility (CMS). CMS is a rare but naturally occurring phenomenon caused primarily by genes not in the nucleus of the cells, but rather the mitochondria.

The plant mitochondria rapidly moving around the cell (Arabidopsis leaf epidermal cell) in this video were artificially made to glow green, but are shown at their actual speed. Plant mitochondria move about 10 times faster than mammalian or yeast mitochondria. Video by Shin-ichi Arimura CC-BY

Plants use sunlight to produce most of their energy, through photosynthesis in green-pigmented chloroplasts. However, chloroplasts’ fame is overrated, according to Arimura.

“Most of a plant isn’t green, only the leaves above the ground. And many plants don’t have leaves for half the year,” said Arimura.

Plants get a significant portion of their energy through the same “powerhouse of the cell” that produces energy in animal cells: the mitochondria.

Mitochondria contain DNA completely separate from the cell’s main DNA, which is stored in the nucleus. Nuclear DNA is the long double-helix genetic material inherited from both parents. The mitochondrial genome is circular, contains far fewer genes, and is primarily inherited only from mothers.

The animal mitochondrial genome is a relatively small molecule contained in a single circular structure with remarkable conservation between species.

“Even a fish’s mitochondrial genome is similar to a human’s,” said Arimura.

“The plant mitochondrial genome is huge in comparison, the structure is much more complicated, the genes are sometimes duplicated, the gene expression mechanisms are not well-understood, and some mitochondria have no genomes at all – in our previous studies, we observed that they fuse with other mitochondria to exchange protein products and then separate again,” said Arimura.

“While deleting most genes creates problems, deleting a CMS gene solves a problem for plants. Without the CMS gene, plants are fertile again,” said Arimura.

The fully fertile four new lines of rice and three new lines of rapeseed (canola) that researchers created are a proof of concept that the mitoTALENs system can successfully manipulate even the complex plant mitochondrial genome.

“This is an important first step for plant mitochondrial research,” said Arimura.

Researchers will study the mitochondrial genes responsible for plant male infertility in more detail and identify potential mutations that could add much-needed diversity.