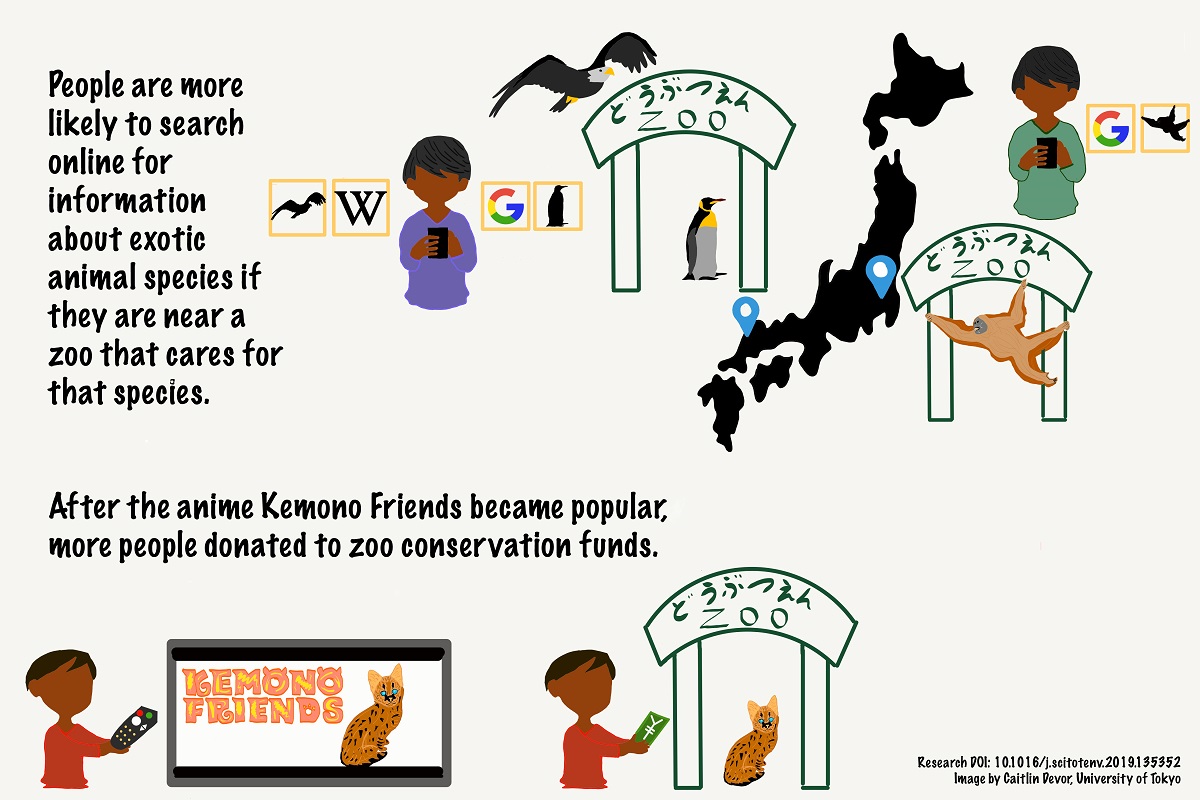 "Our study was nationwide in Japan, but zoos exist all over the world. We believe zookeepers, conservationists and entertainers should feel encouraged to work together for global preservation of endangered animals," said Assistant Professor Yuya Fukano from the University of Tokyo Institute for Sustainable Agro-ecosystem Services.

When the summer heat wave in Tokyo made fieldwork impossible, Fukano, a field ecologist, began an office-work project in collaboration with a zookeeper and another UTokyo faculty member specializing in human-nature interactions.

The benefit of zoos

Although zoos are recognized as sites for public education about wildlife conservation, evidence of their impact is usually limited to small-scale visitor surveys. The research team used the big data available from Google Trends and Wikipedia page views to measure the nationwide impact of zoos on public interest in wildlife.

Internet searches for specific animal species are more common within prefectures that also have zoos caring for those animals, according to location details in the online data. The positive effect of a zoo in the prefecture was consistent across Japan, regardless of socioeconomic differences.

"Visiting zoos motivates people to learn more about the species they see there," said Fukano.

However, researchers noticed that for many animals, the number of online searches dramatically increased in the first few months of 2017.

"We wondered what was causing this noise in the data," said Fukano.

The impact of anime 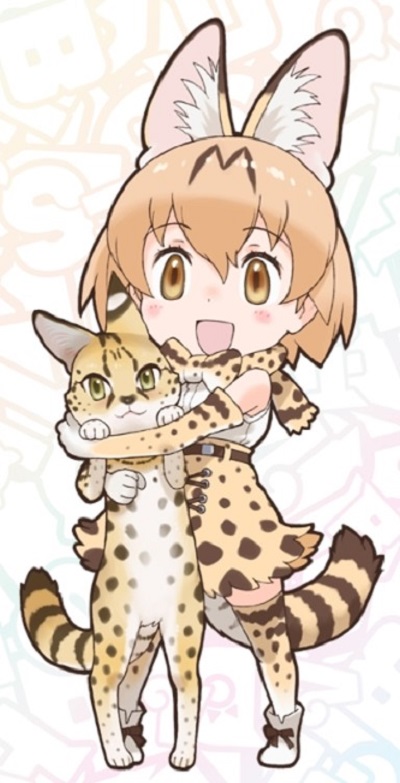 Kemono Friends is a 30-minute animated series, or anime, originally broadcast in Japan late at night between Jan. 11 and March 29, 2017.

The premise of Kemono Friends is that an unexplained event has left one girl alone in a world filled with animals who help her navigate their habitats and discover her true identity as a human. The animals are portrayed as women in animal costumes with personalities and abilities characteristic of the species they represent.

Due to its popularity, the series was rebroadcast nationwide and via online streaming services. It became a franchise with merchandise, video games and additional seasons of the TV program. The majority of the show's audience is consistently people over the age of 20. The program also won a Japanese award for outstanding science fiction.

In the 18 months during and after the original Kemono Friends broadcast, there was a total increase of 4.66 million Google searches and 1 million Wikipedia page views for the animal species featured as characters in the anime compared to the 18 months before the broadcast.

"At first, we thought anime is just entertainment, so we could not take the data seriously. But Google Trends is a record of the public interest, and the data clearly shows Kemono Friends has a positive effect on public interest in wildlife, regardless of the species' conservation status," said Fukano.

The researchers also looked at records of monetary donations to zoo conservation funds to determine if this anime-related boost in digital public interest also increased real-world conservation activity. Zoos in Tokyo that accept money allow donors to specify which species to support with their funds.

Increased public interest is not always a benefit to wildlife. For example, audiences captivated by the cute clownfish in the American animated film Finding Nemo may have inadvertently created a market for wildlife poaching.

"When we increase public interest, we must also prepare a good website or good zoo education program to turn people's interests into positive conservation and stop their interest from harming wildlife," said Fukano. 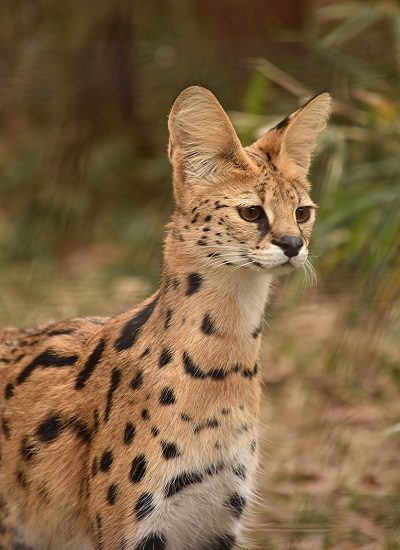 The creators of Kemono Friends reinforced the positive public interest in conservation created by the anime using both artistic and financial means. The Kemono Friends Project has collaborated with zoos to create special illustrations of individual zoo animals and allowed anime characters to be used in displays and posters around the zoo. The show's creators have also made monetary donations to those collaborating zoos and the World Wide Fund for Nature.

"There are so many environmental conservation issues in the world today: microplastics, biodiversity, climate change. These causes often compete for attention from audiences who are already interested in such issues. Collaborations between entertainers and zookeepers or conservationists could find a way to attract the very large potential audience that is not already interested in environmental topics," said Fukano.

Japanese is a language with many words that sound alike, so researchers excluded homonyms for the common names of the animals when searching Google Trends data. They also limited their study to species not native to Japan to be sure people were searching for animals they could have seen only in a zoo, not in their daily life.