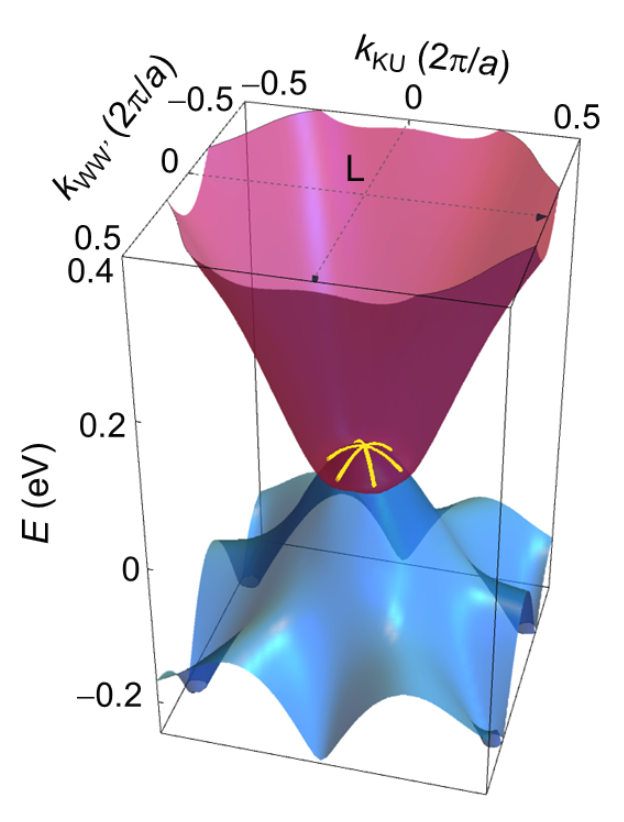 Researchers have found a way to convert heat energy into electricity with a nontoxic material. The material is mostly iron which is extremely cheap given its relative abundance. A generator based on this material could power small devices such as remote sensors or wearable devices. The material can be thin so it could be shaped into various forms.

There’s no such thing as a free lunch, or free energy. But if your energy demands are low enough, say for example in the case of a small sensor of some kind, then there is a way to harness heat energy to supply your power without wires or batteries. Research Associate Akito Sakai and group members from his laboratory at the University of Tokyo Institute for Solid State Physics and Department of Physics, led by Professor Satoru Nakatsuji, and from the Department of Applied Physics, led by Professor Ryotaro Arita, have taken steps towards this goal with their innovative iron-based thermoelectric material.

“So far, all the study on thermoelectric generation has focused on the established but limited Seebeck effect,” said Nakatsuji. “In contrast, we focused on a relatively less familiar phenomenon called the anomalous Nernst effect (ANE).”

ANE produces a voltage perpendicular to the direction of a temperature gradient across the surface of a suitable material. The phenomenon could help simplify the design of thermoelectric generators and enhance their conversion efficiency if the right materials become more readily available.

“We made a material that is 75 percent iron and 25 percent aluminum (Fe3Al) or gallium (Fe3Ga) by a process called doping,” said Sakai. “This significantly boosted ANE. We saw a twentyfold jump in voltage compared to undoped samples, which was exciting to see.”

This is not the first time the team has demonstrated ANE, but previous experiments used materials less readily available and more expensive than iron. The attraction of this device is partly its low-cost and nontoxic constituents, but also the fact that it can be made in a thin-film form so that it can be molded to suit various applications.

“The thin and flexible structures we can now create could harvest energy more efficiently than generators based on the Seebeck effect,” explained Sakai. “I hope our discovery can lead to thermoelectric technologies to power wearable devices, remote sensors in inaccessible places where batteries are impractical, and more.” 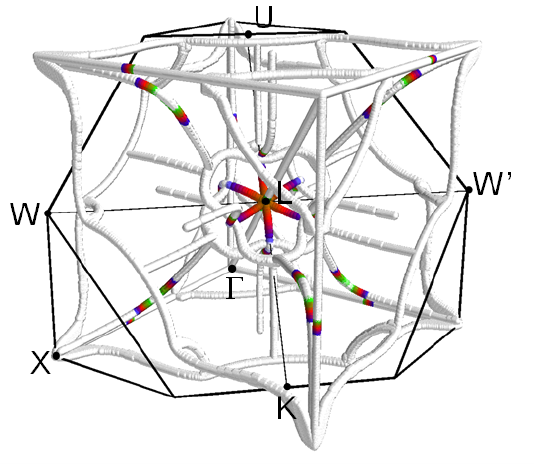 Before recent times this kind of development in materials science would mainly come about from repeated iterations and refinements in experiments which were both time-consuming and expensive. But the team relied heavily on computational methods for numerical calculations effectively reducing time between the initial idea and proof of success.

“Numerical calculations contributed greatly to our discovery; for example, high-speed automatic calculations helped us find suitable materials to test,” said Nakatsuji. “And first principles calculations based on quantum mechanics shortcut the process of analyzing electronic structures we call nodal webs which are crucial for our experiments.”

“Up until now this kind of numerical calculation was prohibitively difficult,” said Arita. “So we hope that not only our materials, but our computational techniques can be useful tools for others as well. We are all keen to one day see devices based on our discovery.”