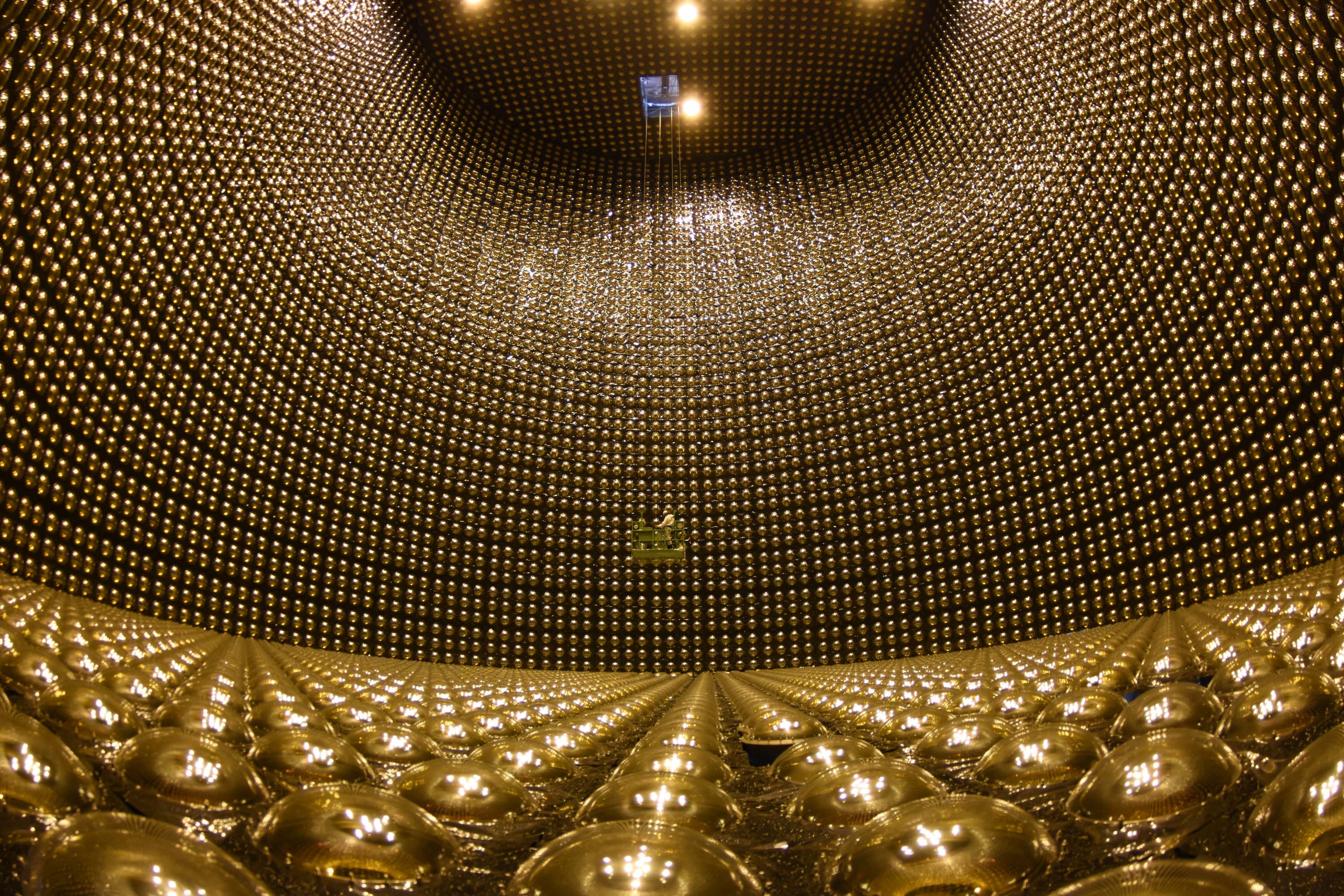 Inside Super-Kamiokande. The observatory is lined with 13,000 photomultiplier tubes which amplify weak flashes of light. © 2020 Kamioka Observatory, ICRR (Institute for Cosmic Ray Research), The University of Tokyo

Buried 1 kilometer underground near the city of Hida in central Japan is an enormous cylinder 40 meters tall and filled with 50 million liters of water. This is the Super-Kamiokande neutrino observatory, and since 1996 it has been observing neutrinos, subatomic particles, from solar, extrasolar, terrestrial and artificial sources. It detects these particles with highly sensitive optical sensors which record minute flashes of light that occur when a neutrino interacts with a molecule of water.

The sensors need to be very sensitive as neutrino events are hard to record. Neutrinos have such little mass that they mostly pass through ordinary matter as if it wasn’t there, interacting only rarely. By building the observatory deep underground, it helps block other kinds of particles and radiation but allows neutrinos to enter the chamber, sort of like a filter. The specific characteristics of the flashes of light tell researchers about the kind of neutrino they’ve just detected, as there are several different types relating to various phenomena that create them. 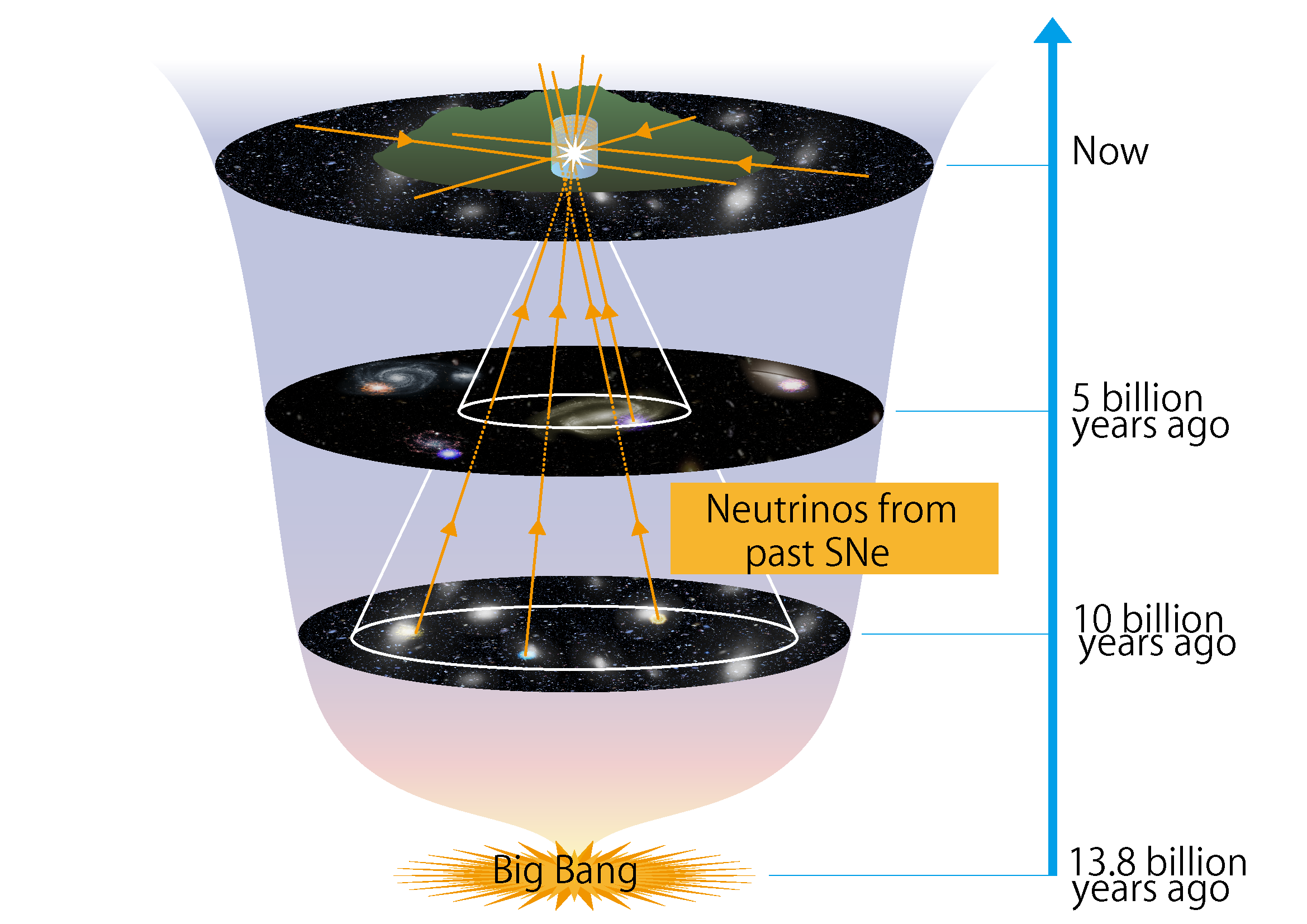 Relics from the past. Supernovae happen constantly but are so far apart that the resulting neutrinos become very diffuse. © 2020 Kamioka Observatory, ICRR (Institute for Cosmic Ray Research), The University of Tokyo

Researchers are keen to observe anti-electron neutrinos in particular as those can tell us a surprising number of things about our universe. Although a supernova in our own galaxy has been detected before, they occur only rarely, several decades apart. So researchers look further afield to supernovae that happened billions of years ago in distant galaxies, but there’s a catch.

Neutrino signals from these distant supernovae are very weak and hard to distinguish from background noise. The telltale flashes that signify a supernova event need a boost to help researchers extract the signal. The solution is to add an impurity to the water that creates bright flashes in response to neutrons caused by antielectron neutrino interactions but does not otherwise affect the observations at Super-Kamiokande.

Researchers have mixed several tons of the rare-earth element gadolinium into the otherwise pure water. Gadolinium interacts with neutrons produced by certain neutrino interactions, and gives off an easily detectable gamma-ray flash. These flashes indirectly inform researchers about the neutrinos that caused them. Initially, 13 tons of a gadolinium compound have been added, giving a gadolinium concentration of about 0.01%. Researchers will increase this to further improve sensitivity to neutrino events. 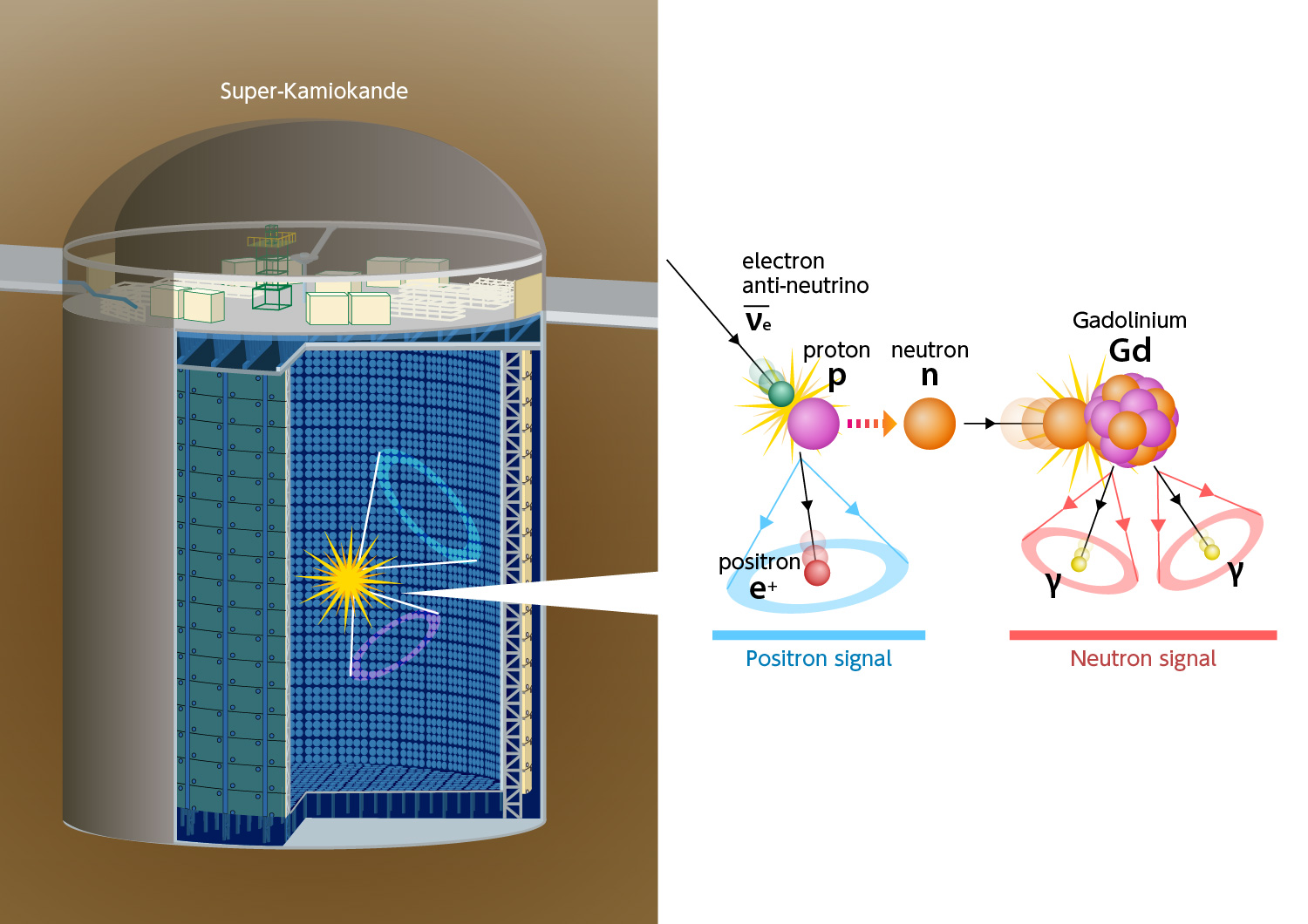