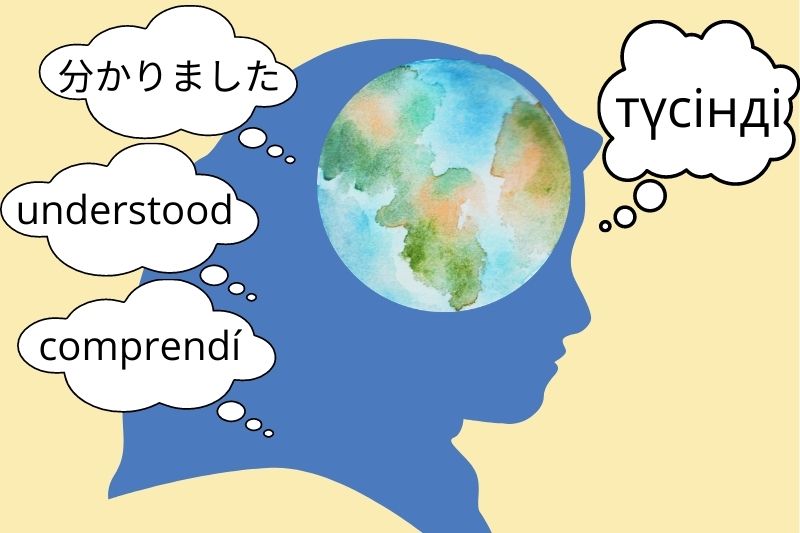 Multilingual people have trained their brains to learn languages, making it easier to acquire more new languages after mastering a second or third. In addition to demystifying the seemingly herculean genius of multilinguals, researchers say these results provide some of the first neuroscientific evidence that language skills are additive, a theory known as the cumulative‐enhancement model of language acquisition.

“The traditional idea is, if you understand bilinguals, you can use those same details to understand multilinguals. We rigorously checked that possibility with this research and saw multilinguals’ language acquisition skills are not equivalent, but superior to those of bilinguals,” said Professor Kuniyoshi L. Sakai from the University of Tokyo, an expert in the neuroscience of language and last author of the research study recently published in Scientific Reports. This joint research project includes collaboration with Professor Suzanne Flynn from the Massachusetts Institute of Technology (MIT), a specialist in linguistics and multilanguage acquisition, who first proposed the cumulative‐enhancement model.

Neuroscientists measured brain activity while 21 bilingual and 28 multilingual adult volunteers tried to identify words and sentences in Kazakh, a language brand new to them.

All participants were native speakers of Japanese whose second language was English. Most of the multilingual participants had learned Spanish as a third language, but others had learned Chinese, Korean, Russian or German. Some knew up to five languages.

Fluency in multiple languages requires command of different sounds, vocabularies, sentence structures and grammar rules. Sentences in English and Spanish are usually structured with the noun or verb at the start of a phrase, but Japanese and Kazakh consistently place nouns or verbs at the end of a phrase. English, Spanish and Kazakh grammars require subject-verb agreement (she walks, they walk), but Japanese grammar does not.

Instead of grammar drills or conversation skills in a classroom, researchers simulated a more natural language learning environment where volunteers had to figure out the fundamentals of a new language purely by listening. Volunteers listened to recordings of individual Kazakh words or short sentences including those words while watching a screen with plus or minus symbols to signal if the sentence was grammatically correct or not. Volunteers were given a series of four increasingly difficult listening tests while researchers measured their brain activity using functional magnetic resonance imaging (fMRI).

In the simplest test, volunteers had to determine if they were hearing a word from the earlier learning session or if it was a grammatically different version of the same word; for example: run/ran or take/takes. In the next test levels, volunteers listened to example sentences and were asked if the sentences were grammatically correct and to decipher sentence structures by identifying noun-verb pairs. For example, “We understood that John thought,” is translated in Kazakh as “Biz John oyladï dep tüsindik.” The sentence would be grammatically incorrect if volunteers heard tüsindi instead of tüsindik. The correct noun-verb pairs are we understood (Biz tüsindik) and John thought (John oyladï).

Volunteers could retake the learning session and repeat the test an unlimited number of times until they passed and progressed to the next level of difficulty.

Multilingual participants who were more fluent in their second and third languages were able to pass the Kazakh tests with fewer repeated learning sessions than their less-fluent multilingual peers. More-fluent multilinguals also became faster at choosing an answer as they progressed from the third to fourth test level, a sign of increased confidence and that knowledge acquired during easier tests was successfully transferred to higher levels.

“For multilinguals, in Kazakh, the pattern of brain activation is similar to that for bilinguals, but the activation is much more sensitive, and much faster,” said Sakai.

The pattern of brain activation in bilingual and multilingual volunteers fits current understanding of how the brain understands language, specifically that portions of the left frontal lobe become more active when understanding both the content and meaning of a sentence. When learning a second language, it is normal for the corresponding areas on the right side of the brain to become active and assist in efforts to understand.

The UTokyo-MIT research team says this activation pattern in the basal ganglia shows that multilingual people can make generalizations and build on prior knowledge, rather than approach each new grammar rule as a separate idea to understand from scratch.

Prior studies by Sakai and others have found a three-part timeline of changes in brain activation while learning a new language: an initial increase, a high plateau and a decline to the same low level of activation required to understand the native language.

These new results confirm that pattern in multilinguals and support the possibility that prior experience progressing through those stages of language learning makes it easier to do again, supporting the cumulative-enhancement model of language acquisition.

“This is a neuroscientific explanation of why learning another new language is easier than acquiring a second. Bilinguals only have two points of reference. Multilinguals can use their knowledge of three or more languages in their brains to learn another new one,” said Sakai.

Sakai and his colleagues are continuing to expand their study of the multilingual brain with their collaborators at MIT.