Where on Earth is all the water? There may be up to 70 times more hydrogen in Earth’s core than in the oceans Research news

High-temperature and high-pressure experiments involving a diamond anvil and chemicals to simulate the core of the young Earth demonstrate for the first time that hydrogen can bond strongly with iron in extreme conditions. This explains the presence of significant amounts of hydrogen in the Earth’s core that arrived as water from bombardments billions of years ago.

Given the extreme depths, temperatures and pressures involved, we are not physically able to probe very far into the earth directly. So, in order to peer deep inside the Earth, researchers use techniques involving seismic data to ascertain things like composition and density of subterranean material. Something that has stood out for as long as these kinds of measurements have been taking place is that the core is primarily made of iron, but its density, in particular that of the liquid part, is lower than expected. 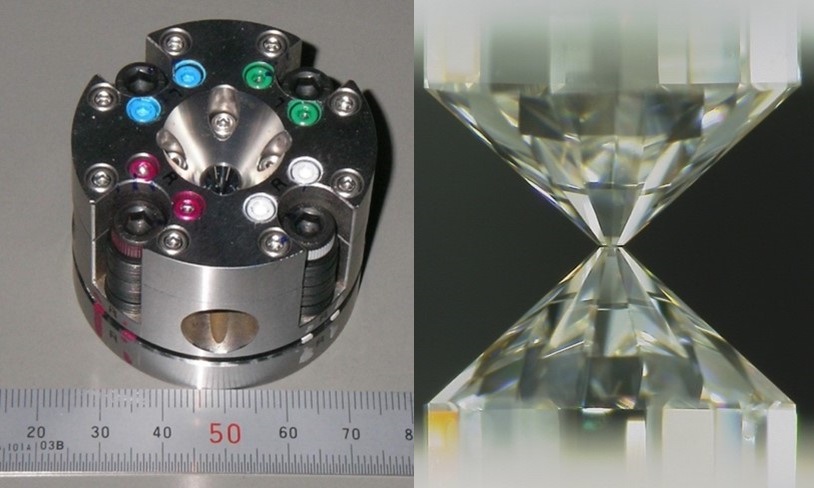 This led researchers to believe there must be an abundance of light elements alongside the iron. For the first time, researchers have examined the behavior of water in laboratory experiments involving metallic iron and silicate compounds that accurately simulate the metal-silicate (core-mantle) reactions during Earth’s formation. They found that when water meets iron, the majority of the hydrogen dissolves into the metal while the oxygen reacts with iron and goes into the silicate materials.

“At the temperatures and pressures we are used to on the surface, hydrogen does not bond with iron, but we wondered if it were possible under more extreme conditions,” said Shoh Tagawa, a Ph.D. student at the Department of Earth and Planetary Science at the University of Tokyo during the study. “Such extreme temperatures and pressures are not easy to reproduce, and the best way to achieve them in the lab was to use an anvil made of diamond. This can impart pressures of 30–60 gigapascals in temperatures of 3,100–4,600 kelvin. This is a good simulation of the Earth’s core formation.” 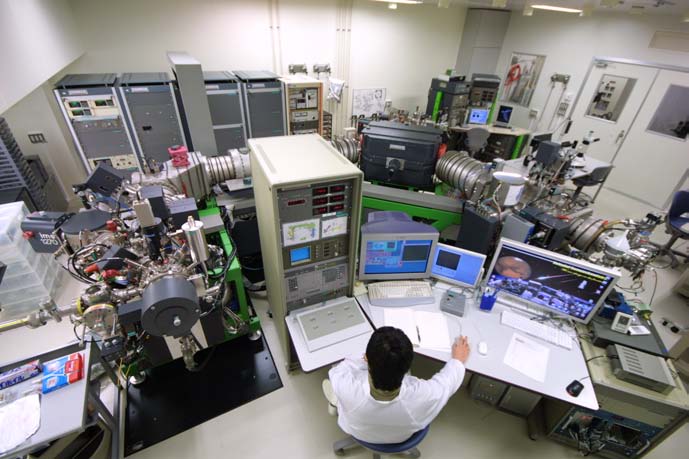 The team, under Professor Kei Hirose, used metal and water-bearing silicate analogous to those found in the Earth’s core and mantle, respectively, and compressed them in the diamond anvil whilst simultaneously heating the sample with a laser. To see what was going on in the sample, they used high-resolution imaging involving a technique called secondary ion mass spectroscopy. This allowed them to confirm their hypothesis that hydrogen bonds with iron, which explains the apparent lack of ocean water. Hydrogen is said to be iron-loving, or siderophile.

“This finding allows us to explore something that affects us in quite a profound way,” said Hirose. “That hydrogen is siderophile under high pressure tells us that much of the water that came to Earth in mass bombardments during its formation might be in the core as hydrogen today. We estimate there might be as much as 70 oceans’ worth of hydrogen locked away down there. Had this remained on the surface as water, the Earth may never have known land, and life as we know it would never have evolved.”