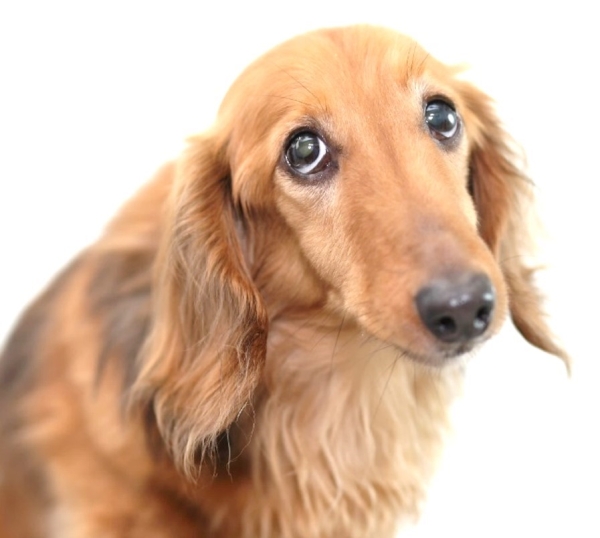 Dogs are proving to be a far better scientific model for study of prostate cancer than mice, the typical animal used in the lab for this type of research. In the first use of canines in an advanced prostate cancer study, scientists explored the pathways used by the cancer to evade the immune system and identified an antibody drug that significantly improves survival rates.

The findings are described in a paper appearing in the Journal for ImmunoTherapy of Cancer.

Prostate cancer is the most common cancer in men worldwide. At advanced stages, there exist treatments that are effective in most cases for a short while, but eventually the disease progresses past being susceptible to any curative treatment. The prognosis beyond this point is typically gloomy.

Researchers have hypothesized that a particular type of white blood cell — regulatory T cells, or Tregs — may be inhibiting the ability of the immune system to recognize and thereby attack prostate cancer cells (as well as some other types of cancer cells). Tregs play an essential role in the immune system, ensuring that white blood cells that recognize and attack foreign cells don’t mistake the body’s own cells as foreign and attack them. This is why Tregs are sometimes called “suppressor” T cells, as they suppress the immune system and prevent self-attack.

However, it is also thought that some types of cancer cells can trick Tregs into thinking that they also shouldn’t be attacked. Researchers have repeatedly found an excess of Tregs hanging around such cancers — a process they call Treg tumor infiltration, likely misdirecting the other T cells that would otherwise want to attack the tumor as “foreign.”

Activation (more formally, expression) of the gene that controls production of Forkhead box protein 3 (FOXP3) is necessary in turn for the production of Tregs. FOXP3 is a transcription factor, a type of protein that controls the rate of transcription of genes. Transcription is what we call the process of taking genetic information that exists in genes on DNA molecules and packaging that same information in messenger RNA, which then goes on to tell the protein factories in the cell to make a particular type of protein that corresponds to the original gene.

So if doctors could develop a way to tweak production of Tregs so as to dial it down, perhaps this could be used as an immunotherapy for patients with advanced prostate cancers.

The challenge here has been that there’s still a lot of guesswork involved, as the precise role of Tregs and the therapeutic potential of their depletion in prostate cancer remain unknown.

Compounding this challenge is that much of what we know here comes from studies and trials involving mice. Mice have been very useful in getting scientists this far, but pre-clinical trials using them perform extremely poorly at predicting the results in human trials. This is because mice and their cancers are very different to humans in terms of their genes, their immune responses, and even in terms of their symptoms and how their cancers progress. To advance beyond the guesswork, better animal models are needed.

“Thankfully ‘man’s best friend’ is once again coming to the rescue,” said Assistant Professor Shingo Maeda, a lead researcher on the paper and a veterinary clinical pathologist at the University of Tokyo.

“The prostate glands of dogs share a great deal of similarities with those of people,” he added. “They are actually the only other animal that suffers from a significant incidence of prostate cancer, and the cancer has very similar clinical features, including late-age onset and the pattern of cancer growth, to that in humans.”

As a result, the researchers wondered whether the natural occurrence of prostate cancer in pet dogs could serve as a bridge between the use of mice and proceeding to trials in human patients. In addition, as dogs have a shorter life span than humans, clinical trials using dogs could be conducted over a shorter period.

So the researchers used dogs with naturally occurring prostate cancer to do two things: first, to study the molecular mechanism that underlies Treg infiltration, and second, to check the effect of an anti-Treg treatment.

To perform the first part of the study, the researchers used immunohistochemistry to evaluate the tumor-infiltrating Tregs in dogs and humans and then compare them. This is a lab technique that uses antibodies to detect for the presence of certain antigens (the part of a pathogen, or in this case cancer cell, that prompts a response from the immune system) in a tissue sample. Then, RNA sequencing and protein analyses showed a possible link between an increase of tumor-infiltrating Tregs and the production of the chemokine CCL17, a protein that attracts Tregs, which perform this attraction by binding to CCR4, a chemokine receptor (in other words, a lock into which the CCL17 chemokine fits). Finally, a series of human prostate cancer data sets were analyzed to compare gene expression in dogs and humans.

Using this information, the researchers then conducted a pre-clinical trial on dogs of mogamulizumab — an antibody drug cloned from other white blood cells that blocks the CCR4 receptor. Compared to control dogs not receiving mogamulizumab, the trial dogs showed decreased circulation of Tregs, improved survival and a low incidence of adverse events.

Having demonstrated the use of dogs as a model for advanced prostate cancer studies, the researchers now hope to perform clinical trials and continue the research on the anti-CCR4 antibody drugs in human patients.