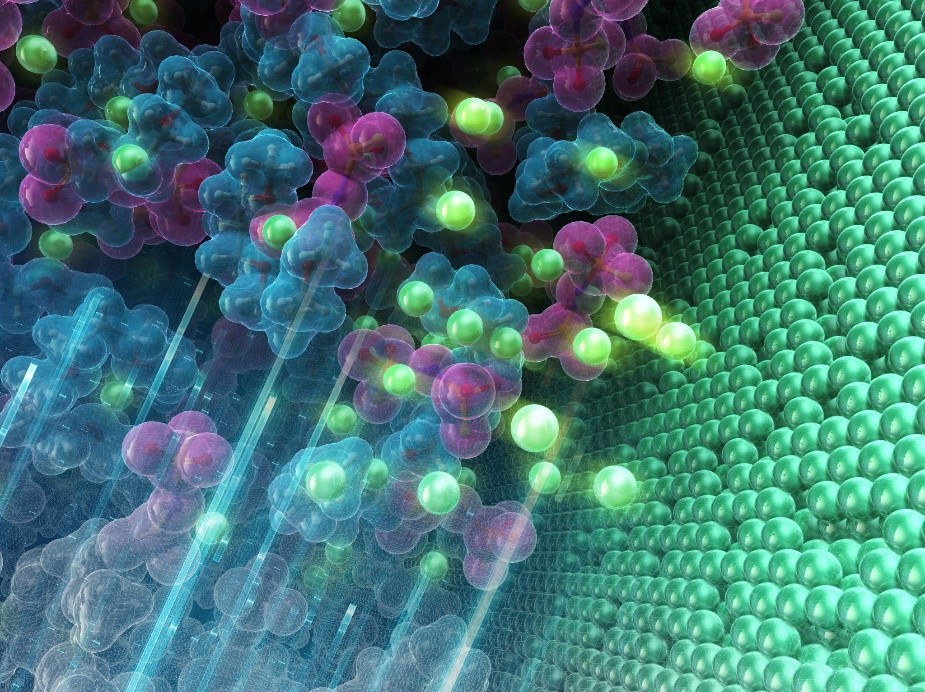 A team of researchers has discovered a new mechanism to stabilize the lithium metal electrode and electrolyte in lithium metal batteries. This new mechanism, which does not depend on the traditional kinetic approach, has potential to greatly enhance the energy density — the amount of energy stored relative to the weight or volume — of batteries.

The team published their findings in the journal Nature Energy.

“This is the first paper to propose electrode potential and related structural features as metrics for designing lithium-metal battery electrolytes, which are extracted by introducing data science combined with computational calculations. Based on our findings, several electrolytes, which enable high Coulombic efficiency, have been easily developed,” said Atsuo Yamada, a professor in the Department of Chemical System Engineering at the University of Tokyo. The team’s work has the potential to provide new opportunities in the design of next-generation electrolytes for lithium metal batteries. 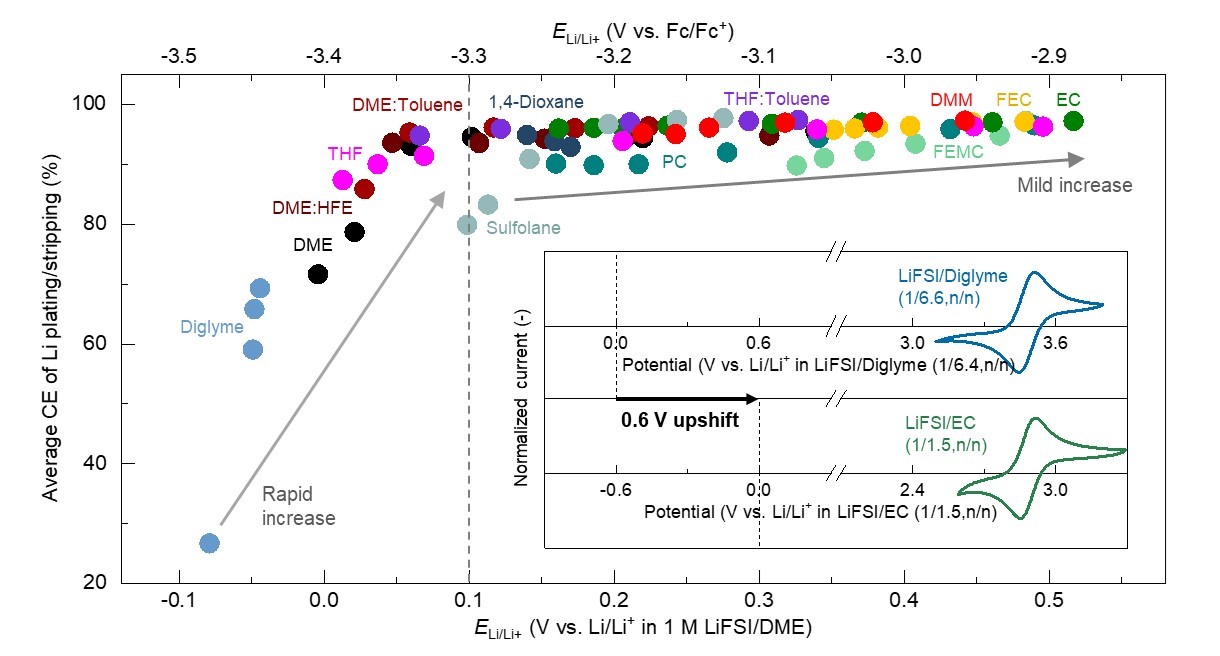 The research team determined that if they could upshift the oxidation-reduction potential of the lithium metal in a specific electrolyte system, they could decrease the thermodynamic driving force to reduce the electrolyte, and thus achieve a higher Coulombic efficiency. This strategy had rarely been applied in developing batteries with lithium metal. “The thermodynamic oxidation-reduction potential of lithium metal, which varies significantly depending on the electrolytes, is a simple yet overlooked factor that influences the lithium metal battery performance,” said Atsuo Yamada. 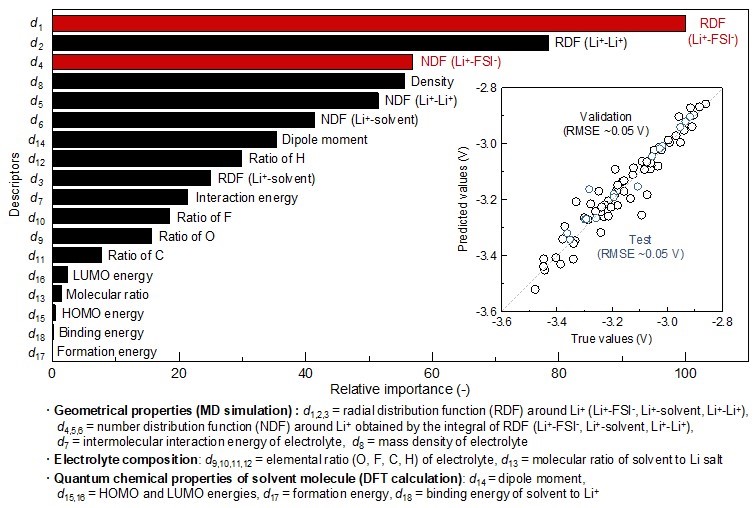 Looking ahead to future work, the research team’s goal is to unveil the rational mechanism behind the oxidation-reduction potential shift in more detail. “We will design the electrolyte guaranteeing a Coulombic efficiency of greater than 99.95%. The Coulombic efficiency of lithium metal is less than 99%, even with advanced electrolytes. However, at least 99.95% is required for the commercialization of lithium metal-based batteries,” said Atsuo Yamada.

This study was carried out in collaboration with the Nagoya Institute of Technology.