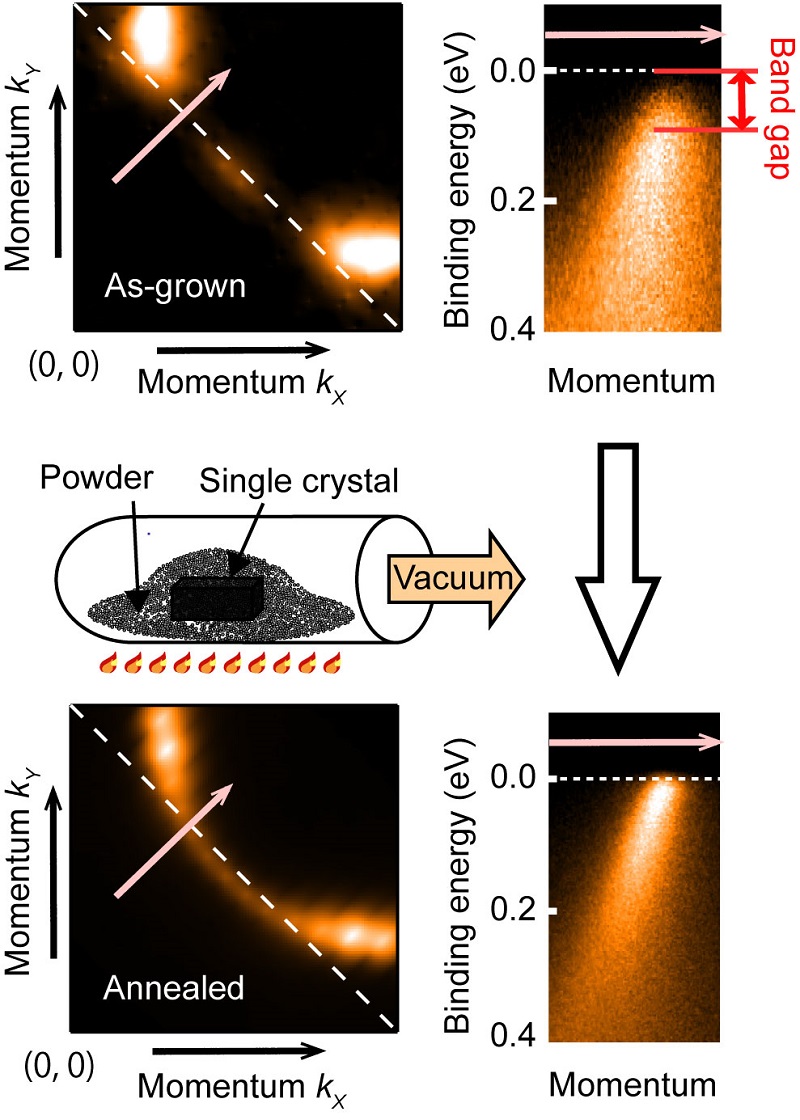 A research group led by the University of Tokyo, performing a process that removes oxygen impurities, has demonstrated that high-temperature superconductivity emerges in copper oxides in a broader electron density region and at higher temperatures than previously thought.

Professor Atsushi Fujimori and graduate student Mr. Masafumi Horio at the University of Tokyo, Graduate School of Science, Department of Physics, and their colleagues applied reduction-annealing, a type of heat treatment for removing oxygen impurities, to a high-temperature copper oxide superconductor created by electron doping. The group then directly observed the electron state of the superconductor, and discovered that sufficient reduction-annealing eliminates antiferromagnetism and enables the emergence of a high-temperature superconducting state that is stable over a much wider electron-concentration range and up to a higher temperature than previously reported.

This research was carried out in collaboration with Professor Tadashi Adachi at Sophia University, Professor Koike at Tohoku University, and the High-Energy Accelerator Research Organization (KEK).