The Ministry of Science and Innovation of the Kingdom of Spain, KEK and UTokyo sign MoU to promote Hyper-Kamiokande Project

Tweet
The Ministry of Science and Innovation (MCIN) of the Kingdom of Spain, High Energy Accelerator Research Organization (KEK) and The University of Tokyo (UTokyo) signed a memorandum of understanding (MoU), which aimed to promote the Hyper-Kamiokande international scientific research project, whose main detector has been under construction with plans to start operation in 2027 at Kamioka, Hida City, Gifu Prefecture in Japan. Nineteen countries showed their interest in participating in this Japan-led project and the Kingdom of Spain is the second nation to sign an MoU following Poland in February. 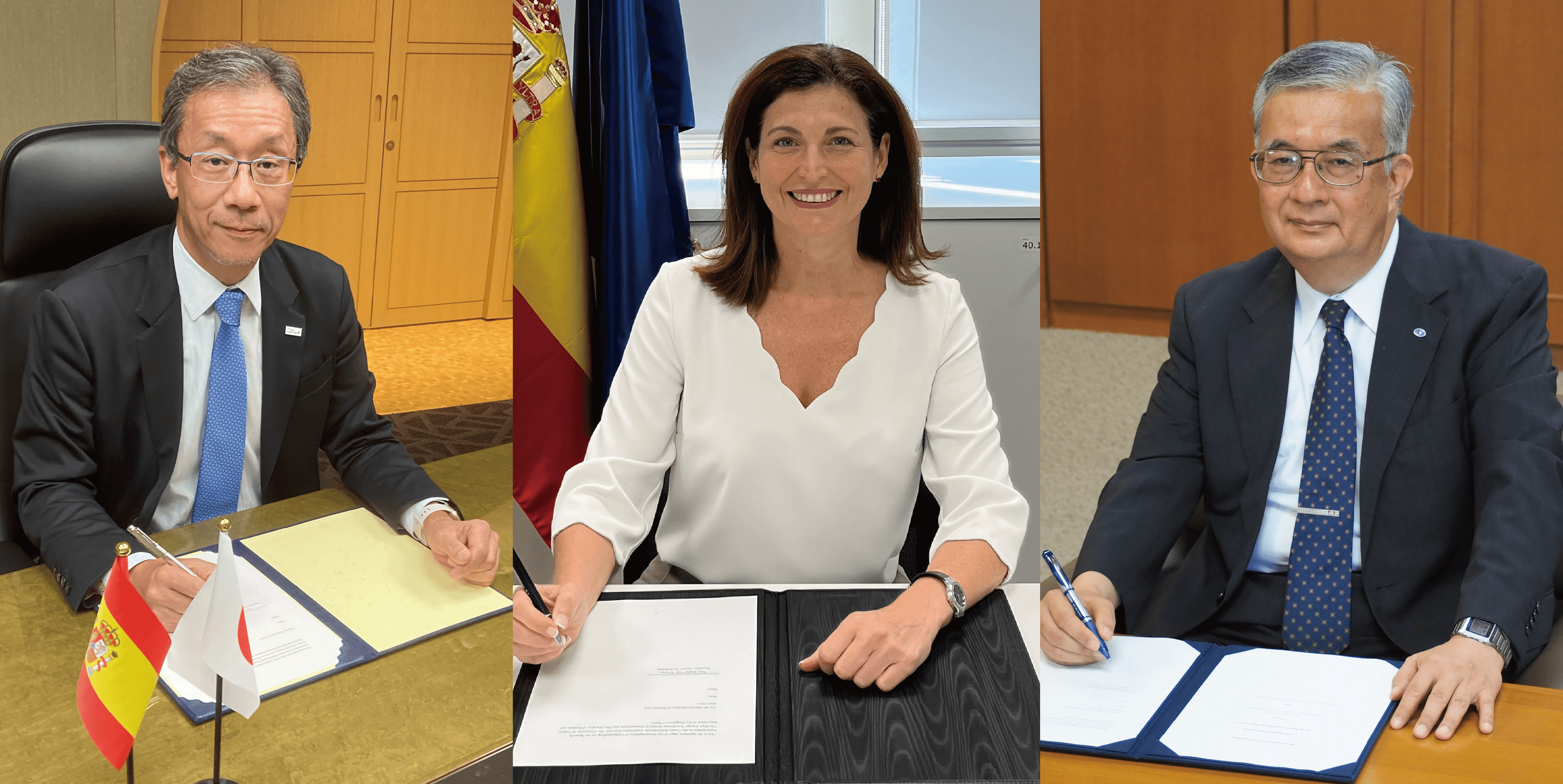 The Hyper-Kamiokande detector is planned to have a fiducial mass eight times larger than its predecessor detector, Super-Kamiokande, and it is equipped with newly-developed high-sensitivity photosensors. The aim of the project is to elucidate the Grand Unified Theory and the history of the evolution of the universe through an investigation of proton decay and CP violation (the asymmetry between neutrinos and antineutrinos), together with the observation of neutrinos from supernova explosions. The budget of the construction was approved in the Japanese Diet in February 2020, which marked the official start of the project. The construction has gotten into full swing with the access tunnel excavation for the experimental site which started in May 2021.