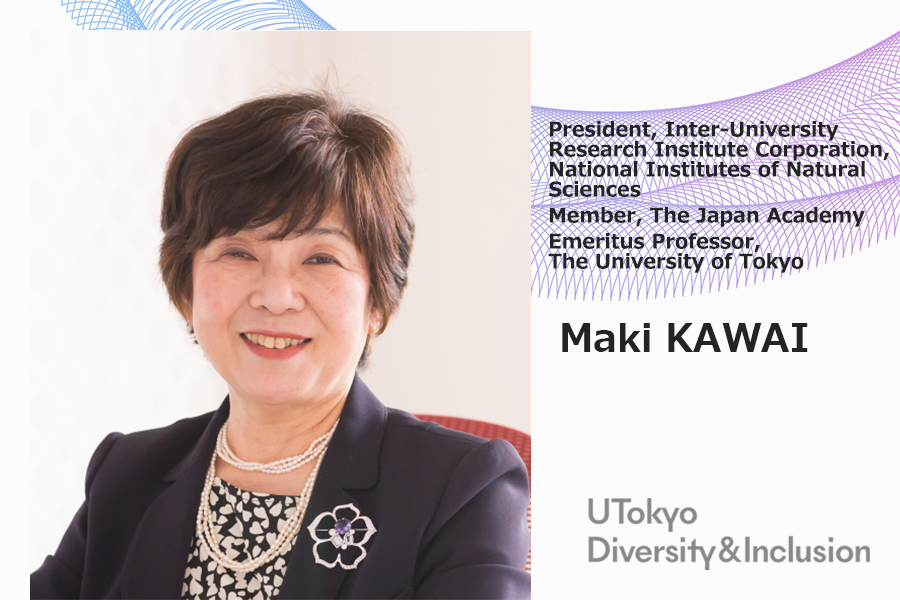 My desire is for the University of Tokyo to eliminate all forms of discrimination and differentiation, and strive to become an ideal university in which people of every stripe can participate equally. I anticipate that the university’s leadership on this issue will be a driving force for changing society. Among the measures President Teruo Fujii implemented immediately after taking office, his action to equalize the gender ratio among the university’s executive vice presidents was highly significant and truly admirable. There are many female faculty members sharing their expertise with broader society through advisory councils and other forums that contribute to national policymaking. In order to share even more ideas with society, we need more female faculty members. To achieve this, we need to admit more female students. But diversity is not just about gender difference; it also requires attention to other matters such as national origin and human rights. I want the University of Tokyo to be open to the world. I’d like to see the university instituting policies that trigger changes in what is considered common sense in Japan (but to the contrary in global terms). The low number of women in science and mathematics in Japan is another odd phenomenon when viewed internationally. We must dispel the Japanese myth that women are not suited to science. At a personal level, I’m looking forward to the day when the discriminatory term “gaijin” (foreigner) disappears from Japan.