A school that promotes sharing and caring for the local ocean 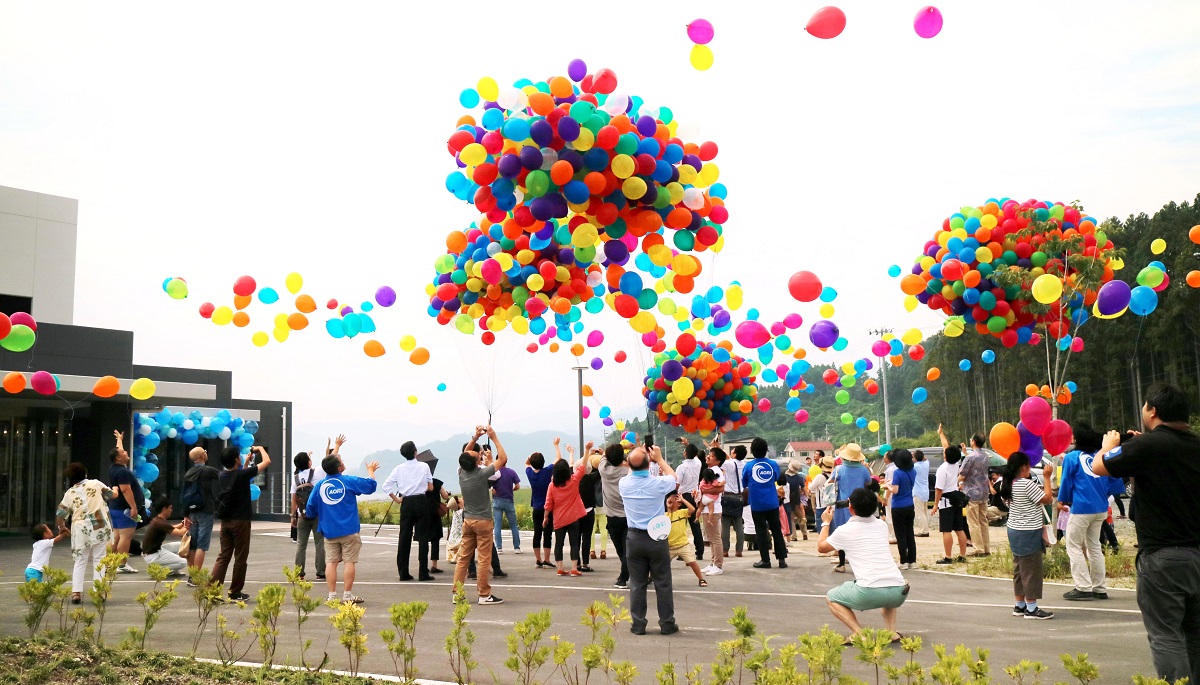 Balloons made of natural rubber and with water-soluble paper strings are released at an open house event at the newly built International Coastal Research Center in Otsuchi, Iwate Prefecture. Balloon art by Mika Suhara, a balloon artist who received her master’s degree from the University of Tokyo and is now also on the staff of the National Research Institute of Fisheries Science, was also on display.

In the town of Otsuchi in Iwate Prefecture, the International Coastal Research Center of the University of Tokyo’s Atmosphere and Ocean Research Institute – fondly referred to as the “UTokyo of Akahama” after the district where it is located – was severely damaged by the Great East Japan Earthquake and tsunami of March 2011. Since then, the three floors of the center, which were inundated, have been renovated and research boats have been swiftly rebuilt with the help of local people. The study of disruption to the coastal ecosystem caused by the earthquake and tsunami has yielded useful information to support the recovery of the local fisheries industry and help the town prepare for future disasters. The School for Marine Sciences and Local Hopes in the Sanriku Coastal Area project came about together with these recovery efforts.

Center Director Tomohiko Kawamura explained, “Besides just being a research center heralding ‘the world’s most cutting-edge research,’ when we were brainstorming what we could do for children in the region or town, I remembered the social sciences researchers working in the neighboring city of Kamaishi who were familiar with ways of contributing to the local community. So I approached them, and they promptly agreed to help. The name of the project was also decided there and then.”

The Sanriku coast, in northeastern Japan, characterized by long, narrow inlets called rias, has many bays and beaches, as well as a diverse ocean environment. Its fisheries industry is also diverse – Otsuchi Bay cultivates wakame seaweed, while Yamada Bay farms oysters. It’s a mishmash of unique histories and cultures. The aim of the project was to make clear the unique features of each bay and beach from both the natural sciences and social sciences perspectives, and share this with the local community.

Said Kawamura, “We moved to the newly built research center in March 2018 and launched a program to give lectures to students and parents at local elementary and secondary schools, tasked with educating the next generation. The idea is to groom future talent by getting students to know about their surrounding ocean and hope this will lead to the creation of a unique regional brand. It is my dream for this model of the School for Marine Sciences and Local Hopes to nurture a local identity that will spread from the Sanriku area to other regions across Japan.”