A perspective from space on the Earth’s future 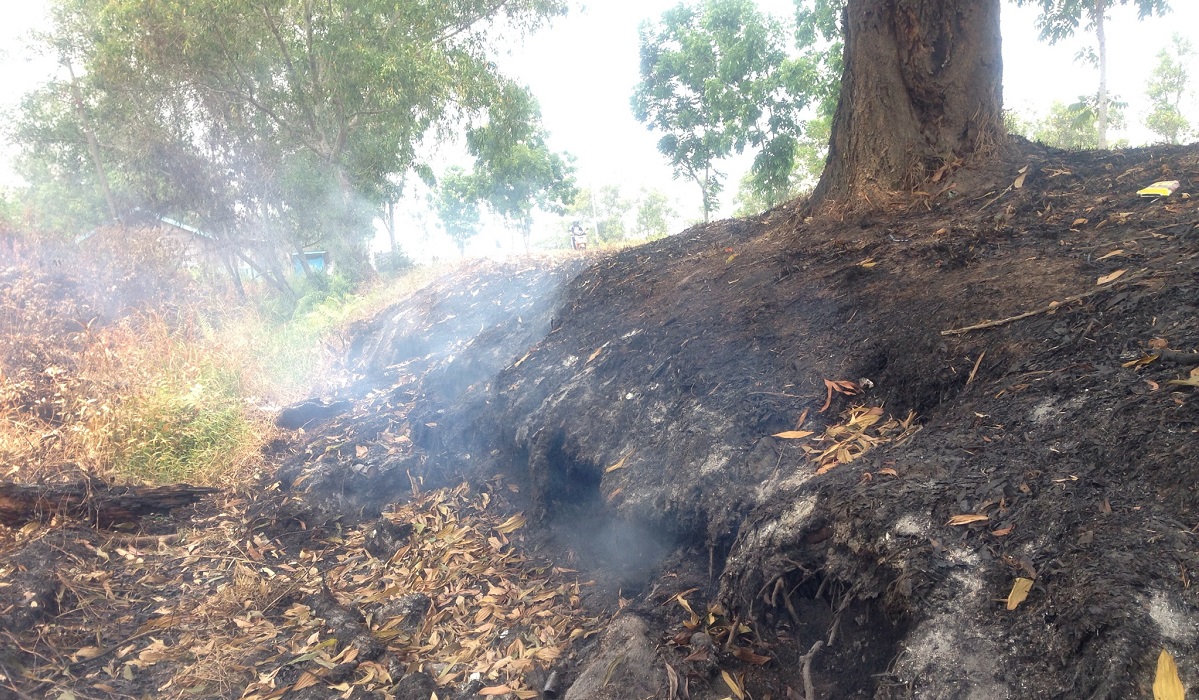 A local survey conducted in October 2013 in Palangkaraya, the capital of the Indonesian province of Central Kalimantan on the island of Borneo, found that peatland, not far from the city, had caught fire.

Remote sensing technology, which measures objects from a distance, has advanced along with aviation technology and the use of photography for mapping and surveying. The launch of artificial satellites in the latter half of the 20th century gave humanity a new perspective from space and impressive new discoveries. “For example, a satellite orbiting in outer space at 700 kilometers can detect an object 30 centimeters in size on the surface of the Earth. If we wave at the sky, we can be identified from outer space,” said Professor Wataru Takeuchi. That perspective is not limited to visible data. Near-infrared, thermal infrared and microwave data can be used to determine if certain clouds are likely to bear rain, measure the distribution of heat islands on the Earth’s surface and gauge how much infrastructure, such as roads or bridges built on sandy areas, has sunk.

The aim of the Takeuchi laboratory’s research project in Indonesia was measuring the emission of carbon dioxide (CO2) gas from tropical peatland. Peat comprises dead plant matter that has accumulated over a long period but not fully decomposed. We know that in areas where underground water levels are low, the carbon in the peat oxidizes and large quantities of CO2 are released. By analyzing the local survey findings and satellite data that showed falling water levels and temperature data across time, the team found that irrigation for agriculture had lowered water levels, and as a result, the CO2 released exceeded the carbon absorbed by plants in the process of photosynthesis.

“Such technology was historically used for military purposes, for example to locate warships at sea or to accurately launch missiles from the air. But now that we can obtain satellite data, the same technology can be applied to protecting the environment and science-driven policy. I think the future of remote sensing should be in these types of peaceful applications,” said Takeuchi.