Spreading the voice of youth to the world 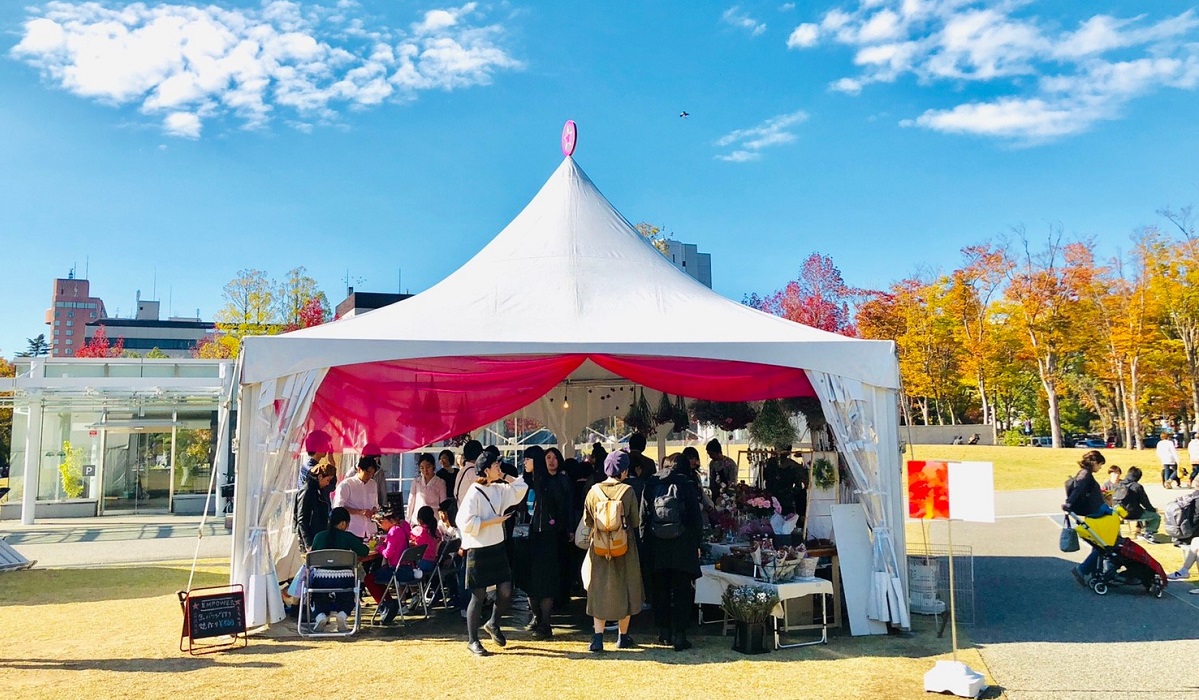 Students participate in the Fuyu no Sora (Winter Sky) event with counterparts from Kanazawa University.

There are often times when we find ourselves wanting to lend a helping hand to that elderly person struggling to walk, or to the pregnant woman or to the lost tourist, only to lack the courage to reach out. In Project Associate Professor Takashi Izutsu’s specialized seminar, “U.N. and Culture,” students offered a solution to resolve that dilemma — the Magenta Star, a badge to identify people who are willing to offer help when requested. This campaign is meant to make it easier to help out and make life more pleasant for everyone.

On Dec. 1, 2017, students presented this idea at a panel discussion held at the United Nations Headquarters in New York. The idea was highly praised by U.N. ambassadors and UNICEF and World Bank representatives.

While the aim of the seminar is to learn about the U.N. and its Sustainable Development Goals (SDGs) from Izutsu, who formerly worked at the international organization and was involved in developing the SDGs, students have been coming up with ideas like the Magenta Star that go beyond the realm of the university and delve into the real world.

The Voice of Youth JAPAN, run in collaboration with UNICEF’s Tokyo Office and the Japan Committee for UNICEF, is a platform for students to reach out to universities and to convey their ideas and opinions to the world. In the fall-term special lecture, “The U.N. and Inclusion,” students discussed mental health conditions, sexual and reproductive health and other priority themes added to the agenda, and made recommendations to the U.N.

“Young people facing various obstacles are said to become introverted, but the students have shown that as long as they have the desire and ability to take action, these hurdles can be easily overcome,” said Izutsu. “The goal of the 17 SDGs is to develop a society that ‘leaves no one behind’ by empowering the easily marginalized, such as the elderly and people with disabilities, and reaching out to areas that are often overlooked. In the world today where one-fourth of the people are youths, I strongly believe that their voice holds the power to help the U.N. and others to find solutions to new problems.”