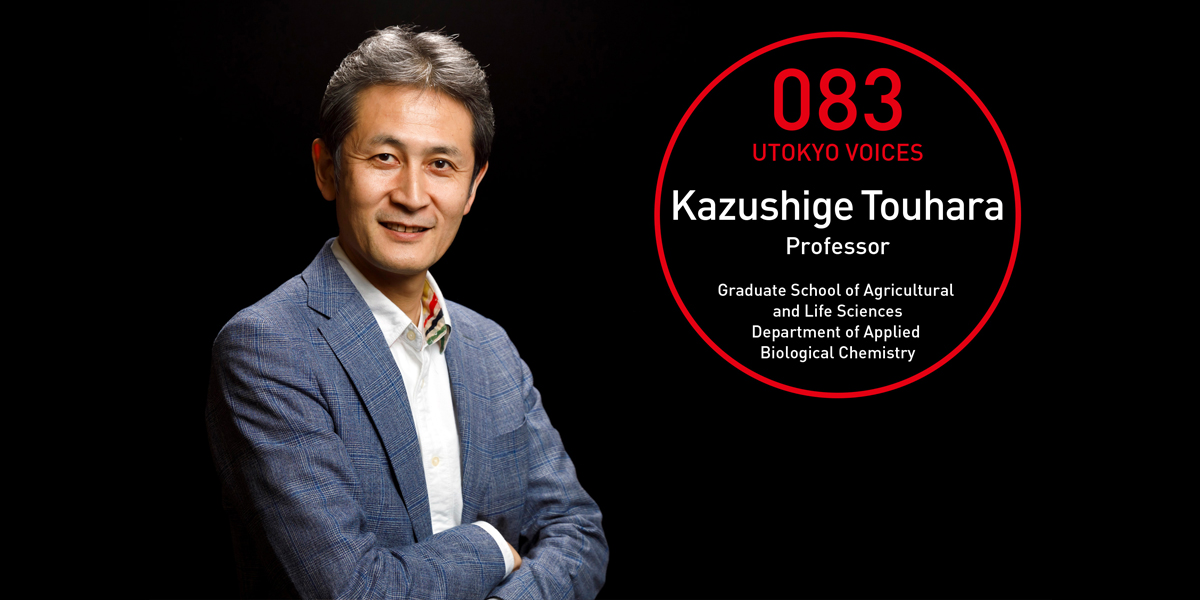 Why do babies smell so good? What causes their pleasant odor? How do we recognize and process it to trigger our emotions and behavior?

Of course, not all odors smell good, but be it the strong perfume some people find unpleasant, or a certain odor that arouses specific memories, there are myriad questions surrounding odors; however, most remain unanswered. Professor Kazushige Touhara has been tackling these questions on a surprisingly vast scale, gaining much attention not only from within academia, but also from society at large.

Touhara works at the molecular level in determining the identity of substances that cause odors. He investigates the structure of odor-detecting receptors in organisms, and seeks to understand how the brain processes the signals sent by such receptors, and what emotions and behaviors they are linked to. Not many scientists are able to conduct comprehensive research like Touhara, by starting with a substance and tracing its path to the behavior it triggers in the organism. What’s more, his research covers a wide range of organisms, from silkworms to humans.

This has all been made possible by the path Touhara took to bring him to where he is today. As an undergraduate in the Faculty of Agriculture, he joined an organic chemistry laboratory. After graduating, he studied in the United States, where he devoted himself to graduate research in biological chemistry and molecular biology. Upon returning to Japan, he became an assistant in a laboratory at the Graduate School of Medicine, where he acquired knowledge of neuroscientific approaches.

“I did not set out to gain experience in various fields as part of a strategy,” Touhara explains. “Rather, I ended up drifting from place to place as a result of losing the lottery for a spot in a lab, or not being able to find a post that allowed me to specialize in the study of odors; but that turned out to be a huge advantage for me. In particular, the things I learned in the organic chemistry lab that I joined when I lost out in the lottery for lab assignments would become my foundation as a researcher.”

The study of the sense of smell has a very short history compared to that of the sense of sight, which has built up a great deal of research over the years. With little prior research from which to start, Touhara’s group has chalked up numerous notable achievements in the field; but, if asked to choose one, the study of pheromones in mouse tears stands out.

“We discovered a sex pheromone-like substance on the cages where we kept male mice. When we tried to find out where the substance was secreted from, we drew a complete blank,” Touhara recalls. “Then, after exhaustive investigation, we finally found that it had come from the tear glands. No one expected that there would be pheromones in tears, so it really came as a surprise.”

Five years later, Touhara determined that this pheromone triggers sexual behavior in females; essentially, it is a sex pheromone that improves the mating success rate for males. These discoveries were published in the scientific journal Nature in 2005 and 2010, and well-received.

However, Touhara gives off an air of nonchalance as to how others perceive his work.

“It’s nature that’s truly impressive,” he says. “All that we humans are doing is taking the magnificent systems, the beautiful logic that nature has created and describing them in research papers. The way I see it, the person who’s doing the describing is not the one who’s remarkable.”

Touhara’s group is currently investigating the lovely odor of babies, alluded to at the beginning of this article. The researchers believe that here too must lie an underlying natural principle that they least expect. Filled with high hopes of encountering yet more beautiful laws, Touhara works tirelessly to blaze a trail in the study of odors. 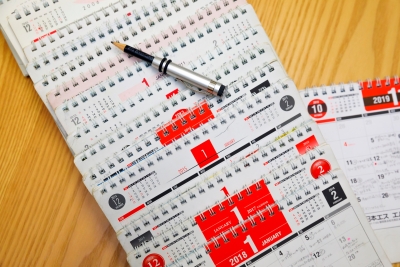 Pencil and calendar used in lieu of a diary
For many years now, Touhara has used a desktop calendar to manage his schedule, using his favorite pencil to write in his plans. He does not carry a pocket diary. “I want to be able to see my whole schedule for several weeks at a glance,” he says. “A monthly calendar is best for that.” 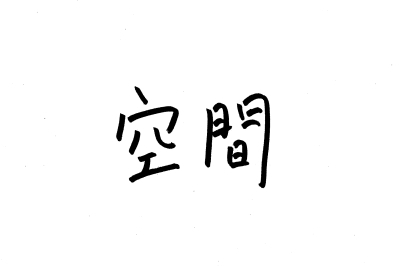 [Text: Kukan (“Space”)]
“I was fascinated by architecture when I entered university. It wasn’t so much the buildings themselves that interested me, but the effect space has on people. In fact, odors are also one element that shape space and affect people,” Touhara says. 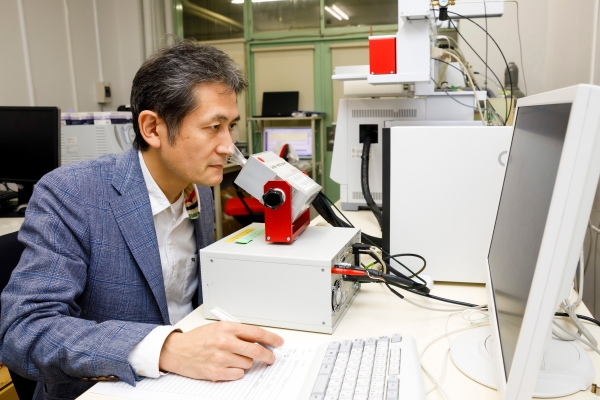