The University of Tokyo has launched a new program in which students play the central role. The aim is to foster talented individuals who can boldly take on the challenge of solving social issues in partnership with local governments. A total of 10 prefectures have agreed to support this program, from Aomori in the north to Kagoshima in the south. Forty-five students participated in this program in 2017 with the help of many faculty and staff members. The following introduces parts of the program. 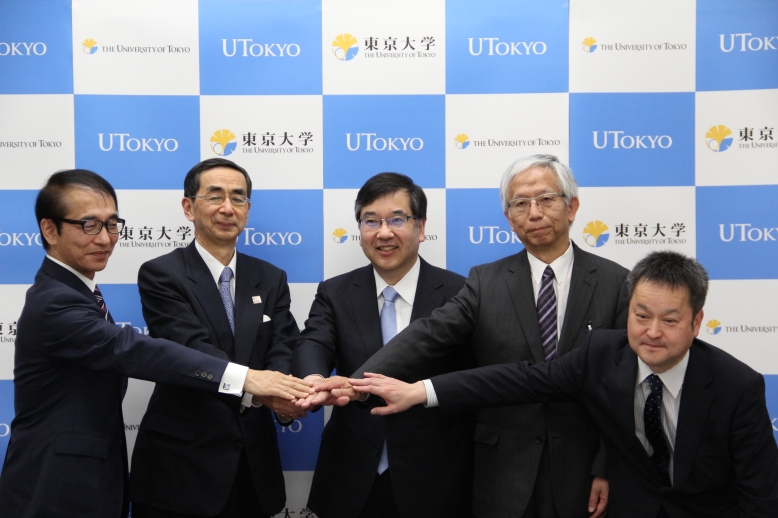 Joining hands at the press conference held in April (from left):
Mr. Okazaki, who heads the Tokyo headquarters of Tottori Prefecture; Governor Nishikawa of Fukui Prefecture;
and from UTokyo, President Gonokami, Executive Vice President Ishii, and Professor Genda of the Institute of Social Science 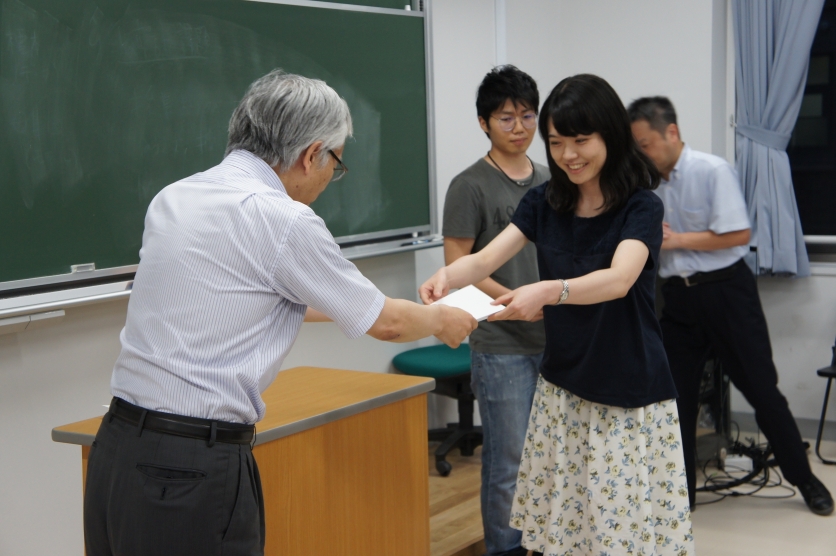 On the day of the workshop, Executive Vice President Ishii shared a message with the students setting off to Miyazaki slightly ahead of others.

The one-year program took place in academic year 2017, kicking off with the introduction of issues faced by the municipalities involved in the program. Participating students attended six workshops to conduct an initial survey in cooperation with faculty in charge as well as with colleagues. They then visited the regions in which they would conduct activities. Staying in the regions, they made efforts on-site to experience and understand the local situations. They then returned to the University to think about countermeasures and seek expertise from academics to piece together possible solutions to the regional issues. Through this cycle that starts with the initial survey followed by on-site activities and ends with a follow-up survey, the students made proposals on how to solve the issues. 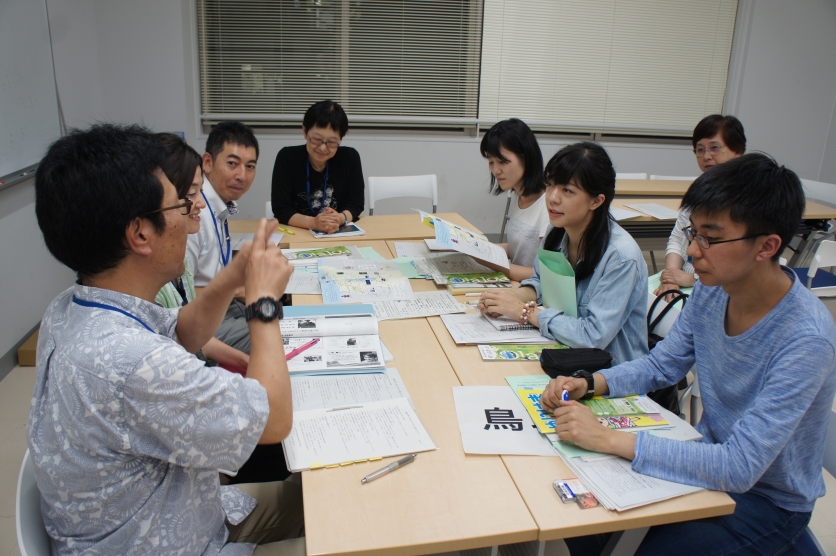 Tottori team table. Yuririn, the mascot of Yurihama Town, was a topic of discussion.

The fifth workshop was held at the Hongo Campus on July 13, 2017. The students got into groups of three to six, working on each prefecture to discuss the issues. Sitting at the Kochi team’s table working on his laptop was Mr. Hayato Miura (Humanities and Social Sciences I (law)). He had decided to participate in the program after learning about it in a seminar on community design, and said he chose Kochi as he wanted to be as far away from home as possible in a completely unfamiliar environment. Opposite him was Ms. Kaori Takayanagi (Faculty of Engineering), who was making an itinerary for her stay in Kochi. She decided to join as she wanted to gain some experience working in different places as an outsider in an effort to take a step towards her ultimate goal – global eradication of poverty.

Through this program centered on the theme of "honso" (making efforts), the students formed a bridge between the University of Tokyo's academic expertise and the regional areas.