Back from U.S., soccer player finds right chemistry at UTokyo | Discover Our People

Currently a first-year Ph.D. student in the Department of Chemistry at the Graduate School of Science, Yuta Nakagawa hopes to use a fast cell sorting technique he has developed with his colleagues for biological research in areas such as cancer. He recently won the grand prize in the Three Minute Thesis (3MT) research communication competition hosted by the University of Tokyo, with his presentation about his research on the rapid sorting technique. He will be participating in the 2020 Asia-Pacific 3MT Competition, to be held virtually by the University of Queensland in Australia in October.

Internship at the University of Tokyo

Yuta Nakagawa’s first encounter with the University of Tokyo came in 2016, while he was visiting Japan during his summer vacation.

Back then, Nakagawa, who moved to the United States at age 14 because of his father’s job, was a student at Skidmore College in the state of New York, majoring in chemistry. He was considering continuing his studies in graduate school, but was still unsure about which field he wanted to pursue.

That was when his father casually mentioned about an internship at UTokyo Professor Keisuke Goda’s laboratory at the Graduate School of Science, after hearing about the opportunity from a friend who knew the professor. As Nakagawa did not yet have any plans set for his stay in Japan, he applied and was accepted to work as an intern in the lab during the summer.

“I liked chemistry, but didn’t know what exactly I wanted to focus on (in graduate school). So, I was trying the internship to see whether it’s something I would like to do,” Nakagawa said. “And it turned out to be very interesting.”

During the monthlong internship with the lab’s microfluidics team, Nakagawa experimented making droplets using various materials such as hydrogel and water. Recalling how all the staff and students in the lab were friendly to him, Nakagawa said the environment was very comfortable to work in.

“Not only the research theme, but the people were great. ... I thought it would be fun to study there,” he said.

After his graduation from Skidmore, Nakagawa returned to live in Japan for the first time in more than eight years. “If I didn’t come back then, I thought I would grow older without really knowing about my own country,” he explained. Back in Japan, he applied for the Graduate School of Science and knocked on the door of the Goda Lab.

Developing a technique to observe cells

Throughout his two years in the master’s degree program at the Department of Chemistry, Nakagawa focused on developing methods to analyze cells, using artificially generated small droplets.

Nakagawa explained that the lab’s researchers encapsulated individual cells with droplets – the diameters of which are around 100 micrometers, or about the average thickness of a human hair. “One of the biggest advantages of using the droplets is it enables us to isolate individual cells and observe their activities thoroughly,” he said. 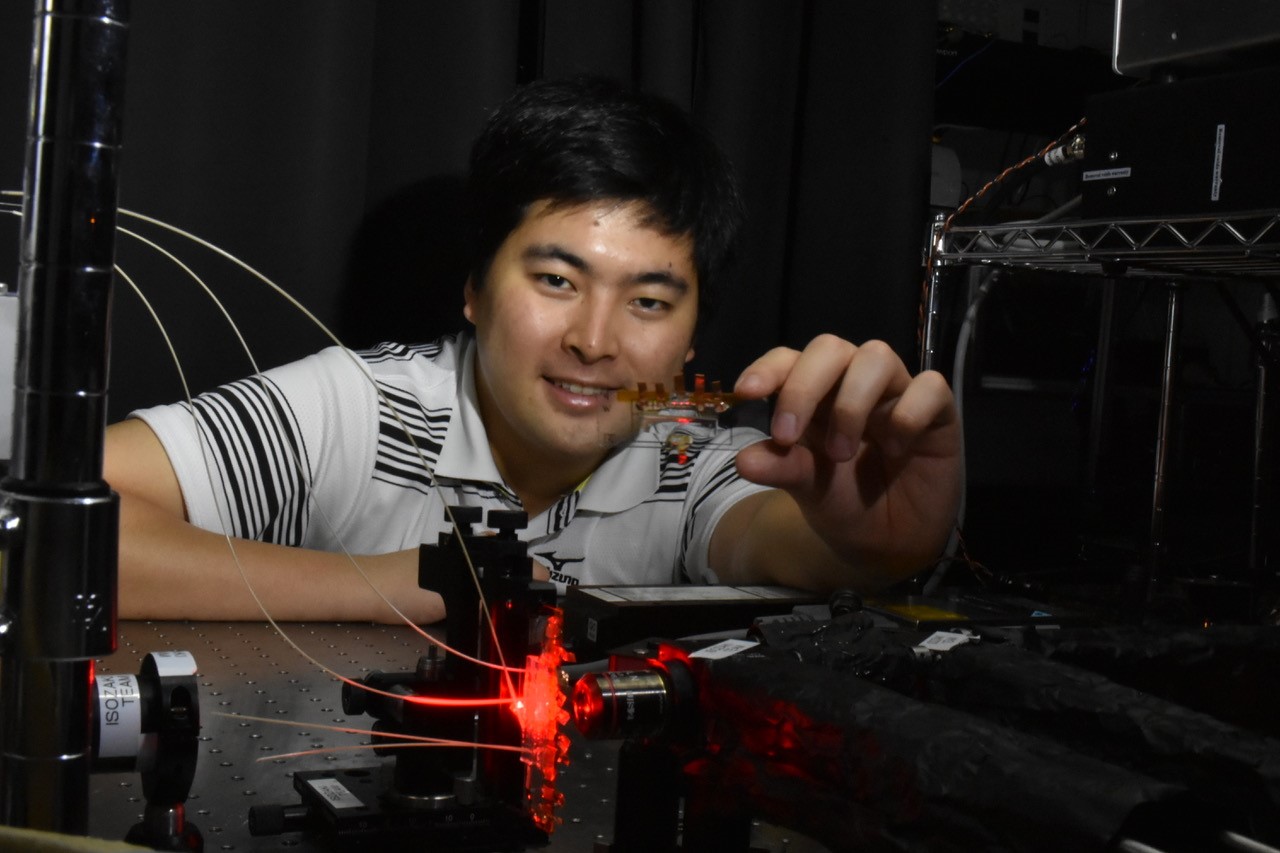 Yuta Nakagawa shows a microfluidic chip that is used for sorting out cells. Photo: Akihiro Isozaki

Using the method, the researchers have developed a technique to rapidly distinguish and sort out cells based on their growth rate. The speed of cell proliferation is an important indicator for evaluating each cell, Nakagawa noted. Slow-growing bacteria, for example, are known to be more resistant to antibiotics.

Nakagawa explained that he was drawn to the research because he thought the method was highly creative.

“I never imagined using droplets before. ... It was also really appealing for me to create a novel technique to discover a new thing, rather than relying on existing techniques,” he explained.

As he started the doctoral degree program in April 2020, Nakagawa plans to apply the technique for biological research. One of the research themes he is currently considering is cancer.

“Cancer is the leading cause of death in Japan. And given the country’s rapidly graying population, the number of patients is only expected to grow,” Nakagawa said. Many scientists have conducted research on the disease, but there are still lots of things that remain unknown, he said.

Among many such unknowns, Nakagawa has set his eyes on slow-growing cancer cells, which are said to be a potential cause of cancer relapse. Nakagawa aims to identify and sort such cancer cells and study their biological mechanism – an area not yet explored by other researchers in his lab.

“I hope to find something interesting about cancer, especially on drug resistance,” Nakagawa said. “It would be great if our research can contribute (to cancer research).” 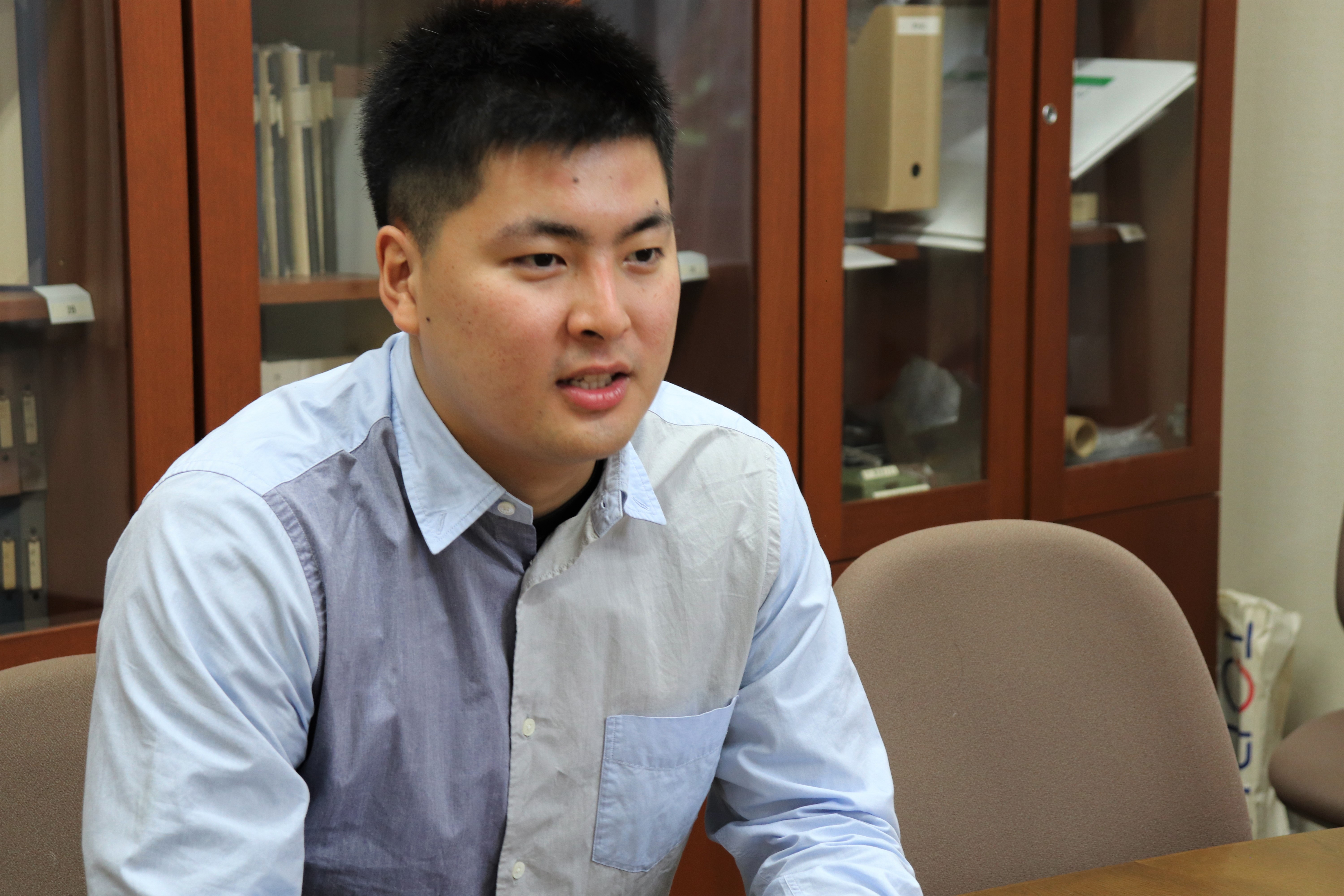 Graduate studies can be demanding, with some students spending long, grueling hours in their laboratories. But Nakagawa tries to maintain balance between his studies and personal life.

“I usually go to the lab at around 10 a.m. and leave there at around 6 p.m. or 7 p.m.,” Nakagawa said. “Then I sometimes go straight to the gym or watch a soccer match live on TV after eating dinner, and just relax.”

Having played soccer in high school and in college, he still enjoys playing the sport on the Gotenshita Memorial Arena sports ground on the Hongo Campus. Nakagawa plays soccer with lab members as well to compete in the chemistry department’s annual soccer tournament where more than 10 laboratories compete. As Professor Goda is also an avid soccer fan, Nakagawa said they dedicate themselves to the games. Last year, the Goda Lab made it to the finals, but unfortunately the team lost in the final match.

“Graduate students are often tied up with something and they have very little down time. If you are not careful, you could end up going and going without a break,” he said. “I believe I can concentrate more and work effectively by taking a rest. So, I’m consciously doing that.”

So, where is Nakagawa heading?

“My short-term goal is to successfully earn the doctoral degree. ... I hope to continue working as a researcher to develop techniques and use them to find something interesting and useful for society,” he said. “I also want to work internationally. There are so many great research institutions all over the world and it would be great if I can collaborate with or work in such places.” 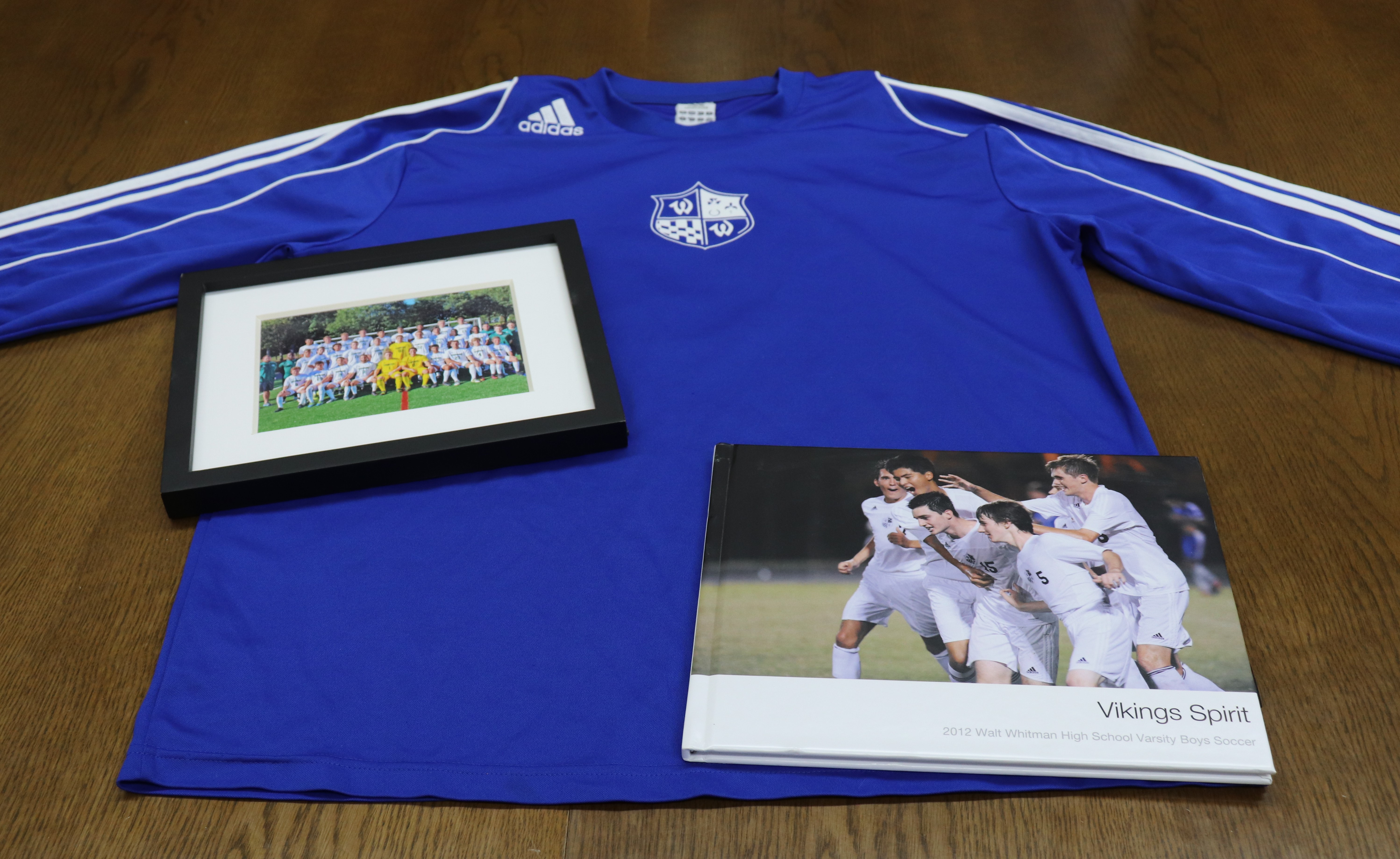 Soccer had been a huge part of Nakagawa’s life until he graduated from college. “When I moved to the U.S. at age 14, I was not fluent in English. But I was able to make many friends through playing soccer. I really think I was able to stay in the country for such a long time because of soccer,” he said. He has kept the high school varsity soccer team’s uniform he wore when he was a captain, together with a soccer photo album of his senior year season. Nakagawa continued to play soccer in college and a group photo with his teammates is also something he has treasured. “They are still my close friends. I was lucky to have such great teammates.” 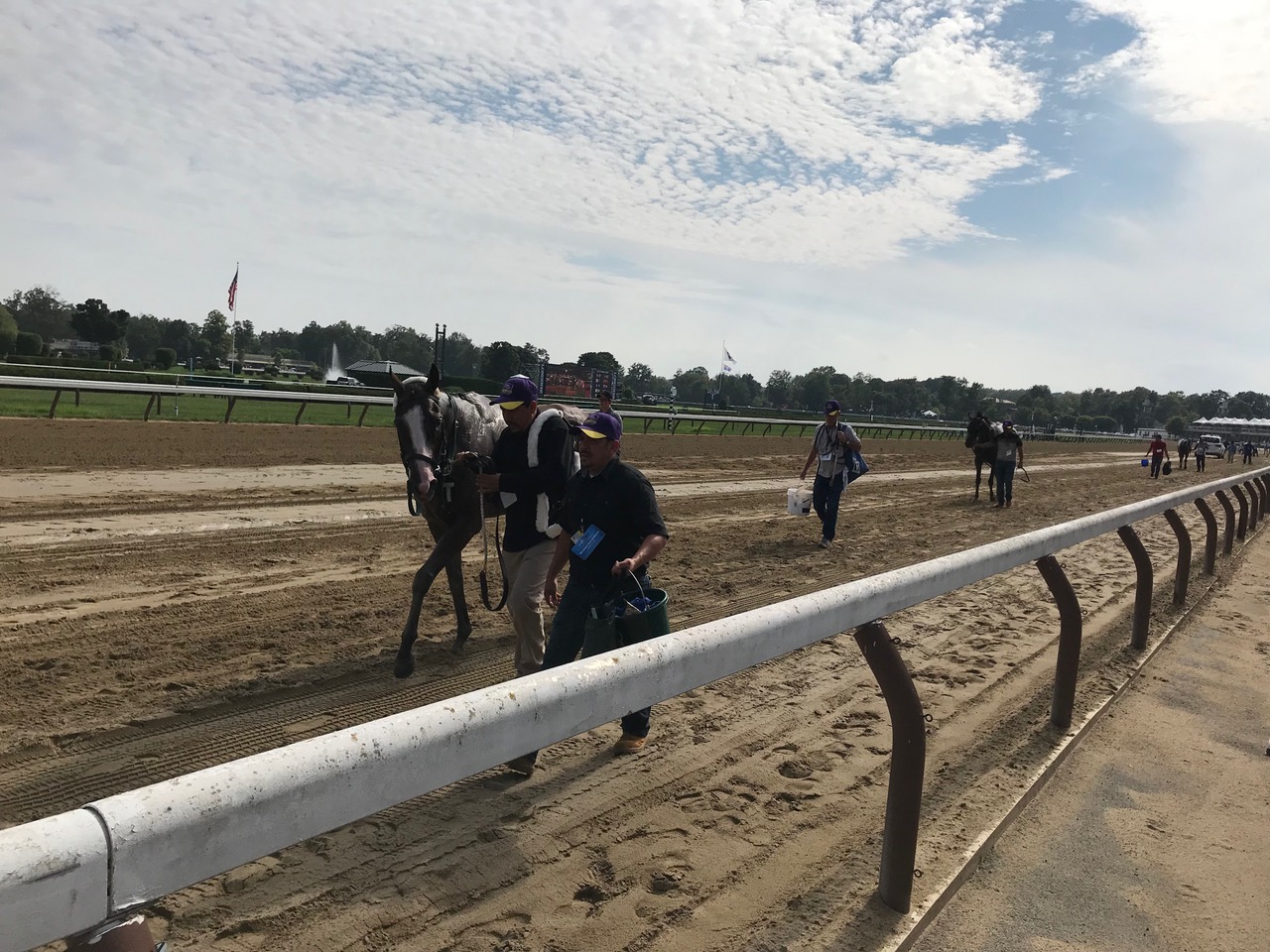 Located about a 3 hours' drive east of New York City, Saratoga Springs is where Nakagawa lived when he was a student at Skidmore College in that town. “It was an idyllic countryside and was a great place to spend my college years,” Nakagawa said. It is a popular resort destination during summer with many restaurants and bars to hang out with friends after classes. During the winter, the city is usually covered with snow and Nakagawa loved it. One of the most famous places in the city is the Saratoga Race Course, a horse racetrack opened in 1863. He sometimes visited there with his teammates after practicing soccer. “We watched the race with food and drinks. I once bet 2 dollars and won 10 dollars.”