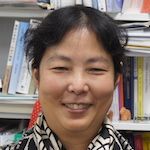 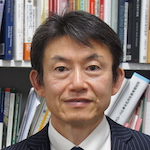 Launched in July 2017, Olympic Friendships: Elementary Education for Global Competency in Japan and United States was a two-year project conducted through a partnership established by the Program for Teaching East Asia (TEA) at the University of Colorado with the Center for Advanced School Education and Evidence-Based Research (CASEER) in the Graduate School of Education at the University of Tokyo. Its purpose was to harness opportunities provided by the Tokyo 2020 Olympics to foster heightened cultural exchange between elementary and middle schools in Japan and the US. A total of 24 teachers from the US came to Japan and engaged in activities that included teaching school classes, observing extracurricular activities, and staying in schoolchildren’s homes.

“An opportunity for this undertaking arose because the TEA representative and I were old friends. It also helped immensely that one of the young Japanese teachers involved in the exchange program with TEA 20 years earlier had since become the principal of an elementary school in Tokyo,” Professor Ryoko Tsuneyoshi, who was CASEER’s director at the time, explains.

As a former vice principal for UTokyo’s Secondary Education School himself, Project Associate Professor Yutaka Ochi assumed the initiative and handled arrangements with the participating schools. The basic structure for the classes held by the American teachers at five elementary schools involved explaining in English various features of the areas where they lived in the US, including local geography, climate, industry and demographic composition.

“For example, the teacher from Boulder, Colorado, fashioned a papercraft piece in the shape of the head of a moose, one of the animals that inhabits that area. The children traced outlines of their hands on paper, cut them out, used them as the moose’s ‘antlers’ and compared them with each other, thus learning about diversity and the features of the teacher’s home district.” (Ochi)

Despite the language barrier, the American teachers also followed this natural approach to familiarize themselves with the culture of another country. They appeared to have developed a firsthand realization of the existence of red and white reversible caps and magnetic pencil boxes, the classroom cleaning and lunch serving performed by schoolchildren, and a variety of other features that differ from school settings in the US.

“Foreign language education is not the only tool that facilitates an understanding of multiple cultures. In my view, the experience of interacting in real life with people who have been brought up in different cultures is the most important factor.” (Tsuneyoshi)

Efforts in exchange have been sustained even after the teachers returned home. Participating teachers and elementary and middle school students in both Japan and the US continue to learn from one another by sharing photos and videos. We look forward not only to the opportunities that the upcoming Olympic Games will bring, but also to the opportunities for renewed exchange 20 years from now.