Along with the department of internal medicine and the surgical department, UTokyo’s animal hospital has a department of veterinary behavior. There, pet owners talk about the problematic behavior of their pets and in turn imagine what the voiceless animals are trying to say in order to search for a solution. Specialists in animal behavior, a field known as ethology, are on a quest to find a magical ring that allows them to talk to animals. 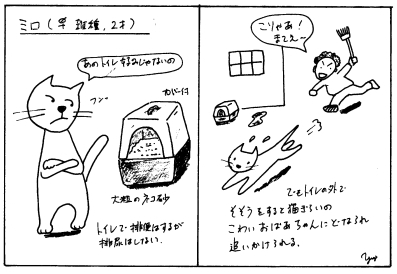 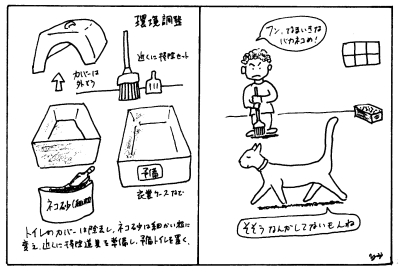 Professor Takeuchi leads the Laboratory of Veterinary Ethology at the Graduate School of Agricultural and Life Sciences. She also works at the department of veterinary behavior of the Veterinary Medical Center, where she is involved in treating pets that act problematically. “Department of veterinary behavior” may be an unfamiliar term to many people — what kinds of problematic behaviors do cats demonstrate, for instance?

“Aside from aggressive behavior like biting and scratching, problems with excretion are common. Usually cats excrete waste in the litter box if one is available, but there are many cats that do not. Switching to a type of litter they don’t like, cats being scared of stray cats they see passing by outside, owning multiple cats that don’t like using the same litter box … there are many reasons. We look for specific reasons by going through a nine-page questionnaire that the owners fill out, and seeing the owners in person for two hours at a time to propose a solution.”

Now that the relationship between people and animals has become more important with the rise in keeping pets indoors, consulting with a department of behavioral medicine is the main recourse for owners troubled by their pets’ behavior. Having said that, few departments focusing on animal behavior exist in Japan, and there are only two at university veterinary hospitals, including UTokyo. Japanese cat owners go to veterinarians less frequently in the first place compared to those in the West, and have the tendency to ride out whatever the matter is themselves if it seems endurable. “In the past, however, there was a case where I heard a cat owner’s story and I advised them to move the location of the litter box. They were delighted as this immediately resolved the problem they had been having, and it really made me feel the importance of consultation. There are things an outsider can see that are otherwise overlooked by owners who are constantly with their pets, as these things are daily occurrences to them.”

The experience of being bitten by a Maltese dog back in elementary school led Takeuchi to decide to become a veterinarian who understands animals’ feelings. She went to study abroad in the US to learn about trends in animal behavior during her associate professor days at the Laboratory of Veterinary Ethology. When she returned to Japan in 2000, she established the Japanese Veterinary Society of Animal Behavior together with Professor Yuji Mori of the same laboratory, and has since worked to spread the knowledge of veterinary behavior. These efforts have been fruitful as ethology has become compulsory in the curriculum of veterinary education, and in 2013 a system for certifying veterinarians in the field was set up at the Society. However, although she succeeded Mori as president of the Society, Takeuchi says that she does not necessarily want more people in positions like hers.

“Instead of increasing the number of ethology experts who work in specialist places like a university veterinary hospital, I would like more regular veterinarians to understand animal behavior. I believe that more pet owners will be able to get closer to their pets that way.”

In the world of ethology, there is a legend about a ring that enables the wearer to talk to animals. The logo of Takeuchi’s lab therefore features King Solomon wearing the ring and animals around him. This logo was designed by Mori, who passed away in 2014. His spirit lives on in the laboratory, which is a figurative ship that continues its voyage in search for the ring. 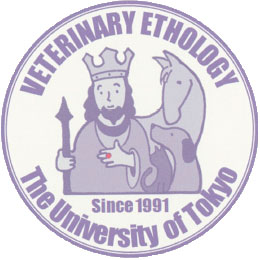 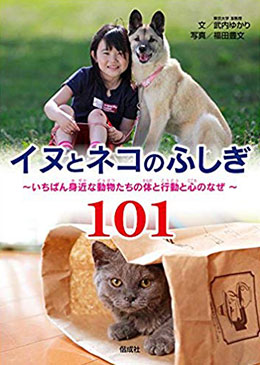 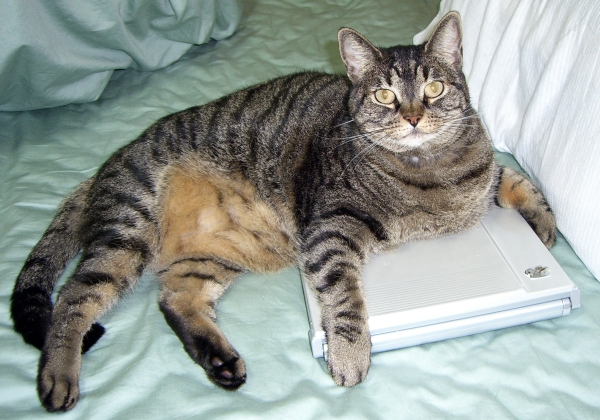 This is Yucchi, who Takeuchi got from an animal shelter when she was studying abroad. Yucchi grew to an impressive 7kg, and Takeuchi says that the cat used to interrupt her when she wanted to work on her computer.