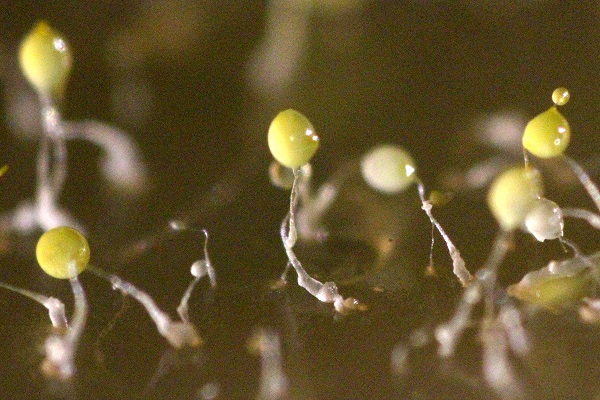 Researchers in Japan think they have found an answer to the fundamental biological question of how individual cells know which way to position themselves within a complex, multicellular body. Depending on a cell's purpose in the larger structure, contact or diffuse chemical signals direct it to its final destination.

The journey from egg and sperm to a fully grown body requires more than just multiplication. Plants, animals, and people are all made of trillions of cells, carefully organized into larger structures like tissues and organs. Somehow, each cell knows where it belongs – the left side of the heart, the inner lining of the colon, and so on – and generally stays put.

"It's close to impossible to dissect what's happening while cells position themselves in multicellular organisms because there are so many players: different cell types, different molecules inside cells, different chemical signals outside the cells, cell growth, programmed cell death," said Professor Satoshi Sawai from the University of Tokyo, an expert in biological physics, a field that uses the principles of physics to understand living systems.

Slime molds provide a simpler system to understand cell positioning. Slime molds are amoebas, but are similar in size and shape to human white blood cells and share the fundamental aspects of cell dynamics, such as migration and engulfment of disease-causing pathogens.

Individual cells of the slime mold Dictyostelium discoideum can exist independently, living freely in the soil and eating bacteria and fungi. When food is scarce, independent slime mold cells clump together and function as a multicellular organism.

Inside the clump, before the fruiting body takes shape, cells attach to form long trains and swirl around, immersed in a chemical signal that they secrete. First identified in the 1970s, this diffusive chemical, called cAMP, attracts cells.

Traditionally, the degree of attraction to cAMP signals was thought to separate the cells into pre-stalk and pre-spore cells. More recent genetic experiments revealed, however, that molecules related to adhesion, or cell-to-cell touch, may also be important.

"What's great about slime mold is that you can take individual cells out of the larger structure and they still do their thing by behaving naturally in a relatively simple setup that mimics the multicellular environment," said Sawai.

In their new experiments, the researchers took cells out of a multicellular clump and tracked how the individual cells migrate in response to artificial touch and cAMP signals.

When cell trains formed, the leader cell moved in the direction of cAMP. The follower cells were not pulled along, but rather actively pushed leader cells forward.

"Cell-cell contact activates processes for cell movement. The follower cells are the engine and the leader cells are the steering wheel, always pointing in the direction of the chemical signal," said Sawai.

Researchers also placed individual pre-stalk or pre-spore cells with beads coated with an adhesion molecule that appears to function in the tail end of cells. All cells attached to follow the bead as in a cell train. Researchers then added cAMP to the experiment. Pre-stalk cells released the bead and moved towards the cAMP source. Pre-spore cells, however, ignored cAMP and held fast to the bead.

Sawai’s research team demonstrated that head-to-tail touch between cells directs their migration, but cAMP somehow overrides this contact only in pre-stalk cells.

"Many people think you have to go to Mars to look for the fundamental rules of what makes life. But we can look at all the still-unexplored branches of the tree of life here on Earth. Slime mold gives us hints at what to look for to understand the mechanistic logics underlying more complex species," said Sawai.

This discovery of the importance of cell-cell contact to activate cell movement and organization will open new possibilities to study cell-pattern formation in events such as embryo development or spread of breast cancer.

The results are published in the Proceedings of the National Academy of Sciences of the United States of America.