Groundbreaking ceremony for Hyper-Kamiokande held in Hida, Japan Due to start operation in 2027

Tweet
The groundbreaking ceremony for the Hyper-Kamiokande, a new world-leading international scientific research project which is set to start experiments in 2027, was held at its construction site in Hida City, Gifu Prefecture, Japan on May 28, 2021. As nine areas including Tokyo and Osaka were under the COVID-19 state of emergency, about half of the 50 participants attended online. 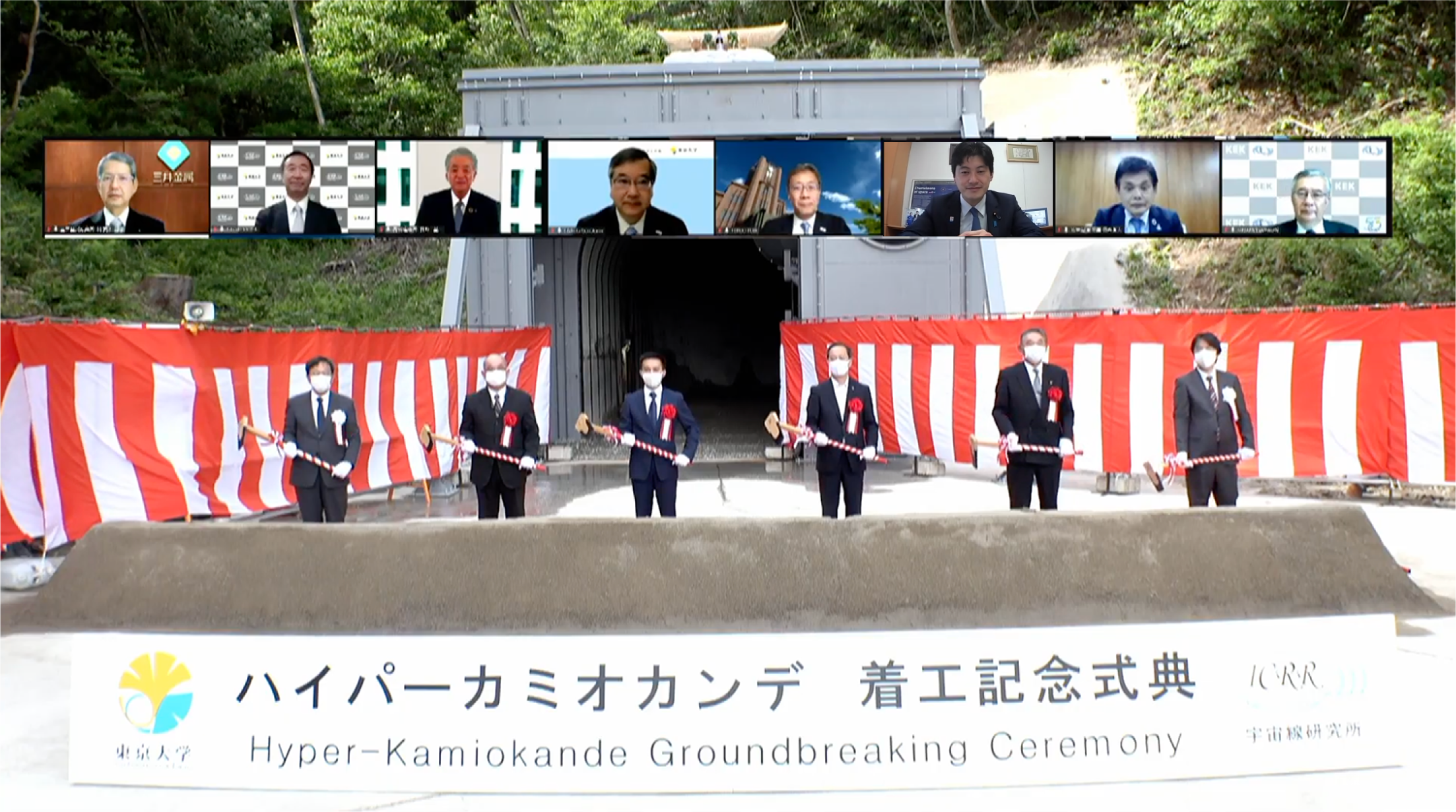 The Hyper-Kamiokande detector is planned to have a fiducial mass eight times larger than its predecessor detector, Super-Kamiokande, and it is equipped with newly-developed high-sensitivity photosensors. The aim of the project is to elucidate the Grand Unified Theory and the history of the evolution of the universe through an investigation of proton decay and CP violation (the asymmetry between neutrinos and antineutrinos), together with the observation of neutrinos from supernova explosions. The budget of the construction was approved for the first time in the Japanese Diet in February 2020, which marked the official start of the project. The project has been working so far on a geological survey of the site for the cavern excavation and on crafting the newly-developed photosensors.

The ceremony was held at the site near the access tunnel which commenced construction on May 6. After comments from the person in charge of construction, UTokyo President Teruo Fujii, and congratulatory speeches from guests including Hidehiro Mitani, the parliamentary secretary from the Ministry of Education, Culture, Sports, Science and Technology, Professor Masato Shiozawa of the Institute for Cosmic Ray Research delivered a summary of the project. And as all members watched nearby and online, the kuwaire no gi (a groundbreaking ritual) was carried out by six members who attended onsite.

We would like to work step by step with domestic and international colleagues on building the access tunnel, excavating the cavern, constructing the huge tank (water container) for the detector and installing photosensors, so that Hyper-Kamiokande can start experiments in 2027.