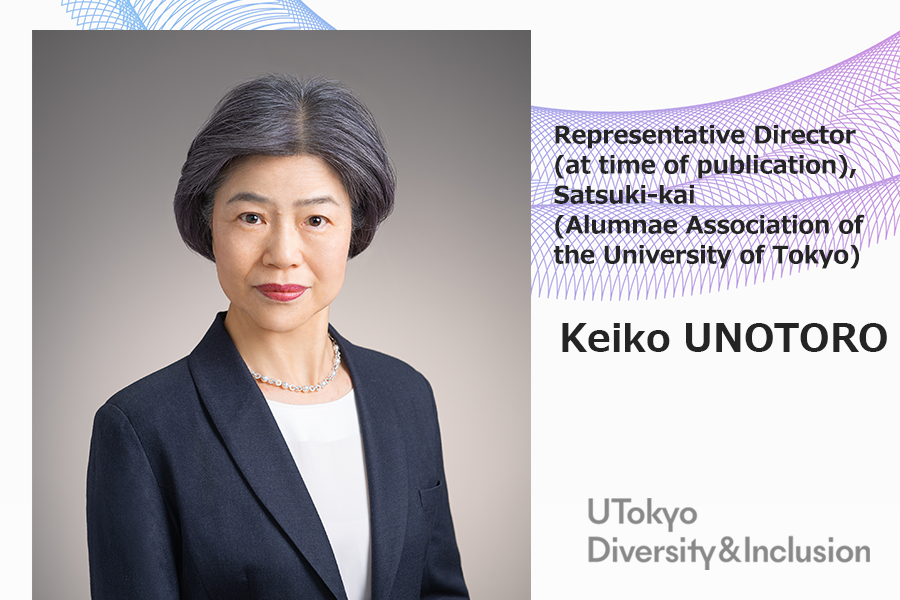 It has been more than 70 years since the University of Tokyo opened its doors to female students. However, when women were allowed to do the things previously only available to men, they unconsciously expected that women would conform to the logic and values of the male-dominated society. What we need today is a shift to a completely new way of thinking, acknowledging that the attributes of women will enhance the value of an organization.

Among those admitted to the University of Tokyo’s undergraduate programs, the proportion of women has been stagnant at around 20% for the past two decades. With the aim of changing this situation, Satsuki-kai operates grant-based scholarship programs for female students living away from home, as well as experiencing financial hardship.

The University of Tokyo has now adopted a D&I Statement to push for greater awareness on campus. Instead of alleging the mere presence of women, I hope this initiative proactively mobilizes women’s ability to think out of the box, capacity for networking, flexibility and other capabilities to strengthen the University of Tokyo’s education, research and management.

Many members of Satsuki-kai have carved out a place for themselves to thrive, by wearing an armor for a male-dominated society. It is my hope that the University of Tokyo will become a place where all female members can shine as their true selves, without the need for such armor.