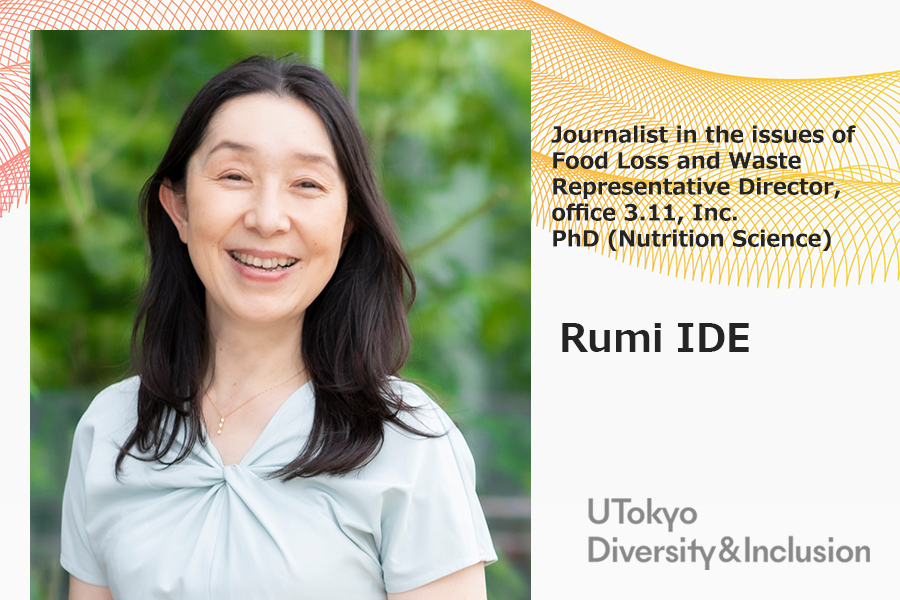 When I was growing up, I lived in many different places across Japan — from Hokkaido in the north to Kyushu in the south — so I was always an outsider. When I was with the Japan Overseas Cooperation Volunteers of the Japan International Cooperation Agency (JICA), I did my best to look at things in the same way as the people of the country to which I was dispatched. After returning to Japan, I got a job at a company with business operations in 180 countries and worked alongside people from many different parts of the world. I decided to set out on my own after witnessing the wastage of food in the aftermath of the Great East Japan Earthquake disaster, which struck on the same day as my birthday. I worked with parliamentarians to lobby for food loss to be reduced, and our efforts eventually led to the enactment of the Act on Promotion of Food Loss and Waste Reduction. A book I wrote by covering this issue, Sutenai Panya no Chosen [The Challenge of the Bakery that Throws Nothing Out], was selected as one of the recommended titles for the 68th Youth Reading Impressions National Contest. Things like laws and books have the power to change society, but they can’t be written by any individual alone. We can only change society for the better by collaborating with a variety of people, each with their own strengths. That’s what I find rewarding. My ideal is the “collective impact” approach, in which diverse organizations develop a shared awareness that leads them to solve problems in society. As a graduate of the Graduate School of Agricultural and Life Sciences and member of its Public Relations Office, I am delighted that the University of Tokyo has adopted a Statement on Diversity & Inclusion to which I offer my support.