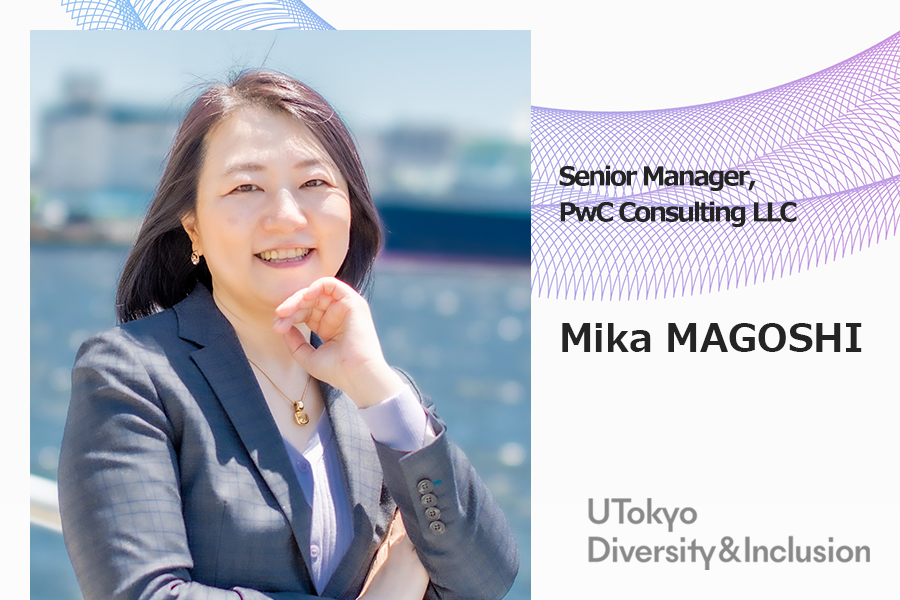 The University of Tokyo has adopted a Statement on Diversity & Inclusion based on the belief that diversity is essential to create knowledge innovation.

Exactly 30 years have elapsed since I graduated from the Department of Sociology in UTokyo’s Faculty of Letters, but for a long time I was unable to build the kind of career I had hoped for. One of the main reasons for this was that Japanese society didn't allow for the kind of flexibility and diversity of work styles needed in order to work while raising children.

Diversity is not an issue affecting women alone, but in Japan the corporate world had been heavily male oriented, often placing working women at a disadvantage. However, I feel we’re at a turning point right now. I, too, in my 50s, have at long last broken free of the mommy track and taken on new career challenges. Perhaps this, too, represents a diversity of work styles, unbound by age.

Going forward, it will become increasingly important to appreciate diversity in less perceptible realms such as thinking, aspirations and other invisible attributes, in addition to more visible areas like gender, age and nationality. It gives me great pleasure to know that UTokyo, my alma mater, has committed to becoming a role model for D&I. I offer my heartfelt support for this initiative.