Promoting diversity in the academic community

To promote diversity, by, for example, increasing the number of female researchers employed at the Institute for Cosmic Ray Research (ICRR), when we call for candidates for academic positions, we include a message stating that female applicants are encouraged, and we advertise in both Japanese and English. This is in accordance with “The University of Tokyo’s Declaration on Gender Equality.” The University of Tokyo Excellent Young Researchers Program also encourages female applicants, especially from those participating in large projects, and through this program, we were able to hire a female foreign researcher as an assistant professor in FY2021. On March 24-25, 2022, the international symposium entitled “Synergies at New Frontiers at Gamma-rays, Neutrinos and Gravitational Waves” was held, featuring the UTokyo D&I Campaign logo as its symbol. (https://indico.icrr.u-tokyo.ac.jp/event/694/overview). It should be noted that all the organizers of the symposium were female foreign researchers. In addition, we have two international University Research Administrators (URAs), one in Kashiwa and the other in Kamioka, to support foreign researchers.

Also, in collaboration with the Kavli Institute for the Physics and Mathematics of the Universe and the Institute of Solid State Physics, we have been organizing the event for female students called, “We love physics! -Career development of female students of physics-,” since FY2016, and have been working to diversify our human resources by involving female researchers and graduate students who are active in the field of elementary particles and astrophysics. For ICRR female students, consideration is given to allow them to select a female researcher as a mentor in the Institute. 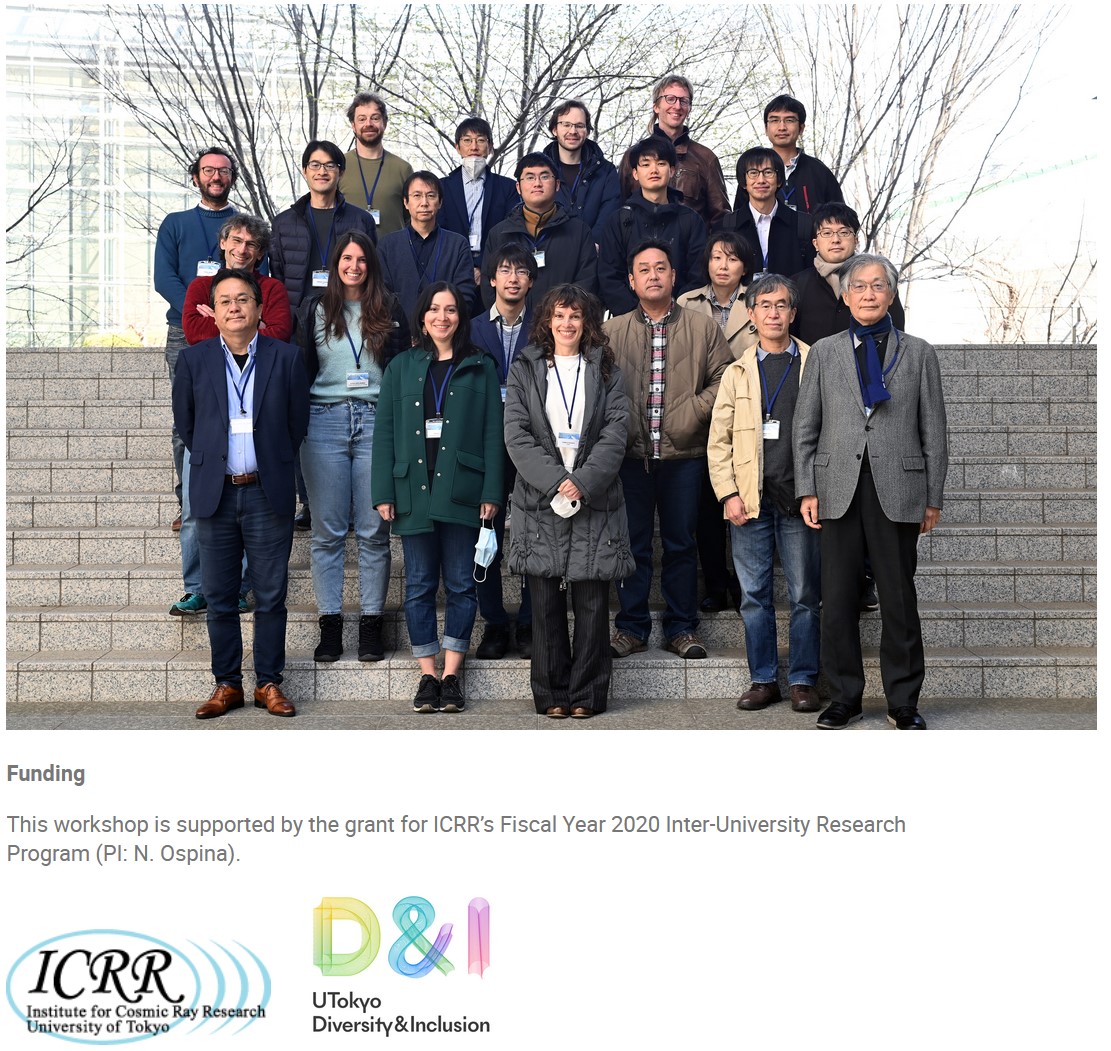