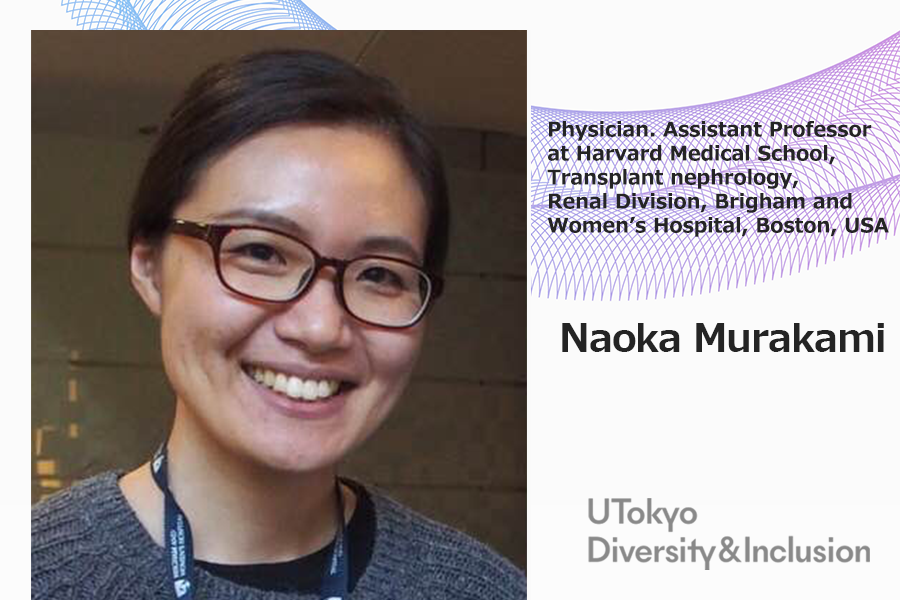 D&I has been on the agenda for some time now, but it’s been a long journey to make it a reality. In particular, there are numerous challenges related to gender equality throughout the world. Even in the United States, the gender wage gap, where the lifetime earnings of female doctors is only around 75% of what their male counterparts make, has become an issue.

What about Japan? When I was a student at the University of Tokyo’s Faculty of Medicine in the early 2000s, less than 15% of students were women. And the proportion of female faculty members was even lower. To improve this situation, it’s essential to transform people’s mindset, not just within the university but across society as a whole, to build a more supportive working environment for women, provide child care support and take other measures. I had the experience of giving birth and raising a child while enrolled in the Faculty of Medicine’s Ph.D.-M.D. Course, but I was able to continue my research because my supervisor, then-Professor Takao Shimizu (and former dean of the Graduate School of Medicine), introduced a flextime system and allowed remote work, which now has become commonplace. The Faculty of Medicine’s Committee for Gender Equality is continuing its efforts by providing career support services and discussion forums. I myself was given a valuable opportunity to talk about career development for women doctors and researchers.

I hope that the movement to promote D&I at the University of Tokyo will prompt further support for women and raise awareness throughout society.