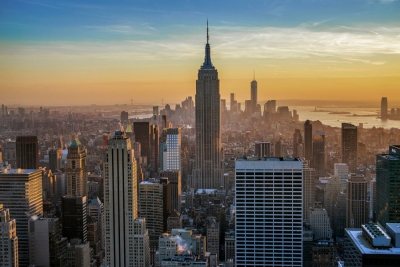 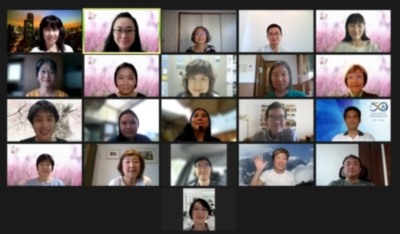 For the first time, Thai Todai Alumni and Todai Women's Network-Community Satsuki-kai held an online social event on Saturday, September 10. On the day of the event, a total of 23 people (including staff), 9 Thai and 14 Japanese, participated in the event, and it was a very productive exchange.

On the Japanese side, Mr. Ryoichi Ieda, who has stayed in Thailand three times and has a wealth of knowledge about Thailand, including working as the president of a local corporation, gave a presentation entitled "What I have learned from working in Thailand"; from Thailand, Ms. Parinda, who is currently an assistant professor in the Department of Biology, Faculty of Science, Mahidol University, gave a presentation entitled "My experience studying in Japan and my adaptation to Thai"; Ms. Ruttiya, Vice Dean of the Faculty of Population Studies at Chulalongkorn University, gave a 10-minute presentation on "My life between Tokyo and Bangkok: Why I entered the University of Tokyo, my change of perspective, my work at a Thai university and gender perspective."

After each presentation, the students were divided into groups of 4-7 and had a discussion on the theme of what they felt after listening to the presentations.

On the Japanese side, they learned many things that they did not know before, such as the fact that when Thai people are angry with their bosses, their first priority is to appease their bosses before apologizing, that Thai people like Japan much more than Japanese people think, and that about 80% of faculty members at Thai universities are women. They realized how little we knew about Thailand and learned a lot from this event. The Thai members were very pleased that they had not had this kind of exchange since they returned to Thailand, and they expressed their desire to continue the relationship in the future.

The following are examples of participants' comments:

Both Thai Todai Alumni and Todai Women's Network-Community Satsuki-kai would like to expand this kind of "exchange event with alumni overseas" to other areas in the world. 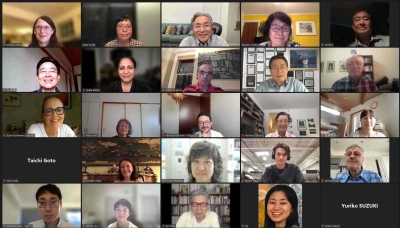 For the inaugural Fireside Chat, Prof. Ko-Yung Tung discussed the topic of “The Supreme Court: Why it matters so much in the U.S. and so little in Japan” on July 30 (US) and July 31 (Japan) via Zoom. The Chat was sponsored by Friends of UTokyo (FUTI), Satsuki America and FUTI Alumni Association.

Prof. Tung, a lecturer on law at Harvard Law School, was a Foreign Fellow at the University of Tokyo, Faculty of Law, and General Counsel of the World Bank. The moderator was Dr. Geeta Mehta, professor of architecture at Columbia University, who earned her Ph.D. in architecture from UTokyo.

Dr. Mehta started by asking Prof. Tung why the roles of the Supreme Courts of the U.S. and Japan differed so much when the Japanese Constitution of 1947 was essentially written by Americans under the Occupation. Prof. Tung briefly recounted the drafting of the U.S. Constitution by noting that it was a compromise document between the Federalists who favored a stronger national government against the anti-Federalists who were concerned with protecting the rights of States, including slavery. This tension and compromise produced many provisions of the U.S. Constitution that still divide U.S. politics and jurisprudence. On the other hand, the Japanese Constitution was drafted essentially by three young and idealistic Americans without real opposition from the Japanese Government (which was under SCAP control) and people (who were not invited to participate in the drafting). The American drafters were primarily interested in “demilitarizing and democratizing” Japan in accordance with the Potsdam Declaration of 1945 with the so-called “Peace Provision” in Article 9 and with extensive civil rights to the Japanese people.

Most of the questions from the participants focused on the Japanese Supreme Court and its decisions. One questioned the “independence” of the Japanese Supreme Court as it has overturned so few legislations as unconstitutional (only 8 during 1950-2010; as compared with over 900 in the U.S., over 600 in Germany, and over 1/3 in France). Prof. Tung noted the uniformity of the background and the closeness between the judicial and the executive branches of government making orthodoxy quite an expected result.

Another question asked about “controversial” judicial cases in Japan. Prof. Tung mentioned that currently the same-sex marriage issue is very controversial. Art. 24 of the Japanese Constitution provides that “marriage shall be based only on the mutual consent of both sexes...”. Last year the Sapporo district court interpreted that Article to allow same-sex marriage based on the sexual equality provision in Article 14 of the Constitution. However, this year the Osaka district court ruled that same-sex marriage was barred by Art. 14. Both cases are up on appeal at the High Courts, and most likely will go to the Supreme Court. It will be interesting to see how the Japanese Supreme Court will rule on this issue.

Given the time limitation, there was not enough time, unfortunately, to deal with many other interesting questions.

The online format allowed more than 35 members to join this event from the U.S., U.K. and Japan. Participants’ backgrounds were diverse, ranging from graduate students to corporate executives, scientists and legal professionals. The session ended with a huge applause, with many participants asking Prof. Tung to come back and give a continuation of the talk. 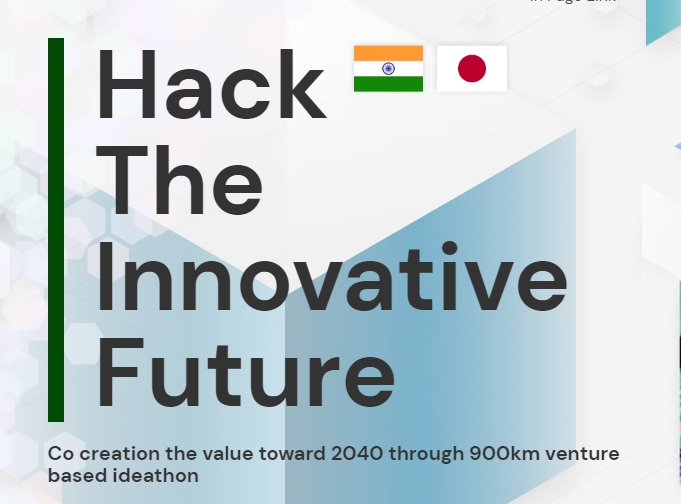 The year 2022 marks the 70th Anniversary of the Establishment of the Diplomatic Relations between Japan and India. To commemorate this, an Ideathon is being organized for next generation leaders so they can get a first-hand feel of Indian society and its challenges. Members of the Steering Committee include Nao Shigeta, CEO, Infobridge India and member of the Board of Directors of Indo-Akamonkai (UTokyo Alumni Association of India).

Providing an opportunity for Japanese and Indian youth from different backgrounds will serve as the link between the two countries to help shape the future by achieving mutual understanding and personal growth through travel and teamwork.

(June 16, 2022) FUTI to launch Fireside Chats for UTokyo’s International Alumni and Friends: You are invited to fill out the Alumni Survey! 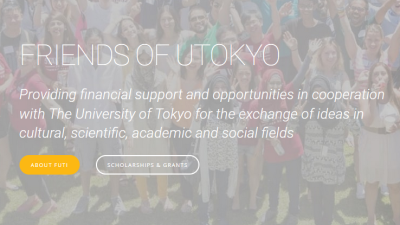 Dr. Geeta Mehta, the board member of Friends of UTokyo (FUTI) in charge of international alumni networking, has announced the launch of a Fireside Chat series for UTokyo’s international alumni and friends, which will begin in mid-July in New York City. Please fill out the online survey which Dr. Mehta and her team are conducting in order to identify alumni’s interests/preferences. [The online survey form can be obtained by contacting info@friendsofutokyo.org.]

The purpose of the series is to encourage spirited dialogues among UTokyo international alumni and friends and develop a supportive network among them. The Fireside Chats are designed to provide a platform for alumni to discuss the topics of their mutual interest in an informal setting.

Dr. Mehta and her team’s message about FUTI’s launch of the Fireside Chats series for UTokyo’s International Alumni and Friends:

“We are so excited to be creating, with your help, our in-person (and/or online) Fireside Chat series in New York, starting in summer of 2022. This will be an opportunity for all our alumni, including international alumni, to connect, learn about each other, and celebrate the ongoing achievements of UTokyo. As the first step in this planning, we request you to fill in the survey.

We want YOU to help design the Fireside Chats the way you want! These could include a brief presentation/dialogue on topics of interest to you such as your favorite books, research, projects, current affairs and more. These could be followed by socializing and networking over some food and drinks.

We expect the Chats to take place several times throughout the year, welcoming UTokyo’s international and other alumni.

Looking forward to receiving your completed survey by June 30, 2022 and seeing you in the near future.”

On July 2, 2021, the Constitution of UTokyo Alumni Association (“UTAA”) was amended to clearly state “to support the University of Tokyo” in the purpose and the business of UTAA and to create an article on Membership Fees (one-time payment of 10,000 yen by each Member) for the financial independence of UTAA.
https://www.u-tokyo.ac.jp/en/alumni/utaa.html

Top
Inquiries about the content of this page: Alumni Affairs, Division for External RelationsSend inquiry