Why UTokyo?
Home > Why UTokyo? > In Depth > Executive Vice President Hiroyuki Yamato: Providing a Sound Financial Backing for the President's Reforms
In Depth

You are in charge of finances, an indispensable aspect of University operations.

Yes. For the University of Tokyo to become the world's best university where outstanding people from countries all over the world can cooperate and compete with each other, it is vital to systematically fortify our finances, governance and compliance. I believe this is the most crucial task that must be accomplished during the tenure of President Gonokami.

After the incorporation of national universities in 2004, the University's financial operations have changed drastically. Furthermore, from this year, the Ministry of Education, Culture, Sports, Science and Technology (MEXT) is pressing forward with a policy that asks national universities to improve their management capabilities. With this policy in mind, we have to develop and implement financial strategies that go one step further than previous ones.

Management Expenses Grants have been constantly decreasing. Has this caused any financial difficulties?

I think external relations are pivotal to sound financial management. They are also important in the sense that they enable the University to diversify its revenue channels. While it certainly wouldn't be easy, we may need to consider making sweeping changes to how we conduct external relations. For example, the Division for Development could be made independent from the University system, with its duties being expanded to include asset management.

I think that new educational projects, such as the Hands-on Activity Programs and the Global Leadership Program (GLP), are the ones to which the University of Tokyo Foundation needs to give priority. This is because these projects are unlikely to receive constant financial support from MEXT, contrary to research projects.

I want to improve the condition of the University's finances and show people both inside and outside the University what a university's finances should be like. To do so, we need to implement transparent decision-making, refine our information systems and systems related to institutional research (IR) and train "office professionals" who can efficiently handle an increased amount of jobs. I expect that through these efforts, the University will provide a model that other incorporated national universities can follow.

So, Professor Yamato, could you tell us about your field of specialization, "industrial information systems"?

I proposed the field of industrial information systems as a discipline for researching how to create optimal environments for manufacturing, as well as for studying the efficient operation of industrial environments for computers, networks, sensors and other such devices used to carry out design, manufacturing and operation. I originally specialized in naval architecture. As times have changed and you can now draw plans on computers and with the help of the Internet rather than having to physically draw them out by hand, it has become easier to refer to designs created by predecessors. Also, I have developed a CAD system for naval architecture with information built into the software. This system allows an AI to handle the basic aspects of architecture so that humans can focus on the more important parts.

I was also involved in what is called "process planning." For example, when building a ship, you have to construct it from the bottom up. My research concerned using computers to calculate efficient shipbuilding methods; essentially, determining how the iron for making the ship should be cut, and what sequence would be best for welding the iron parts. When researching all of these developments together, one can see that some of these techniques and research results can be used in "Industrie 4.0" (the fourth industrial revolution).

The digital archive of documents related to Doctor Yuzuru Hiraga, the 13th president of Tokyo Imperial University (currently the University of Tokyo) and a leading naval architect before World War II who designed many warships, is another product of industrial information systems studies. A total of 40,000 documents involving Doctor Hiraga that had not been categorized, including blueprints and pictures, were classified using the same architecture as the naval architecture system and made available to the public in 2010. Even now, we are still working to improve searchability of the archive.

You have also focused on on-demand transportation systems.

Yes, I have been working on a new transportation system that takes people door to door from their homes to their destinations whenever they like. Getting to the Kashiwa Campus used to be difficult as there were only city buses from the train stations. So, I started experimenting with this system out of necessity. This system is now established as an on-demand transportation service called Convinicle (Convenient and Smart Vehicle), and has been implemented in 40 municipalities across Japan, including the Tamaki-cho municipality of Mie Prefecture. If you happen to see the green Convinicle logo mark, please think of me and my research! 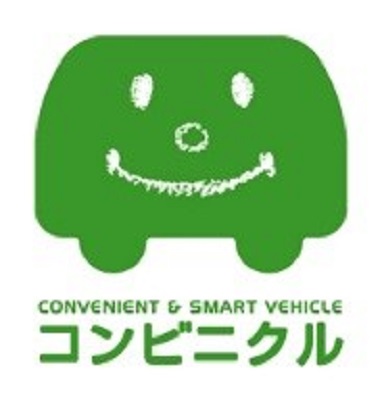 * This interview was originally printed in Tansei 31 (Japanese language only).